Holland Township Fire Chief Jim Kohsel tells FOX 17 they got the call around 11:15 a.m.  The homeowner in the 300 block of Lakewood Blvd reported that he experienced some kind of electrical issue while he was cooking that sparked the blaze.  He was the only person inside during the incident.  He got himself out of the home and was uninjured.

The two units next to where the fire started were also damaged because of the extreme heat.  Chief Kosel says there was only exterior damage to those units and again no one was injured inside either. 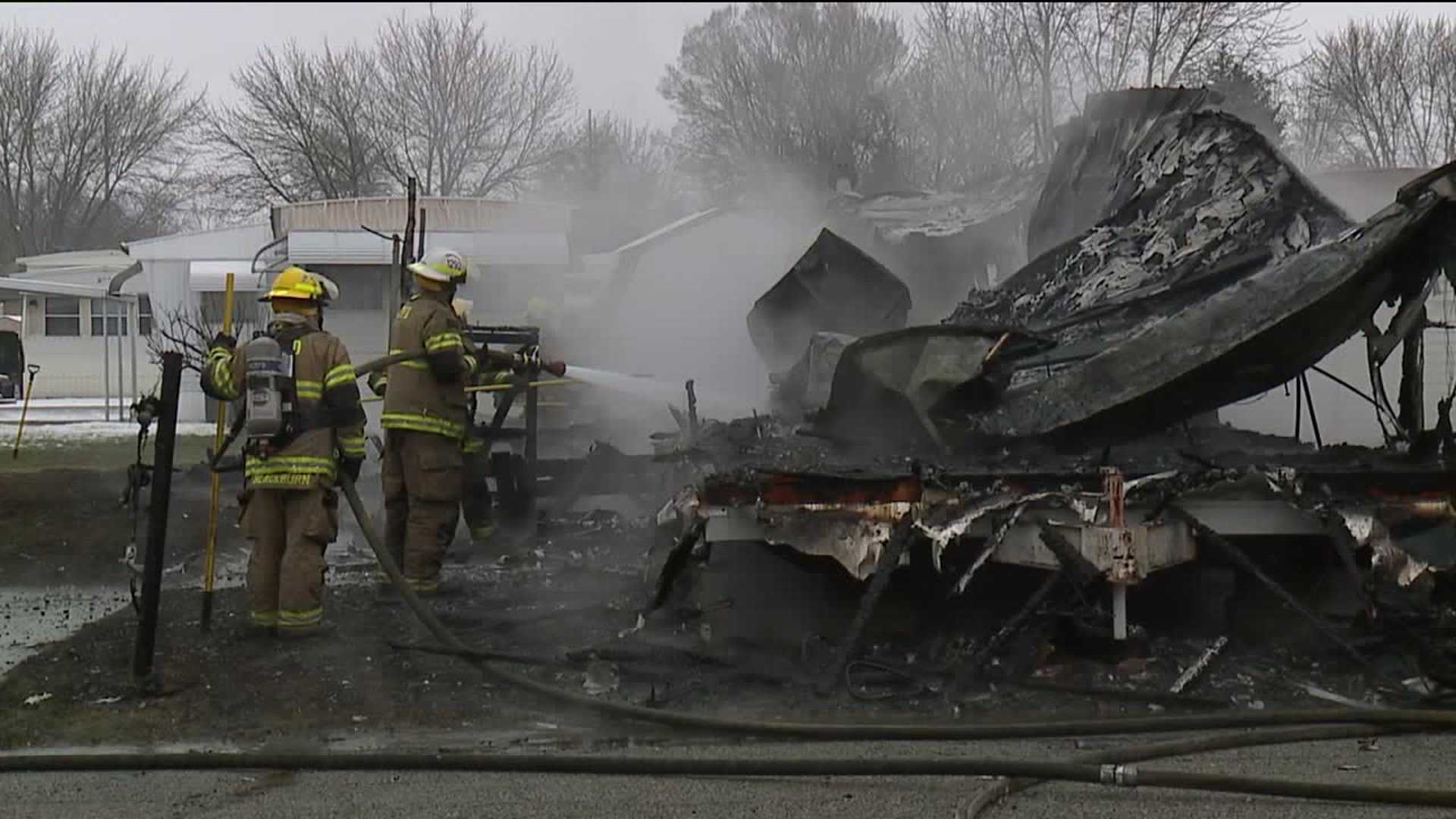 Listen to Fire Chief Jim Kohsel speak to media after getting the fire knocked out: