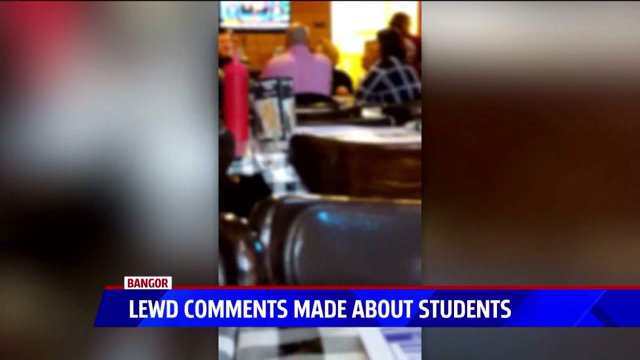 BANGOR, Mich. -- The secretary of the superintendent of Bangor Public Schools has resigned and several teachers were disciplined after a video surfaced online that allegedly showed teachers and school staff playing a game at a bar. The game asks the players to name three people they would marry, have intimate relations with or kill, and the footage shows those staff members naming students and other teachers in the game. Some were names of students with special needs.

Many parents at the school board meeting Monday night demanded a time to sit down again and have more of their questions answered. They're also demanding the school board to say whether or not they knew about the video before Monday because it was recorded on Jan. 13.

Bangor Schools' attorney Robert Hubert announced there would be no further action taken against the staff members involved. Secretary to the superintendent, Patti Waite, resigned Monday morning. Two teachers were suspended and four other teachers were verbally reprimanded

"It's disturbing to know that these are our educators," said parent Jennifer Prentice. "They are in charge of protecting our children, keeping our children safe, and the fact that they just blew that out of the water shows their character and shows that maybe they're not right for this job."

"It was heartbreaking," said Amanda Reprogal, parent of a 15-year-old in the district. "My heart sank, and I was disgusted."

Reprogal says her son, Treyson, was one of the students named in the video.

"We made our best assessment based on the facts, and reasonable minds can differ about things," said Hubert. "This is our thought on what was best under the circumstances."

Hubert says the two teachers who were suspended will be on a probationary period for five years and closely watched.

"We're going to be following up and monitoring how these teachers do," said Hubert. "I think they've learned their lesson from all of this."