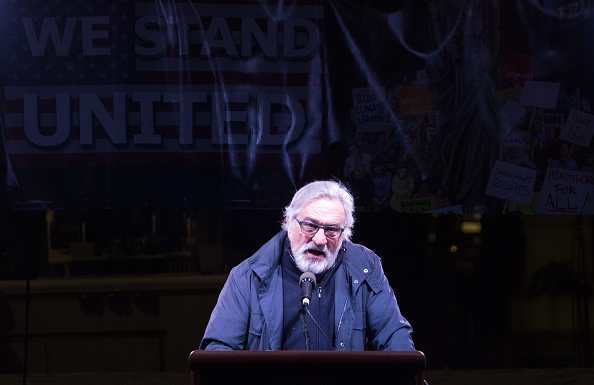 NEW YORK (AP) — City mayors, actors and hundreds of New Yorkers have gathered outside a Donald Trump building for a pre-inauguration demonstration.

Organizers said the Thursday event outside the Trump International Hotel and Tower near Central Park was meant to express concern about the president-elect’s plans.

Director Michael Moore urged the crowd to regularly call their representatives in Congress, giving out a switchboard number.

The mayors of New York City and Minneapolis also joined the rally.

Actor Alec Baldwin, who portrays an exaggerated Trump on NBC’s “Saturday Night Live,” briefly did his impression for the crowd. He says Americans wary of Trump’s policies should become more civically involved.

Trump is in Washington, D.C. His swearing-in ceremony is Friday.