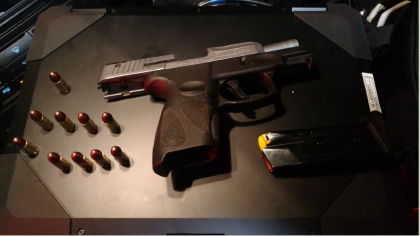 GRAND RAPIDS, Mich. — A traffic stop resulted in two arrests Friday night, including a teenager who was carrying a handgun and ammunition.

At 9:15 p.m. Friday, a Grand Rapids Police Department officer witnessed a car that failed to stop upon leaving a driveway from a local business. After the vehicle was stopped on Griggs Street near Madison Avenue SE, the 20-year-old driver was arrested for driving with a suspended license.

A 19-year-old passenger then was arrested on weapons charges after officers located a 9mm Taurus handgun on his person.

The incident remains under investigation by Grand Rapids police.