GRAND RAPIDS, Mich. -- A homeless man in Grand Rapids left a heartfelt note of thanks after a complete stranger left him food.

The man spent over an hour writing his 'thank you' note, not even knowing if it would reach the person who left a box of free food by the street.

Ryan Peninger said his roommate brought the food home from work Friday night.  Instead of keeping it, they decided to give it away to those in need.

"To me, right away I was like there are people who need this food," Peninger said.  "There's people who can eat this food."

He put the box of food next to a light pole on the street near his apartment with a note that said "Please take."

He waited and watched from his window.   Four hours later, a man saw the box and took a single sandwich.

The man then went to a dumpster to find a piece of paper to write on.   Ryan says the man spent the next hour writing a 'thank you' note and left it on the box of food. 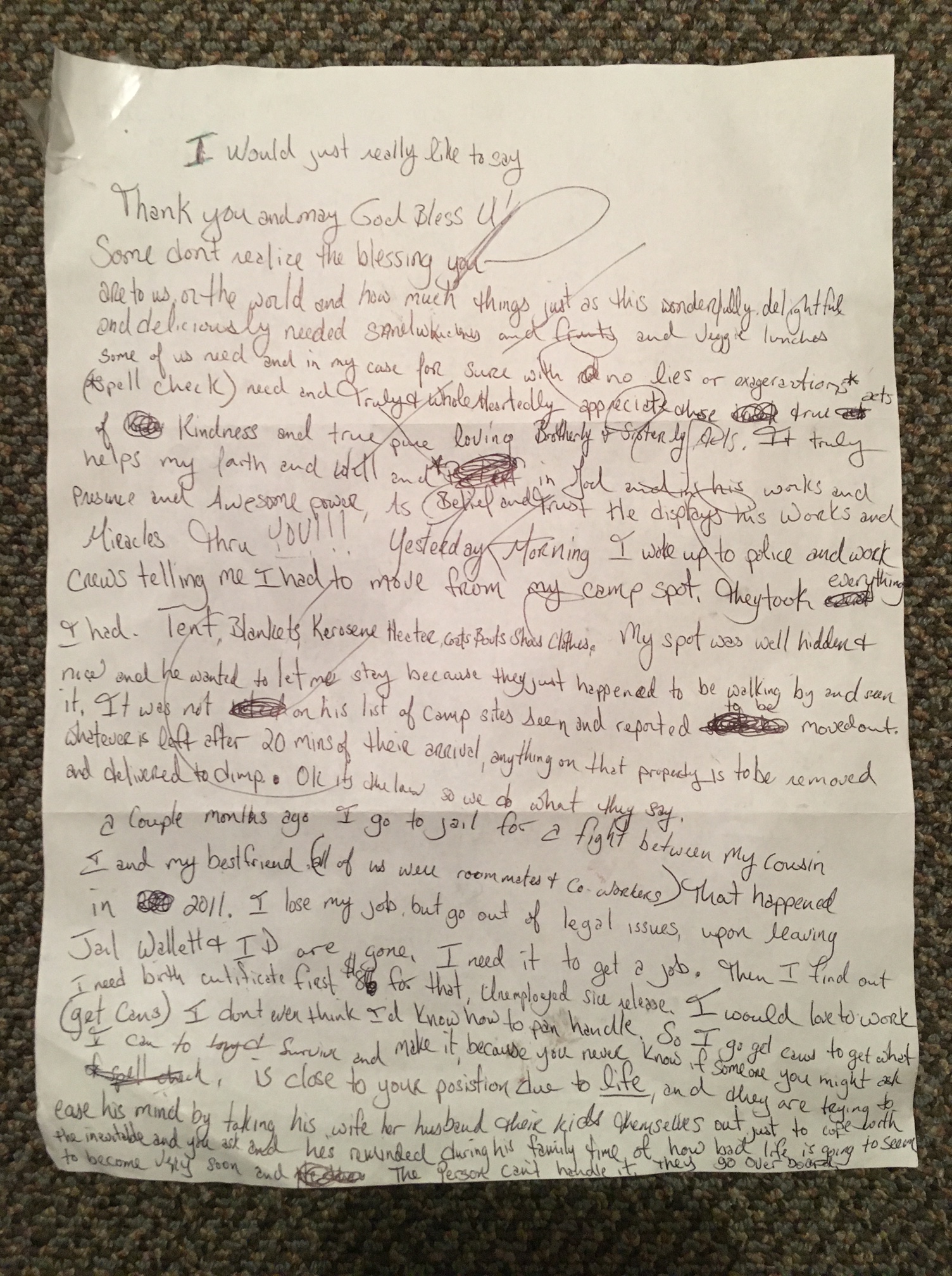