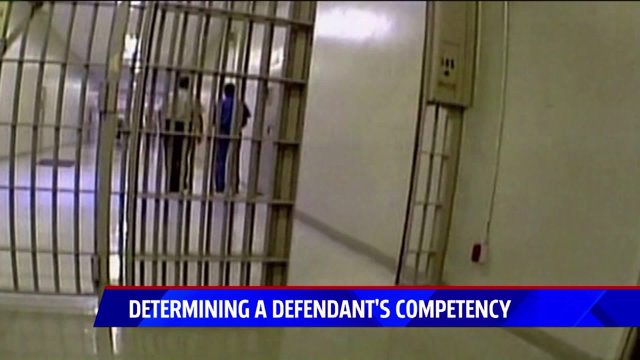 Jason Dalton is accused of being behind the trigger of a mass shooting spree in February that left 6 people dead and 2 others wounded. Charles Pickett Jr is accused of driving a pick-up truck into a group of bicyclists in June, killing 5 and injuring 4 others. Both men have pending court dates, and prosecuting them has brought about serious questions about their mental health at the time of the crimes.

Enter forensic psychology - a field that delves into the minds of suspected criminals that tries to determine whether or not suspects comprehend the atrocities their accused of committing.

"When someone gets involved in a case and there`s a concern that their mental illness contributed to a crime they may or may not have committed, one of the things you`re going to want to determine is whether or not they are competent at the time of the trial," said Dr. William Sanders, the co-director of forensic psychiatric and psychologist services at Pine Rest. He's one of only 35 trained professionals performing court-ordered mental health exams in Michigan.

One of the tasks for a forensic psychologist is seeing if the defendants understand the court system enough to participate in their own defense.

If at any point a judge, prosecution, or defense doubts a defendant's comprehension, then they have a right a hearing to determine competency, ultimately prompting a mental health exam. Dr. Sanders says about 95% of suspects who enter this process are eventually able to participate in their own trial after receiving medication or psychotherapy.

A defendant's competency must be decided before their trial begins, and both Pickett and Dalton have been cleared to stand trial. Pickett was greenlit after his evaluation showed no evidence of him experiencing any thought or mood disorder. And Dalton was found competent to stand trial, despite an outburst during a preliminary hearing. His attorney is seeking to use insanity as a defense, leading to another court-ordered mental health exam.

"I think a lot of times that`s what really delays the hearing quite a bit," Dr. Sanders said. "We might feel they`re competent to stand trial and say, 'Well we think they`re able to participate,' and then they`ll go to court and say something totally inappropriate to the judge, they can`t remain calm in court and can`t maintain their behavior."

In determining competency, Dr. Sanders says forensic psychiatrists look to see if the suspect has a mental illness and if that illness contributed to the crime, and if so, see if they understood what was happening at the time of the crime. Other factors they evaluate include the suspect's IQ, the environment they grew up in, and any kind of trauma they may have dealt with.

However, Dr. Sanders says that suffering from a mental illness is not a foolproof defense, saying that they might still be able to understand right from wrong, making a not guilty verdict by reason of insanity very rare.

Dr. Sanders went on to say that courts and attorneys want cases to be processed as quickly as possible, but if somebody is mentally ill, it draws out the legal process.

In addition to drawn out court cases, evaluating mental health is expensive. According to the Center of Forensic Psychology, a single mental evaluation can cost the state of Michigan more than $1300. And the 35 forensic psychologists statewide report they see an average of 4000 defendants annually.

Pickett has a pretrial conference scheduled for Friday, December 2. The doctor administering his earlier evaluation said he should be able to attend testimony in his upcoming trial.

Dalton has an internal status review December 9 to monitor the process of his psychiatric exam.