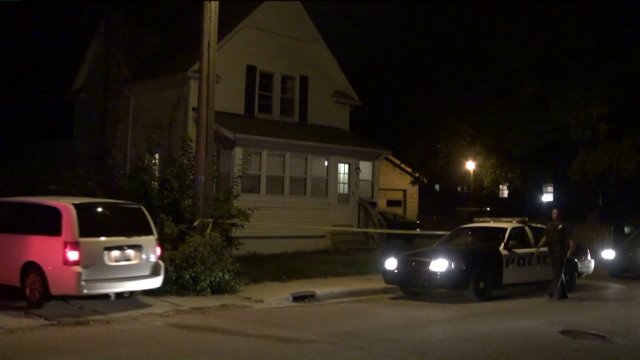 KALAMAZOO, Mich. — Detectives with the Kalamazoo Department of Public Safety are working to determine what led up to the shooting deaths of two teenagers late Monday night.

The victims were identified Tuesday morning as Marsavious Frazier, 17, and Daqarion Hunter, 17, both of Kalamazoo.

Investigators say they were called to the 1500 block of Clinton Avenue around 9:00 p.m. for a reported shooting.  Officers arrived to the scene to find the two teens with gunshot wounds in an alley just north of Clinton Avenue.

Both were pronounced dead at the scene.

Scene Monday night in 1500 block of Clinton in Kalamazoo where two teens were found shot to death.

The circumstances leading up to their deaths remains unclear as police are not calling the situation a homicide. No suspects have been named and no arrests have been announced .

Early media reports Monday night suggested a police officer might have been involved in the shooting. KDPS later debunked the reports, stating officers were only involved afterward to render aid to the victims.

“It is a tragedy any time young people lose their lives. Both identified victims were Kalamazoo Public Schools students. Daquarion Hunter graduated from Loy Norrix High School this past June and Marsavious Frazier was a Phoenix High School student."

A spokesperson for KPS said grief counselors would be available to students at both schools Tuesday and through the week as needed, but would not comment any further citing an ongoing police investigation.