Kitten stuck in storm drain gets rescued and adopted

GRAND RAPIDS, Mich. — A stray kitten is now safe with a new owner after being rescued from a Grand Rapids storm drain in early August.

The kitten was saved on August 4 when 311 received a phone call with reports of meows coming from a storm drain on the southeast side of Grand Rapids.

The Grand Rapids Environmental Services Department (ESD) responded to the call to save the frightened kitten, but were initially unsuccessful as he was moving deeper into the sewer.  After blocking standing water to keep the kitten safe, ESD left and advised concerned citizens to call when the kitten came back into reach.

About 12 hours later,  the hungry and flea-covered kitten was rescued and taken to the Kent County Animal Shelter for treatment and transferred to Vicky’s Pet Connection.

The kitten was named “Puddles” and was nursed back to health and adopted by ESD’s own Stormwater Manager Carrie Rivette. He was adopted along with his best friend Oliver. 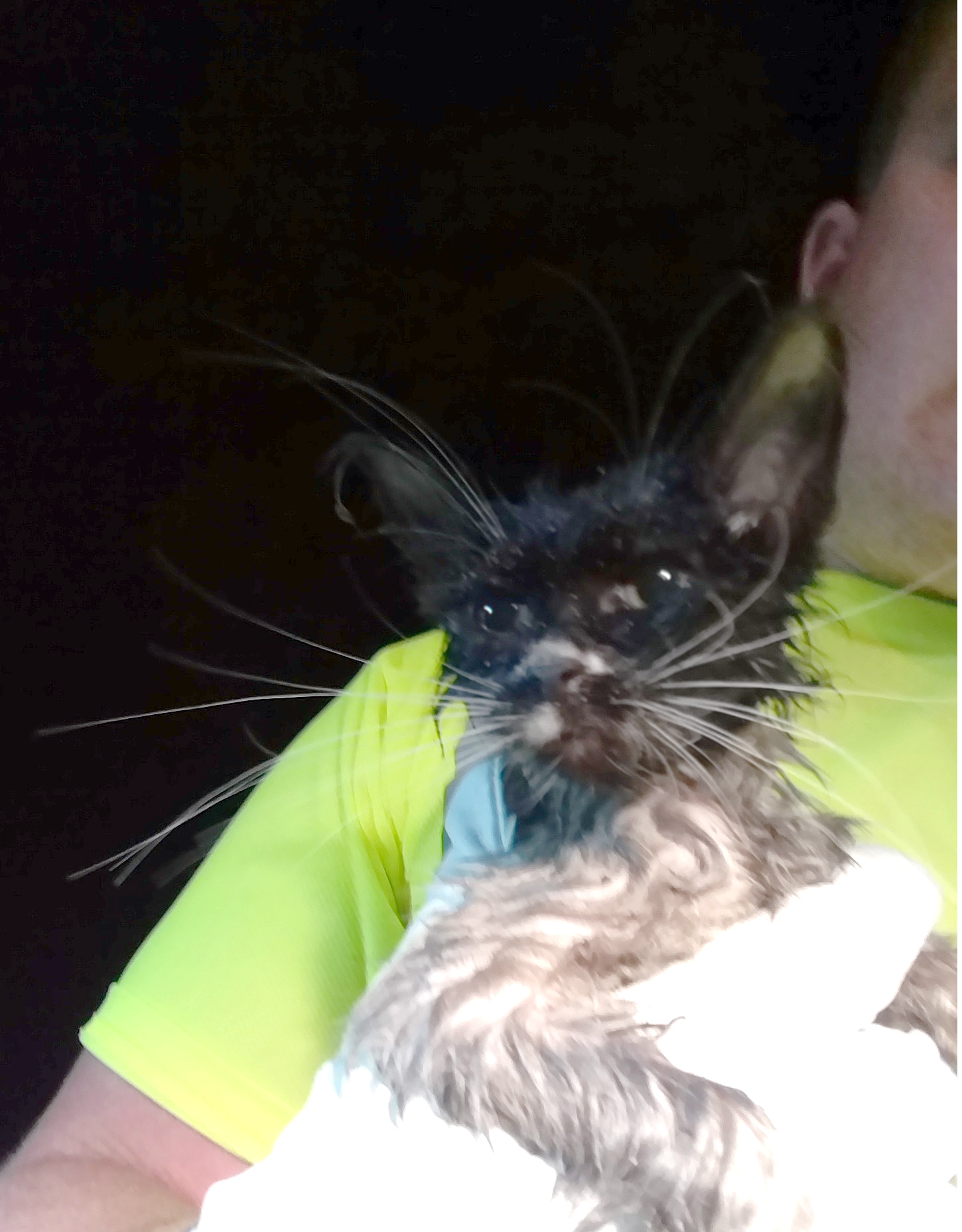