Officers searching for suspect after shooting in Allendale
Sports 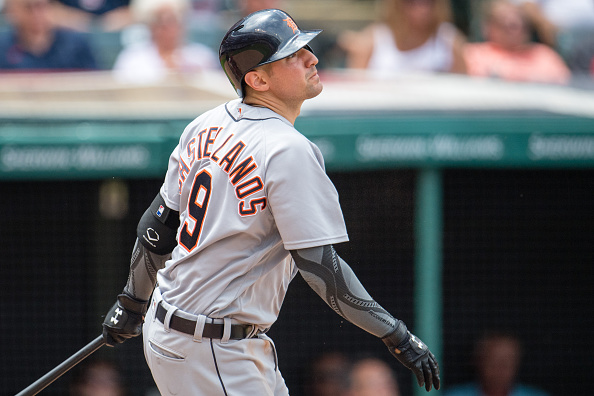 CLEVELAND (AP) — Nick Castellanos had three hits, including a three-run homer, and tied his career high with five RBIs Wednesday to lead Detroit over Cleveland 12-2 and stop the Indians’ home winning streak at 13.

Cameron Maybin hit a two-run homer and Ian Kinsler had three singles for the Tigers, who overcame a 2-0, fourth-inning deficit and beat the Indians for the first time in 12 meetings this year.

Rookie Michael Fulmer (9-2) allowed two runs — one earned — and five hits in six innings, improving to 7-1 with a 0.63 ERA in his last nine starts.

Josh Tomlin (9-2) retired his first nine batters, then gave up hits to four of his next five and lost for the first time since May 30. He allowed eight runs, tying his big league high, and seven hits in 4 2/3 innings.

Three of the runs were unearned because of an error by All-Star shortstop Francisco Lindor, who allowed Victor Martinez’s two-out grounder to bounce off his glove on a short hop. Castellanos homered over the 400-foot sign in center on the next pitch for an 8-2 lead, chasing Tomlin.