**Warning: Some of the video and photos in this story might be graphic and disturbing to some readers.

GRAND RAPIDS, Mich. — A former Grand Valley State University student says he thought he was being mugged when he claims undercover officers beat and choked him unconscious while never identifying themselves.

Officers then ordered bystanders who recorded the scuffle to delete their videos.

23-year-old James King says he yelled for help from passersby when an undercover Grand Rapids Police detective and FBI special agent put him against an unmarked SUV before tackling him to the ground and restraining him in a chokehold, causing him to lose consciousness on July 18, 2014, according to a lawsuit filed April 4 in U.S. District Court in Grand Rapids.

King said he thought he was being mugged by the undercover officers who were in plain clothes—unshaven wearing jeans and baseball hats—claiming he didn't know the two men were in law enforcement, the lawsuit alleges. The two officers approached King near Tamarack Avenue in Grand Rapids and asked him for proof of identification.

It was a Friday afternoon in July 2014 when King said he was walking down Leonard Street NW toward Tamarack Avenue to his job at a local science education non-profit called Geek Group when he encountered the two undercover officers.

King said Allen and Brownback were leaning against their unmarked black SUV when he passed them. Unknown to King, the two undercover officers were members of a joint fugitive task force between the FBI and Grand Rapids who were looking for a fugitive named Aaron Davison. 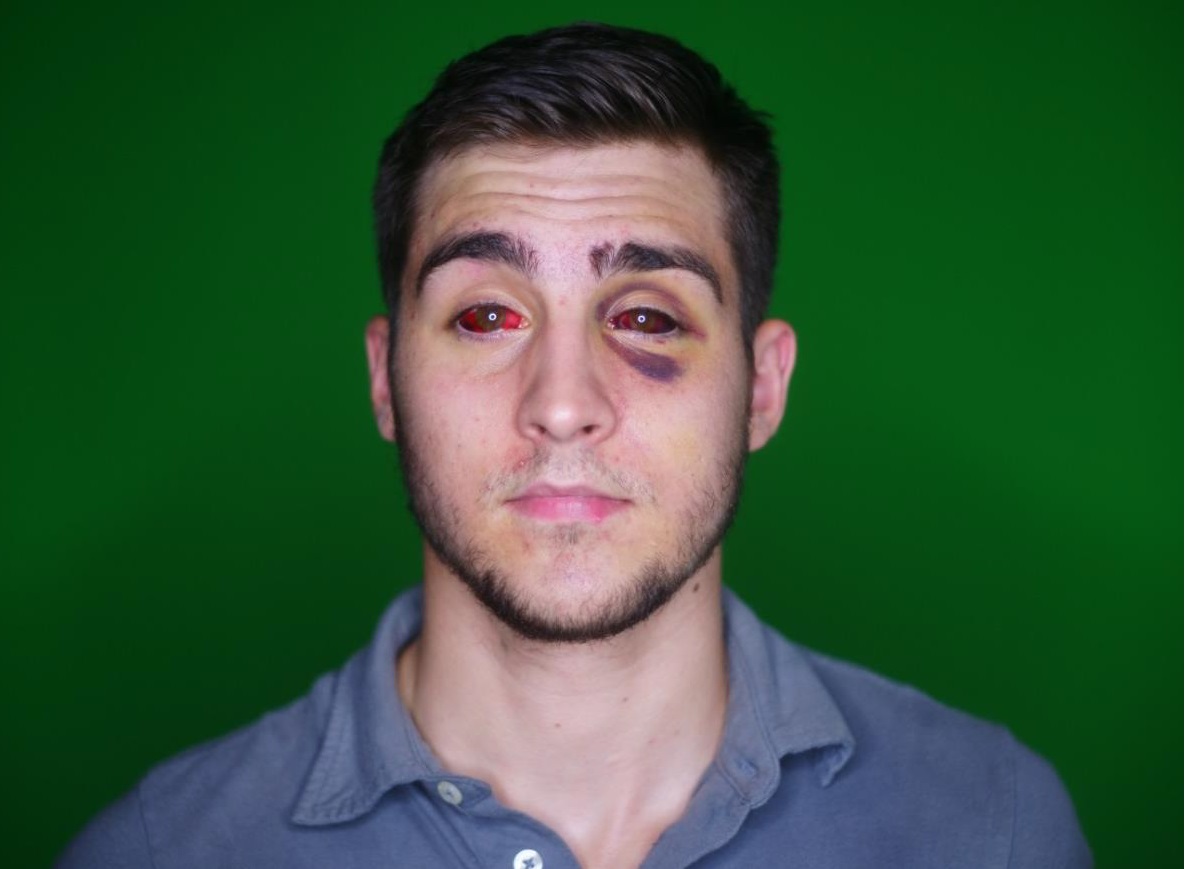 Davison, who was known only to police to be a 26-year-old white man between 5 feet 10 and 6 feet 3 inches tall,  was wanted for home invasion and had been spotted in the area previously.

The lawsuit says the officers had only a seven-year-old driver's license photo and more recent Facebook photo of Davison in which his face was not visible.

Determining King matched the broad description, the undercover officers approached the then-21-year-old asking for identification, which he didn't have, according to the lawsuit.

The officers were wearing lanyards with badges, but King couldn't read what the badges said.

King complied with a request to get against the unmarked SUV and put his hands behind his head.

Brownback patted down King's legs and removed his wallet before attempting to place him under arrest for failing to produce identification or answer questions, both officers latest testified under oath.

"Are you mugging me?" King asked the officers, according to the lawsuit.

When he didn't receive an answer from either men, King turned and ran. The undercover officers quickly tackled him the ground. King yelled for passerbys to call the police, the lawsuit states.

The undercover GRPD detective said he beat King in the head and face "as hard as I could, as fast as I could, and as many times as I could," the officer later testified under oath.

King was chocked unconscious. He says when he regained consciousness he bit the arm of the undercover GRPD detective "in a panicked attempted to save his own life," the lawsuit said.

Several bystanders called police while recording video of the incident on their cell phones.

Among the uniformed officers to arrive on scene was Grand Rapids Police Officer Connie Morris who, the lawsuit alleges, ordered several of the bystanders to delete their recorded video of the incident.

"We got undercover officers there... delete it, delete it. It's for the safety of the officers," Morris can be heard saying in audio recorded through police car dash camera video obtained by FOX 17.

"Everybody has cameras... all we used to do was tell the story; we didn't have a picture to tell the story... We don't need no pictures."

Patrick Jaicomo, an attorney for the firm Miller Johnson who filed the suit on behalf of King, said Morris' actions led to bystanders deleting their videos of the struggle. Morris later confirmed two bystanders deleted videos, the lawsuit said.

Citizens have a constitutional right to record video and audio of officials in a public space, according to a ruling from the United States Court of Appeals for the First Circuit.

"They were out of control, pounding him," one bystander can be heard saying in the video that still exists. "They were being brutal... we thought they were going to kill him."

Asked by a uniformed officer who arrived on scene later if he had weapons on him, King responded, "no sir, I thought they were trying to mug me," he can be heard saying through dash camera audio.

King asked "please guys, is he a real police?" to which an officer replied for him to stay on the ground and that an ambulance was on the way.

King was taken to the hospital where he was later arrested, instead of being released.

A booking photo shows King's face with severe swelling on his face. King spent the weekend in jail because he was booked on a Friday, the lawsuit said.

"It became crystal clear to these officers after King arrived at the hospital that he wasn't the guy they were looking for," Jaicomo told FOX 17 on Tuesday. "And yet they still went ahead and charged him with three serious felonies."

"He could've faced 10 years in prison, they put him through this trial and he never pled; he fought the good fight," Jaicomo said.

King, who was attending GVSU studying computer science at the time of the incident, dropped out amid the ongoing criminal trial and mounting legal fees, his attorney said.

King is seeking compensatory and punitive money damages, along with attorney fees.

In September 2015, King's attorneys submitted an administrative claim with the FBI, a required legal step when suing a federal entity, Jaicomo said. The FBI was given six months to respond and failed to do so by March 2016, allowing the lawsuit process to proceed.

The lawsuit says King's family spent their life savings on legal fees during the eight month criminal case. The Alpena native is now working to become an electrician after dropping out of GVSU.

A request for comment from GRPD was referred to the Grand Rapids' city attorney's office who declined to comment to FOX 17 on Tuesday.

A representative with the FBI also declined to comment.