GRAND RAPIDS, Mich. — A semi crash closed the northbound lanes of the East Beltline during Tuesday morning’s commute, and a rollover crash backed up northbound traffic in the S-Curve. The morning was also puncuated by a number of slide-offs, but fewer than might have happened during a normal non-holiday week.

The collision that closed the Beltline occurred around 5:15 a.m. A car and a semi sideswiped one another on the slippery road. Both drivers were hurt, and the semi jackknifed into the median north of Reeds Lake Boulevard.

The northbound lanes of the East Beltline were closed, and at first a hazmat team was called to the scene because the semi displayed a placard that warned of possible inhalation danger. But an inspection by fire crews confirmed the rig was not carrying any hazardous material.

Both drivers were injured.

All lanes were reopened shortly after 7 a.m.

Then around 8:30 a.m. two SUVs collided on northbound US-131 near Leonard Street, flipping one of them onto its top. The left lanes were closed for a time, and traffic backed up into the S-Curve. There was no word on injuries. 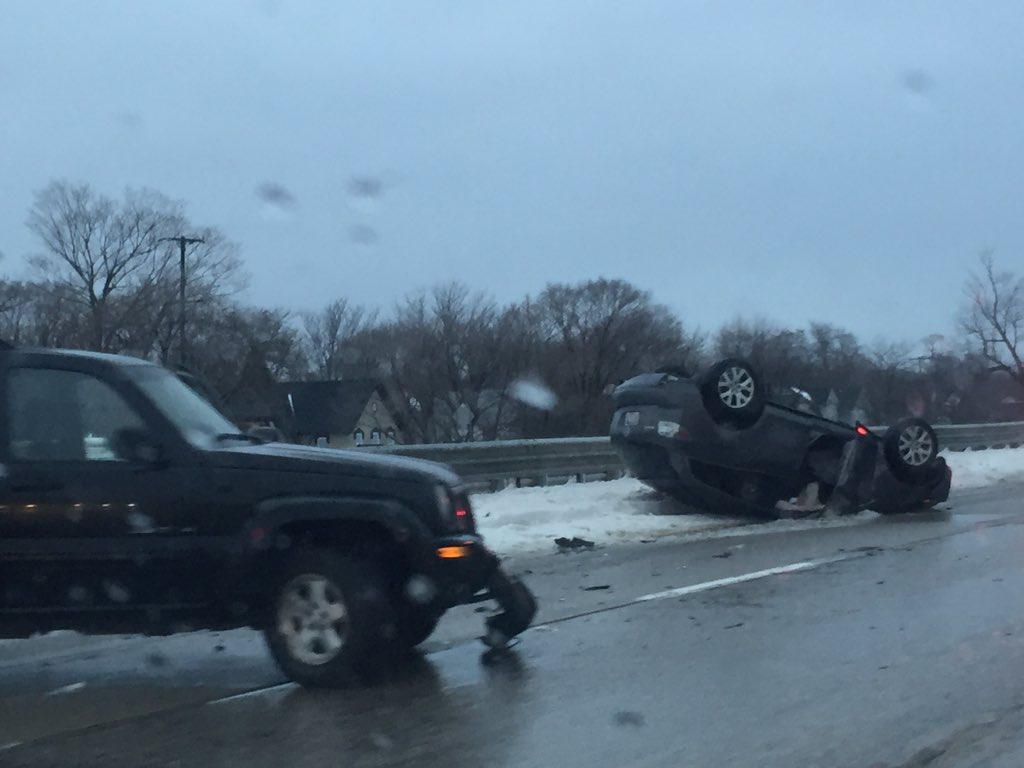