FORT WORTH, Texas — Family and friends honored a 35-year-old Army veteran on Monday during his final moments as he was wheeled through the halls of a Texas hospital to donate his organs.

Family members said Staff Sgt. Matthew James Whalen was diagnosed on Saturday with a brain hemorrhage. Sadly, he did not recover. 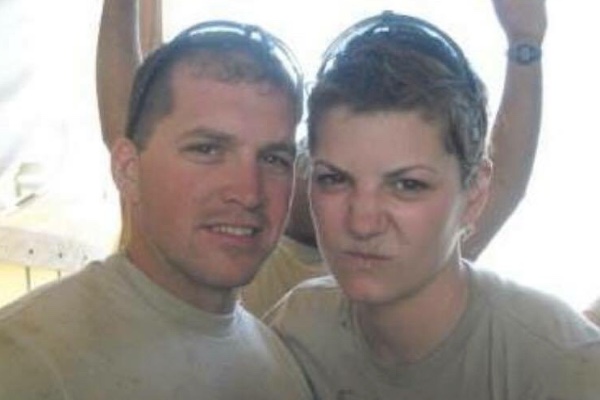 On Monday, Whalen’s family made the decision to withdraw life support and his organs were donated to two veterans.

In the caption he wrote:

“In his final act on this Earth, it’s only fitting that he gave his life and in return saved two others. And it’s almost as if it were meant to be that the two donor recipients happened to be veterans.

There is no SOP or protocol for this type of ceremony, but with the help of Matt’s wife Hannah, all of his family, the nursing staff, and an Honor Guard we were able to show our love and appreciation in the best way we could. All of you out there scattered throughout our country this close to Christmas can rest assured tonight. Your prayers and kind words these last couple days have carried the Whalen family and the support was truly felt.”

His family wrote on GoFundMe:

“On the 21st of December 2015 this hero served again, his organs were donated to two veterans in dire need of transplants. His wife Hannah Whalen was by his side and now has two small children to provide for as well as hospital bills. There is never a good time for this, but this is one of the worst times. Matthew and Hannah both served their country, as STRIKE soldiers (2nd Brigade Combat Team, 101st Airborne Division) with multiple deployments while in the army and now they need our help. We cannot bring back Logan, Mattix, and Sadie’s father, but we can help his wife and family, especially during this time of year.”

People lined the halls at Plaza Fort Worth Medical Center to say their final goodbyes. Whalen’s wife, Hannah, can also been seen in the video. The GoFundMe page has been set up to help Hannah, who is also a veteran, financially support their three children and cover medical expenses.