GRAND RAPIDS, Mich. — Overnight, the DeltaPlex has been transformed into a presidential campaign rally spot.

Current GOP front-runner Donald Trump was set to take the stage at 7:30 p.m.

Tickets were distributed earlier online.  While the venue can only hold about 7,500 people, roughly 20,000 tickets had been reserved online. But venue officials said they expect a large number of the reservations are from people planning to protest the event and not show up.

The line at the delta plex for #trump in #grand Rapids. We are still hours out from the rally beginning @FOX17 pic.twitter.com/dDTNhz1T1l

Rain? What rain? Line already stretching around the @DeltaPlexArena for #Trump @FOX17 pic.twitter.com/8ZRmMhvRaf

Joel Langlois, the Deltaplex Arena owner, said ticket holders will be admitted on a first-come basis, so he recommends arriving about an hour before doors open this afternoon.

Just hours prior to his Grand Rapids appearance, Trump announced his campaign's first hire in Michigan. The GOP front-runner named attorney and political consultant Scott Hagerstrom as his campaign director for the state.

Scott, a lifelong Michigan resident, previously served as director of Grassroots and Strategic Engagement for the Coalition Against Higher Taxes and Special Interest Deals Ballot Committee, the release said. Scott also worked in the Michigan House of Representatives and as state director of Americans for Prosperity.

“I am excited to return to Michigan where we had an incredible rally attended by over 5,000 people in August.," Trump said. "Scott will be a great asset to our team as we continue to build infrastructure beyond the early primary states and share my vision to make America great again.”

Look for live reports throughout the evening on FOX 17 News. Tonight's rally will also be streamed live on FOX17online.com 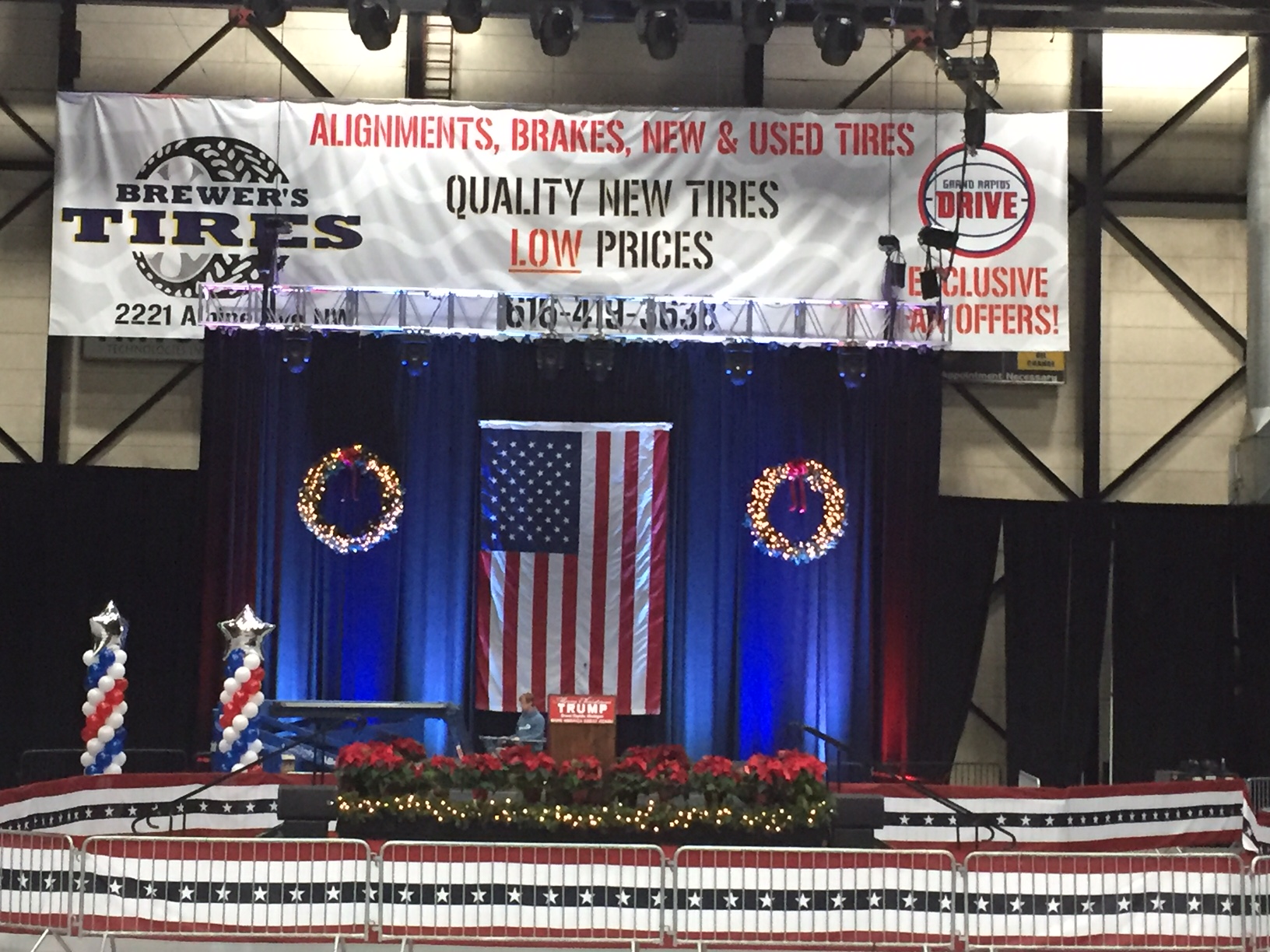