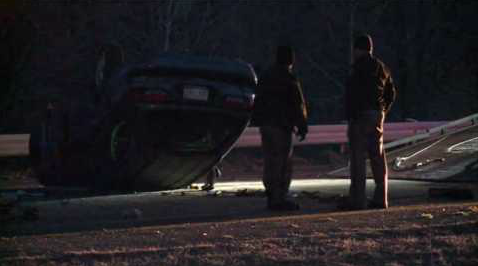 CANNON TWP, Mich. — A woman was taken to the hospital after being seriously injured in a rollover accident that shut down Wolverine Boulevard South on Sunday morning.

The Kent County Sheriff’s Department reports it happened shortly after 6 a.m.  Tommi Danorder of Solon Township, 37, was driving north on Wolverine near 10 Mile Road when she crossed the median into the opposite lane. Her car rolled over several times and landed on its roof, pinning her in, police said.

Danorder suffered serious injuries and was taken to Butterworth Hospital. Authorities said they believe she was intoxicated at the time of the accident.

Nobody else was hurt or involved.