WEST OLIVE, Mich. — A crash involving a deputy cruiser and an SUV with several teens inside closed both eastbound and westbound lanes of M-45 Lake Michigan Drive at 104th Street for several hours Saturday night.

Four teens were driving in the SUV when the crash happened. A 17-year-old girl was airlifted to a nearby hospital with serious injuries, according to authorities on scene.

"That backseat passenger that was flown by AeroMed was pinned in the vehicle there," said Ottawa County Undersheriff Steve Kempker. "We were told she was alert, conscious and talking when she was loaded in the helicopter."

The three other teens inside the SUV were taken from the scene by ambulance with minor injuries.

Two deputies were in the cruiser transporting an inmate to jail when they were hit. All suffered minor injuries, according to authorities on scene.

Witnesses said they saw the the SUV run a stop sign around 8:15 Saturday evening. The deputy cruiser then t-boned the SUV, the witness said.

Authorities confirmed the deputy did have the right of way when the crash occurred. Investigators are working to determine if alcohol or any other factors played a role in the crash.

The stretch of road reopened shortly before midnight. 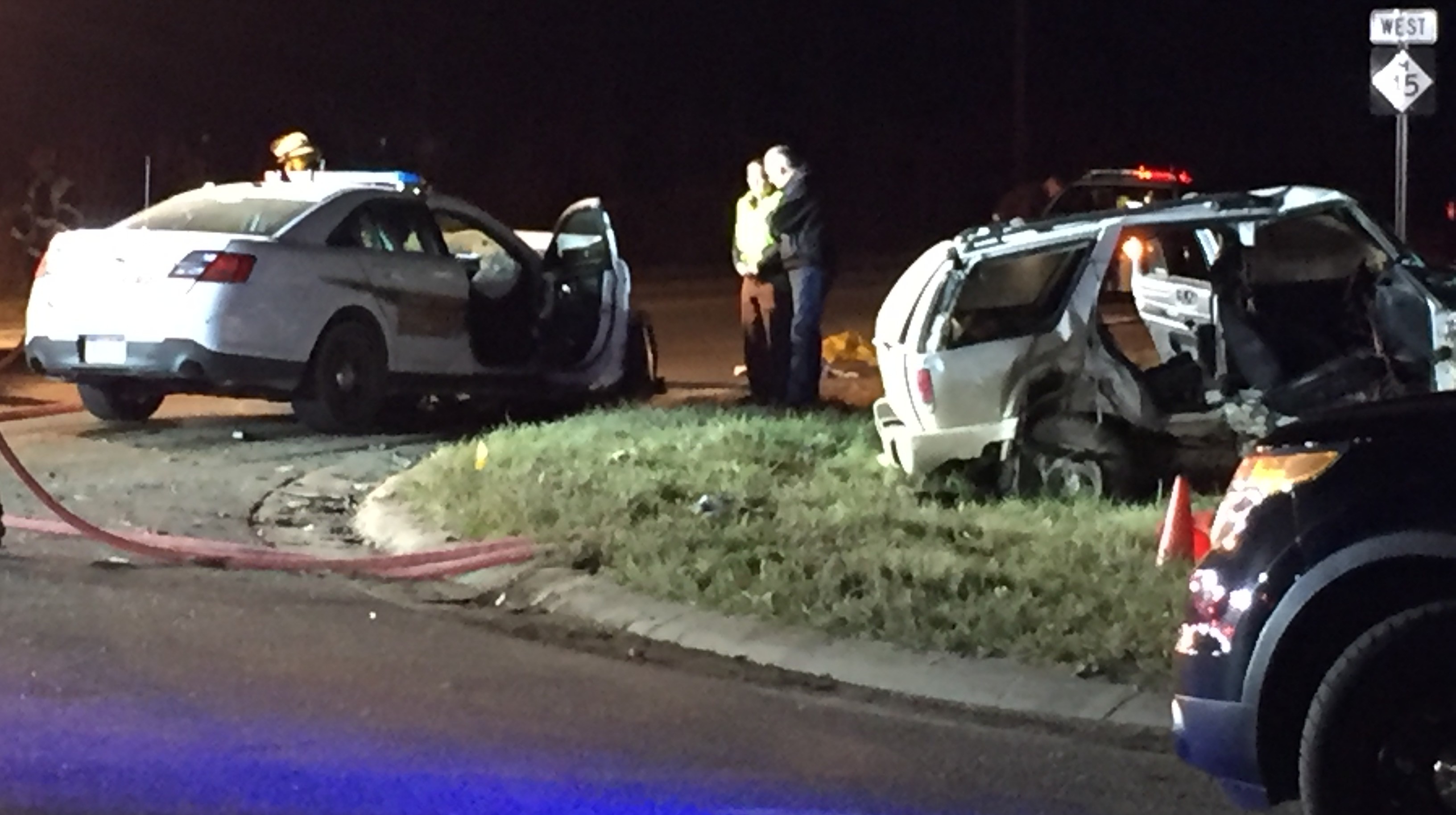