BOYNE CITY Mich. — The man who investigators believe spray painted a cat and broke its tail allegedly threatened to harm a witness after she spoke with police, according to the Charlevoix County Prosecutor’s Office.

Paul Joseph Wicker, 40, of Boyne City was charged Friday with threatening to kill or injure a witness and misdemeanor animal cruelty.

The threat charge carries a maximum penalty of 15 years in prison, while Wicker could face 93 days in jail for the animal cruelty charge, according to the Prosecutor’s Office.

Wicker allegedly yelled to a co-worker that he wanted the witness dead after she spoke with police.  The woman was present when Wicker made the alleged threat, officials said in a release.

The stray kitten was found Oct. 13 on Jefferson Street in Boyne City, according to the Charlevoix County Sheriff’s Office.   Its tail was also broken in several locations and had to be amputated.  It continues to recover. 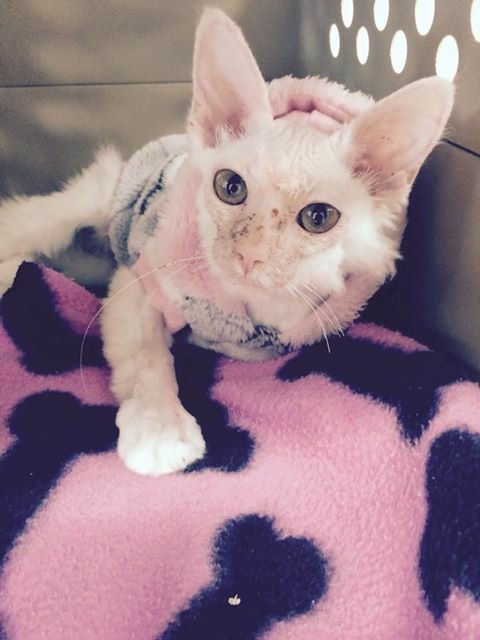