NORTON SHORES, Mich. — A family vacation this summer to the Gloucester, Massachusetts, area turned into the mother of all fishing stories for a man from Norton Shores. 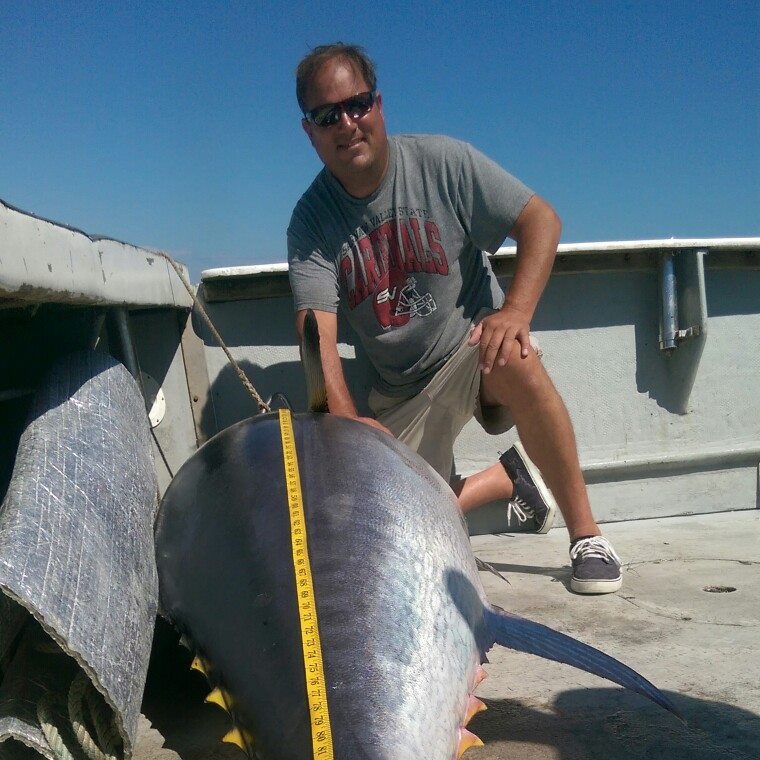 Tom Kresnak was visiting family in the area and had decided ahead of time to book a charter trip on a tuna boat out of Gloucester Harbor. Gloucester is the port city and fishing grounds made famous by the current National Geographic TV series “Wicked Tuna,” and Tom says he’s a big fan of the show.

Tom says the first day was choppy, and they had no luck with tuna. However, they did catch a number of other smaller fish and pulled some lobster pots.

However, on the second day of fishing aboard the charter boat “Connemara Bay” run by captain Kevin O’Maley, their luck changed. About two-and-a-half hours into the day trip, and about 18 miles offshore, they got a bite from a giant bluefin tuna.

“It’s the fight of your life,” says Kresnak, who added that the crew had marked a large fish on the fish-finder prior to the bite.

After fighting the fish for more than two hours, Kresnak says the crew was able to harpoon the fish and eventually pull it safely into the boat. It took four adults to get the fish on board.

The massive fish weighed in at approximately 600 pounds.