GRAND RAPIDS, Mich. — Steven Day, who was found dead alongside a Kent County road in December 2013, may have admitted to a pair of roommates that he molested a young relative and other girls, triggering an attack that ended his life, according to testimony heard in a Kent County courtroom on Tuesday.

Prosecutors say Robert McCombs, one of two men implicated in the death of Day, 54, told the court he and his roommate, Roger Musick, 39, met Day at a bar where the pair were drinking to celebrate McCombs birthday.

Prosecutors say McCombs testified Day made the verbal molestation admission at the roommates’ apartment.  Mccombs testified Musick mouthed the words “I want to kill him.”

Mccombs told the court what happened next isn’t clear, that he apparently passed out and regained consciousness to see Musick on the floor with Day in a choke hold.

His body was found by a driver on December 18 along 16 Mile Road near Myers Lake Avenue, the driver initially thinking the body was a deer.

Prosecutors say testimony this week revealed the roommates, after the assault in their apartment, allegedly loaded Day’s body into the back of McCombs’ van and dumped it on the ridge where Day was found.

Shortly after the homicide investigation began, detectives released surveillance images of Day taht showed him with a backpack and coat that couldn’t be located after his death.  Those items were dumped in a trash bin at a nearby shopping district, according to testimony prosecutors heard on Tuesday. 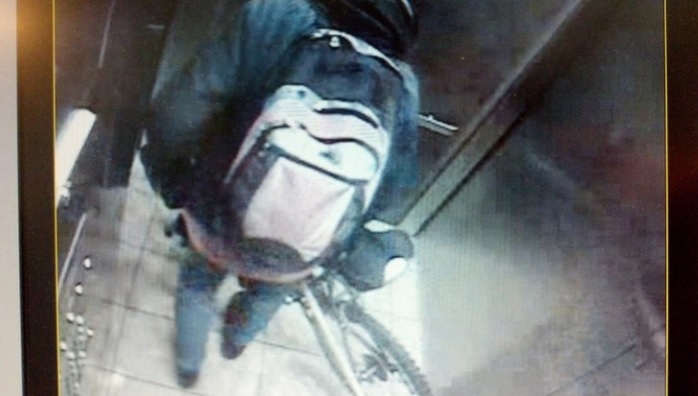 Prosecutors say Day’s cell phone was also found in the roommates’ apartment, and his baseball cap was found in McComb’s van.

Online records show McComb is charged with tampering with evidence during the course of the investigation.  Prosecutors say testimony heard in court on Tuesday was enough evidence for a judge to pursue a trial for Musick on murder charges.