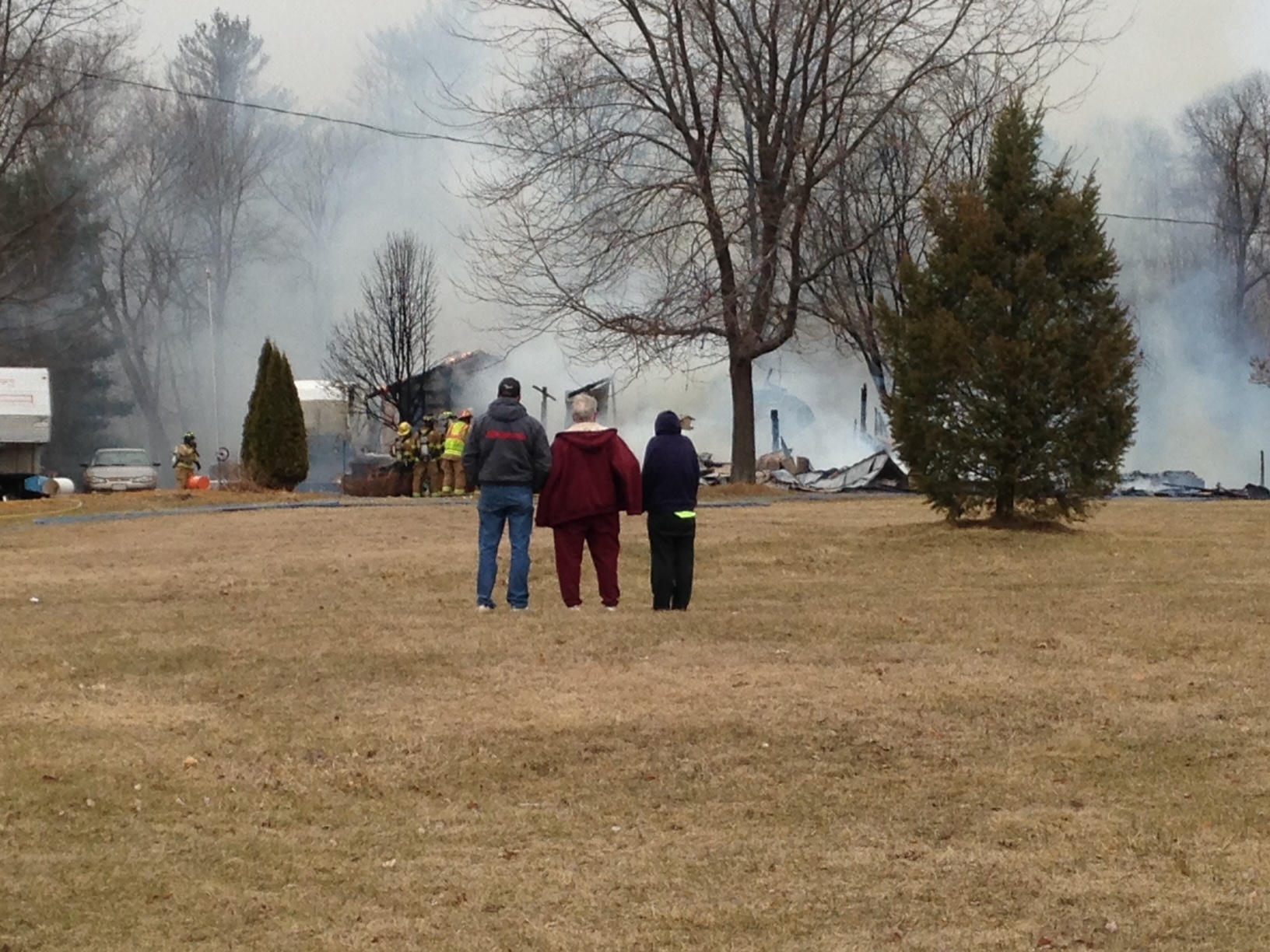 ROCKFORD, Mich. — Crews responded Sunday afternoon to a house fire that had spread to several nearby vehicles and threatened a close wooded area.

When fire crews arrived, just after 12:55 p.m., they found the house in the 8400 Block of Wabasis Ave NE fully involved- with fire and smoke pouring out the residence.  The fire eventually spread to several vehicles and started a small grass fire that was extinguished before reaching a wooded area behind the home.

Five people reportedly made it out of the home safely.

The Red Cross responded to the scene to assist the displaced family.