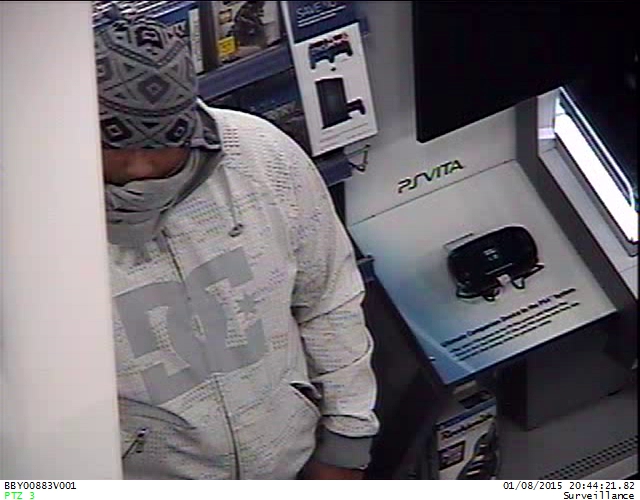 According to Capt. Mark Bennett, the robbery happened at about 1:30 p.m. Jan. 8 at the store located at 2629 North Park Dr. in Holland Township.  The suspect allegedly broke into a display case and stole two Playstaion 4 consoles.

Bennett said an employee attempted to stop the thief and suffered minor injuries during the altercation.   Shortly before the Walmart incident, deputies believe the man attempted to perform a similar robbery at an area Best Buy location.  They have released photos of the suspect while he was at Best Buy.

The suspect is described by officials as a Hispanic male roughly 5 feet 9 inches to 5 feet 10 inches tall with a husky build.

Anyone with information on this incident is asked to call Silent Observer at 1-877-88-SILENT.