Deputies say the incident happened at about 9:11 p.m. Tuesday at the M&M Party Store on Goguac St.

The gunman came into the store armed with a rifle, dressed in a camouflage coat and pants with a scarf over his head.  He demanded cash from the register and fled on foot. 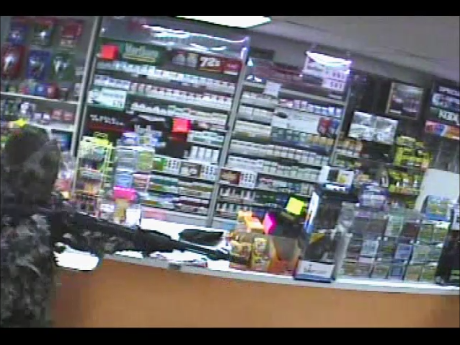 Nobody was injured during the robbery.  Deputies attempted to track the suspect with K-9 units but were unsuccessful

The suspect is described as a white male about 6 feet 3 inches tall with a large build, wearing camouflage, white tennis shoes and gloves.

Anyone with information on this incident is asked to call the Calhoun County Sheriff Department at 269-969-6450.