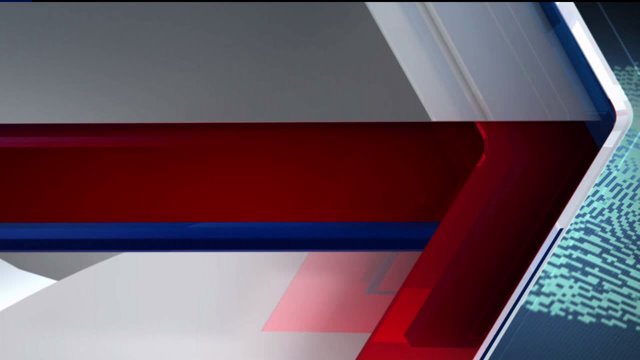 GRAND RAPIDS, Mich.-- A West Michigan family is fed up with their real estate agent after going seven months without closing on a new home. Now out $4,000, they turned to the FOX 17 Problem Solvers for help.

If the story sounds familiar, it should. A veteran that went through a similar situation shared his story with the Problem Solvers last month, and since then several others came forward.

In these cases, Prince served as the middle man, connecting buyer to investor. But the deals fell apart without the buyer even knowing, sometimes losing money put towards a deal in the process.

“We work hard for our money, and we don't like to throw it away,” said Aleatha Yahya, a former Prince client. "To this very day, we still haven't received our $4,000."

Yahya wanted to buy a home so she and her husband would have something to leave behind for their children. She trusted Prince to lead them in the right direction.

“We automatically assumed that because we had student loan debts that it would be a negative impact,” said Yahya.

Like Richard Jennings, who had low credit and brought this to FOX 17's attention a month ago, Yahya thought Sam Prince and his land contract was the only option. Like Jennings, she provided Prince with an initial $1,000 payment in May.

“It was supposed to be for earnest, and it should have been kept in escrow,” she said.

A few months later, she found a house and made an offer. At that time Prince insisted she give him more money for escrow.

“He said, ‘Now you have to give us $4,000 to put into escrow for closing costs and other fees,'” Yahya claims.

Yahya was put off when all Prince offered for the $5,000 was a signed receipt.

“I said, ‘What about a written contract?’ He said, ‘Well, usually individuals just accept the receipt, and we are done with  it,’,” Yahya said. "I’m not your typical individual; we work hard for our money, and we don't like to throw it away."

Yahya decided to draw up her own contract that stipulated that Prince had to find them a house in 30 days and close in 60 days. If he didn't, they'd get their money back. Prince signed the contract, but weeks prior to closing, he was nowhere to be found.

“Just because somebody has a business card doesn’t mean they are legitimate."

On closing day, they got a second opinion from a different lender and were shocked by what they heard.

“They informed me that you are no longer under contract on this home, and this home has already been sold,” she said. "I asked, ‘When did this happen?’ They told me it happened a month and a half prior."

Yahya says the botched deal forced them to move to a hotel for a month, costing them thousands. They later heard from Prince, who gave them $1,000 in cash and a $4000 check, which her husband tried to cash. “The banker, she just looked at him like he was trying to give her a bad check, and she said she couldn't cash the check because they said the account was closed."

Prince wrote the following in an email Tuesday night:

“Obviously I need to get my investors involved and the mortgage company involved with the Aleatha's deal as well, Cassandra.  This has gotten way out of hand and I am stuck in the middle. I may have to get legal help as well. I will be in touch very soon.”

Karla Huitsing, president of the Grand Rapids Realtors Association (GRRA), says there are some red flags in scenarios like these. First,  Prince is a real estate agent, not a Realtor. If he was with GRRA, the public would be able to file grievances, and he would be held to a certain code of ethics.

“With being a Realtor as opposed to a real estate agent who just has their license, it's very easy to get your license, but there's some accountability if you are a member of the association,” says Huitsing.

Huitsing also says the total amount of money Prince was requesting prior to closing day wouldn't happen with a Realtor.  Generally, only one percent of the total value of the house would be requested for escrow. The value of the house in Yahya's case was about $100,000, so Huitsing would have asked for $1,000. Instead, Prince asked for $4,000 in addition to the initial $1,000.

“To work with a Realtor that's part of an association, it should not cost you anything,” said Huitsing. "A big hefty money is never given to the real estate agent and is only brought in during the closing day."

Most important, she says, you need to do your homework.

“Just because somebody has a business card doesn’t mean they are legitimate. You should check if they are a member of the association, because that's where accountability comes in.”

As for Prince, the GRRA can't do much because he isn’t a part of their organization, and people like Yahya can't count on seeing their money again.

“It's not just something we had lying around like we were going to miss it,” said Yahya. "We have children that we can use those funds for."

Huitsing says the land contracts are not to blame. She says there can be risks, but there are real advantages if you have a buyer and seller that are willing to work together.

In fact, Huitsing just performed a successful land contract deal four months ago. She cautions that if you do have bad credit and can't get financing, the days of 100% financing are gone, so it’s important to be financially stable.

Finally, always check with a lender to see how much funding you can get. Sometimes you think you have too much student debt or medical debt, but in reality you might be in better shape than you think.