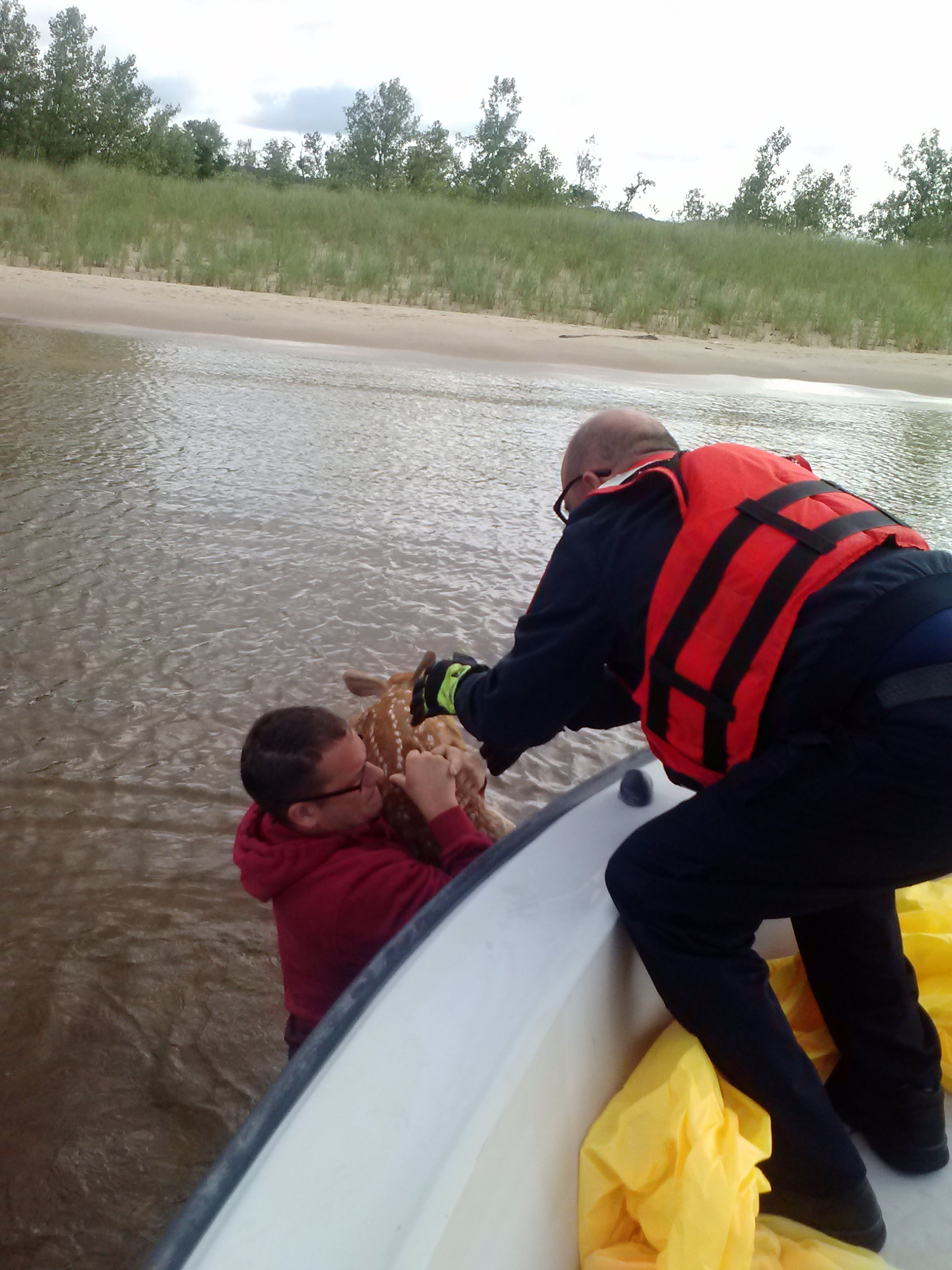 MUSKEGON, Mich. (July 9, 2014) – A fawn trapped in the rocks on the south side of the Muskegon Lake Channel was saved by Muskegon firefighters Wednesday.

Crews received a call around 9 a.m. that the exhausted fawn was trapped and trying to swim to get free.

The firefighters launched their boat and came to the rescue of the baby deer.

Firefighter Darric Roesler says the fawn resisted rescue at first, but once they wrapped it in a blanket and started petting it, it calmed right down.

“My daughter wanted me to bring it home,” he said jokingly.

Instead they brought the fawn down the channel to Muskegon State Park where an off-duty firefighter was waiting in the water to transfer it to dry land.

The firefighter put the fawn under a tree to make sure it could rest in the shade,  but they say it got up and exhaustedly headed into the park.