VAN BUREN COUNTY, Mich (May 2, 2014) – Two people in Van Buren County are facing charges for driving under the influence of drugs, putting a 10-month-old child at risk.

The arrests happened after a deputy stopped a vehicle with a busted break light on 52nd Avenue near County Road 665 in Paw Paw Township around 3:30 p.m. Thursday.

The deputy found a 33-year-old man from the Lawrence area behind the wheel who appeared to be under the influence of drugs, smelling of marijuana.  Authorities searched the vehicle and found approximately 58 grams of marijuana and 4.5 grams of ‘wax’.  A 10-month-old child was also in the vehicle.

Deputies say ‘wax’ is a concentrated form of cannabis which is usually extracted using butane.  Authorities say only a small amount of ‘wax’ is needed to produce a high level on intoxication.  ‘Wax’ commonly contains up to 99% THC, much more potent than the buds of the cannabis plant that are usually consumed. 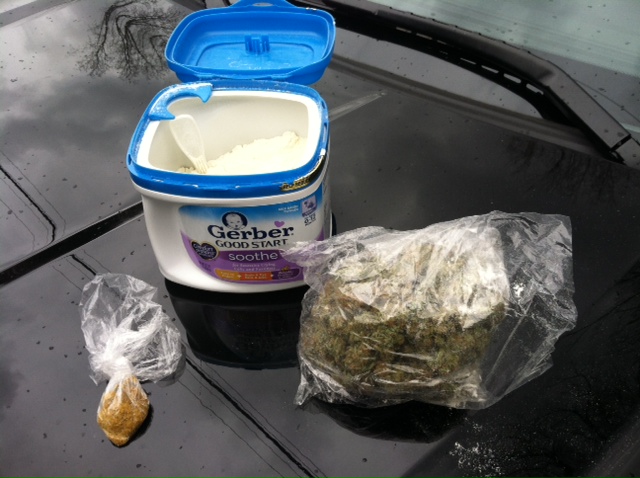 The marijuana and wax were found inside a container of infant formula, which was in the infant’s diaper bag.

During the search, a 35-year-old woman from the Paw Paw area arrived on scene to try to take the 10-month-old with her.  She also appeared to be under the influence of drugs and was arrested.