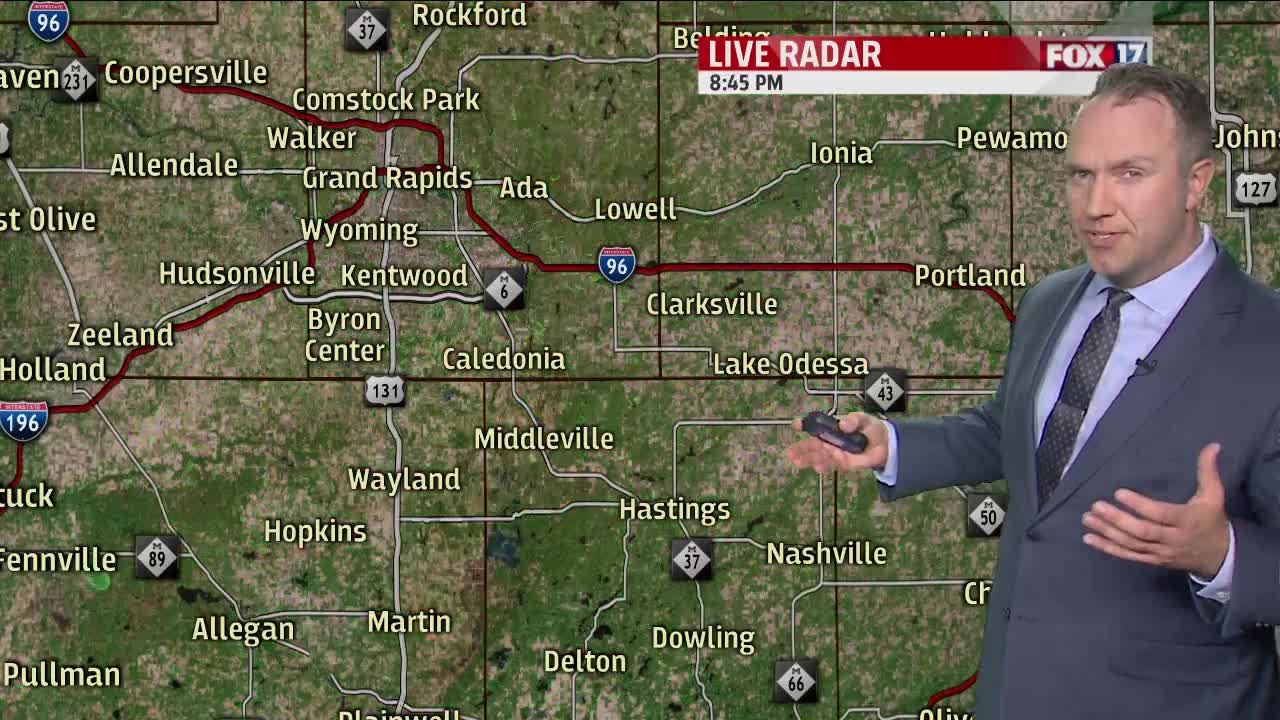 Much cooler weekend ahead 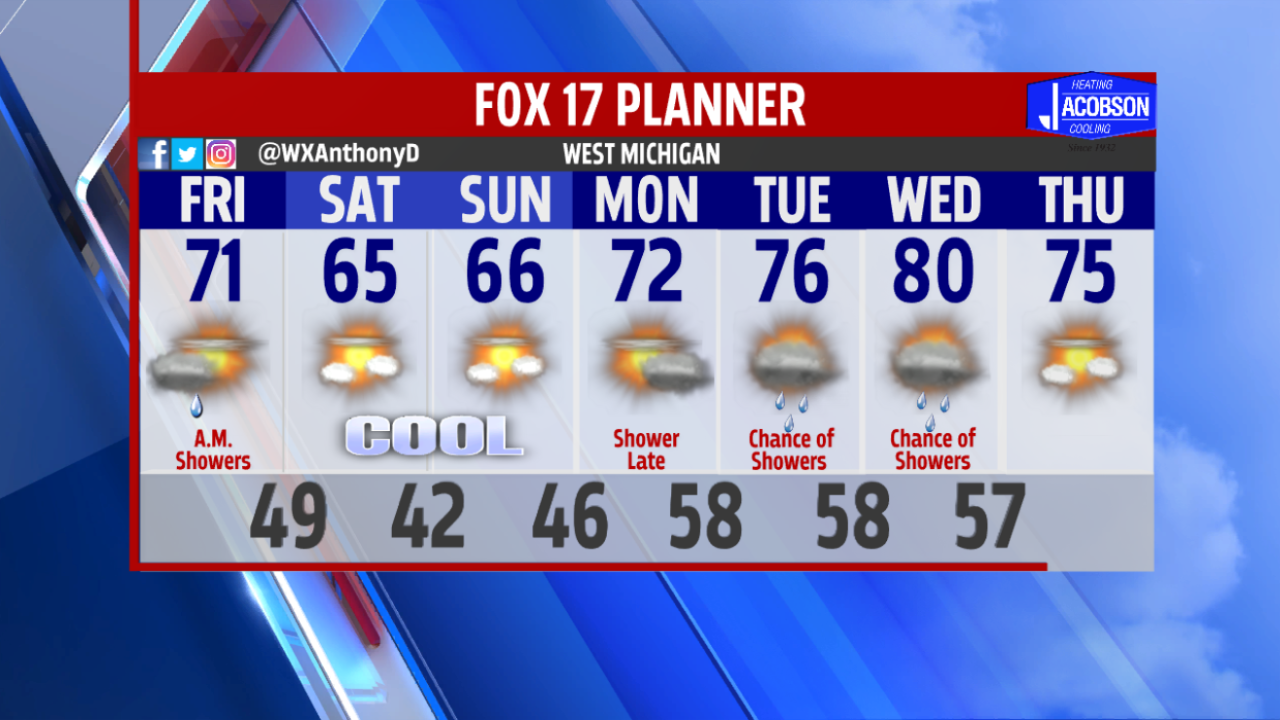 WEST MICHIGAN — The forecast from FOX 17 Meteorologist Anthony Domol: Spotty / scattered showers will continue into the overnight tonight with just an isolated rumble of thunder or strike of lightning possible. The chance for showers will carry through mid-morning Friday but a trend toward drier weather builds in for the afternoon. A mixture of sun and clouds is expected to materialize as a drier air mass works into West Michigan. A much cooler pattern of weather is anticipated for the upcoming weekend with highs in the middle 60s. Sunshine will be seen on both weekend days with passing clouds in the mix. Overall, better sunshine looks to occur on Sunday versus Saturday. The next chance for rain holds off until late Monday into Tuesday.

TONIGHT: Mostly cloudy with spotty/scattered showers. An isolated thundershower possible. Lows in the upper 50s to around 60 degrees. Winds southwest/west at 5 to 15 mph.