Tonight's forecast: A cold night before our big warm-up 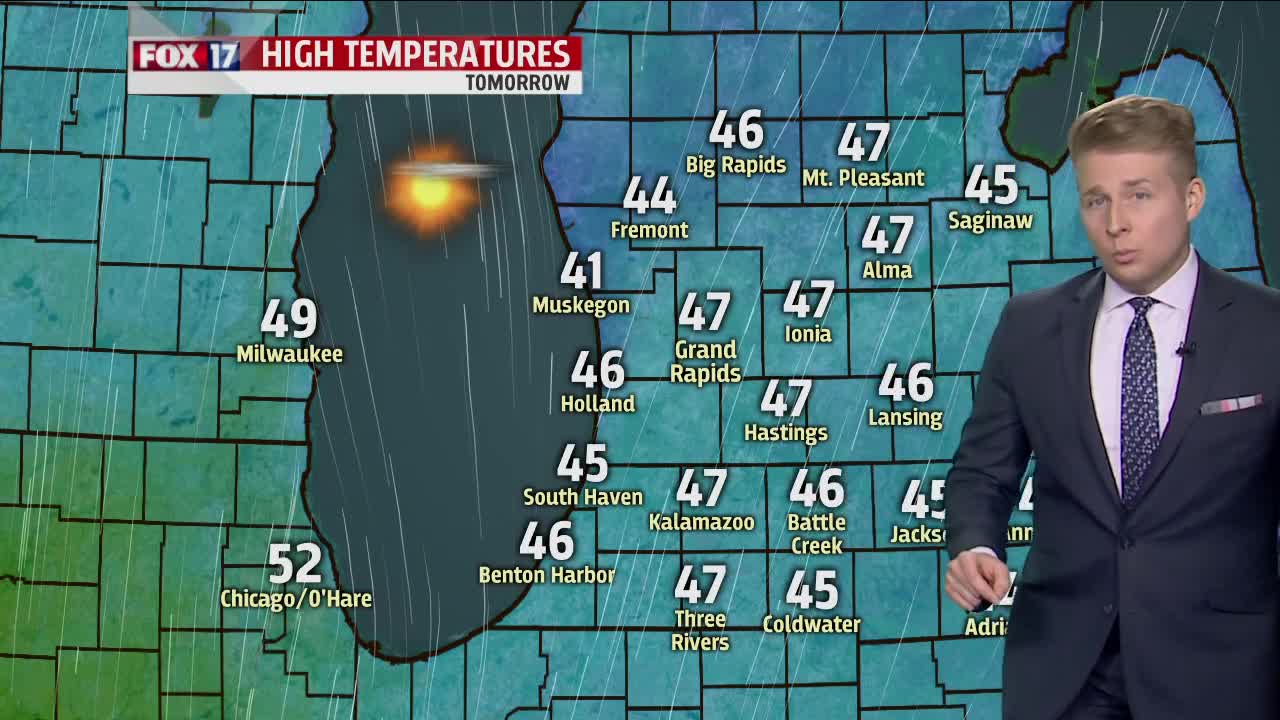 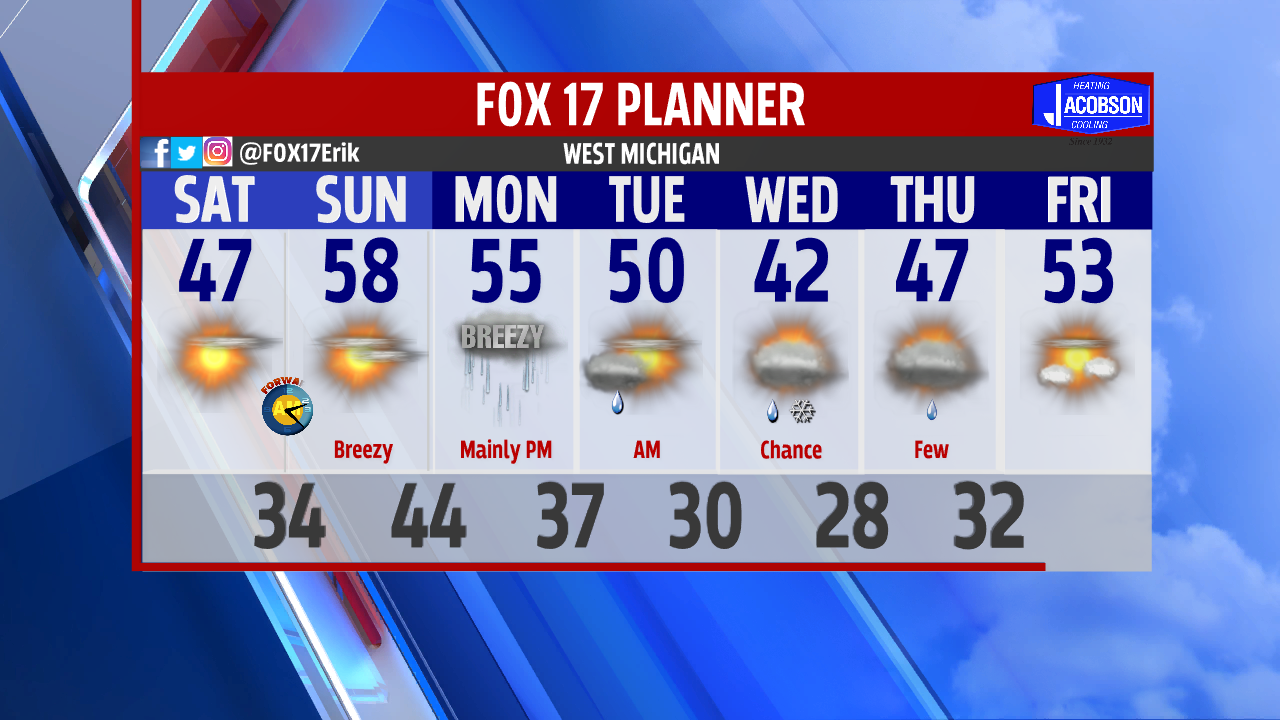 WEST MICHIGAN — The FOX 17 forecast from Meteorologist Erik Kostrzewa: With high pressure settling in tonight, expect winds to go calm and skies to clear out. This is the recipe for some cold temperatures, though nothing unseasonably cold for early March. Winds will switch to the south and southwest tomorrow and Sunday as that high slides east of us, and temperatures will warm nicely as a result. By Sunday afternoon, we're calling it "unseasonably mild" as highs will be 15 to 20 degrees above average.

TOMORROW: Sunny and mild. Highs in the middle to upper 40s. South/southwest winds at 8 to 16 mph.

TOMORROW NIGHT: Mostly clear. Not as cold with lows in the lower to middle 30s. South/southwest winds at 7 to 14 mph.

SUNDAY: Mostly sunny, breezy, and unseasonably warm with temperatures running 15 to 20 degrees above average. Highs in the upper 50s. Southwest winds at 15-20 mph with higher gusts.