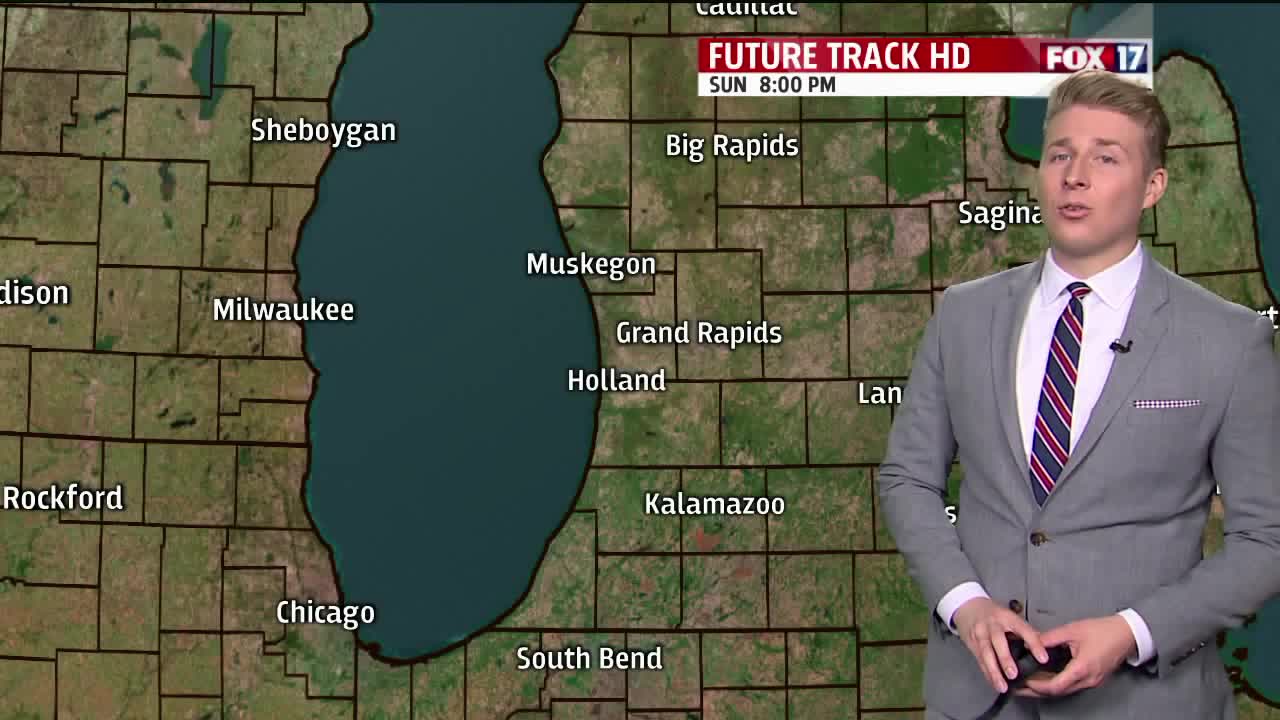 Wonderful Sunday to a Wet Monday 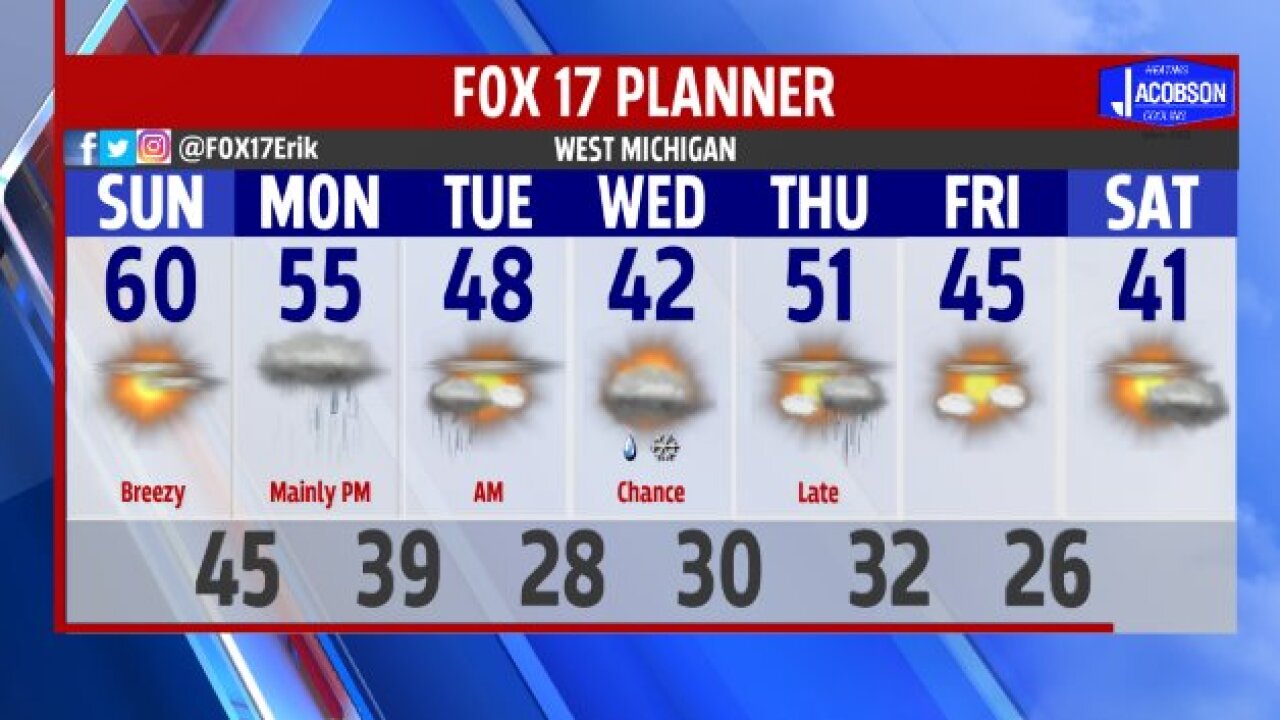 WEST MICHIGAN — The FOX 17 forecast from Meteorologist Erik Kostrzewa: After a day in the upper 40s, we add another ten degrees to today's high temperatures on Sunday! This comes along with another mainly sunny day. Most will fall just short of 60° but a few locations around and south of I-96 could make it. It would be the first 60° day of the year and of the decade. Modnay remains warm in the middle 50s but we lose a lot of the sun and add rain showers, especially Monday evening.

TONIGHT: Mostly clear. Not as cold with lows in the lower to middle 30s. South/southwest winds at 7 to 14 mph.

SUNDAY: Mostly sunny, breezy, and unseasonably warm with temperatures running 15 to 20 degrees above average. Highs in the upper 50s to near 60. Southwest winds at 15-20 mph with higher gusts.

TUESDAY: Outside of an early morning shower, decreasing clouds. Remaining fairly mild in the upper 40s.