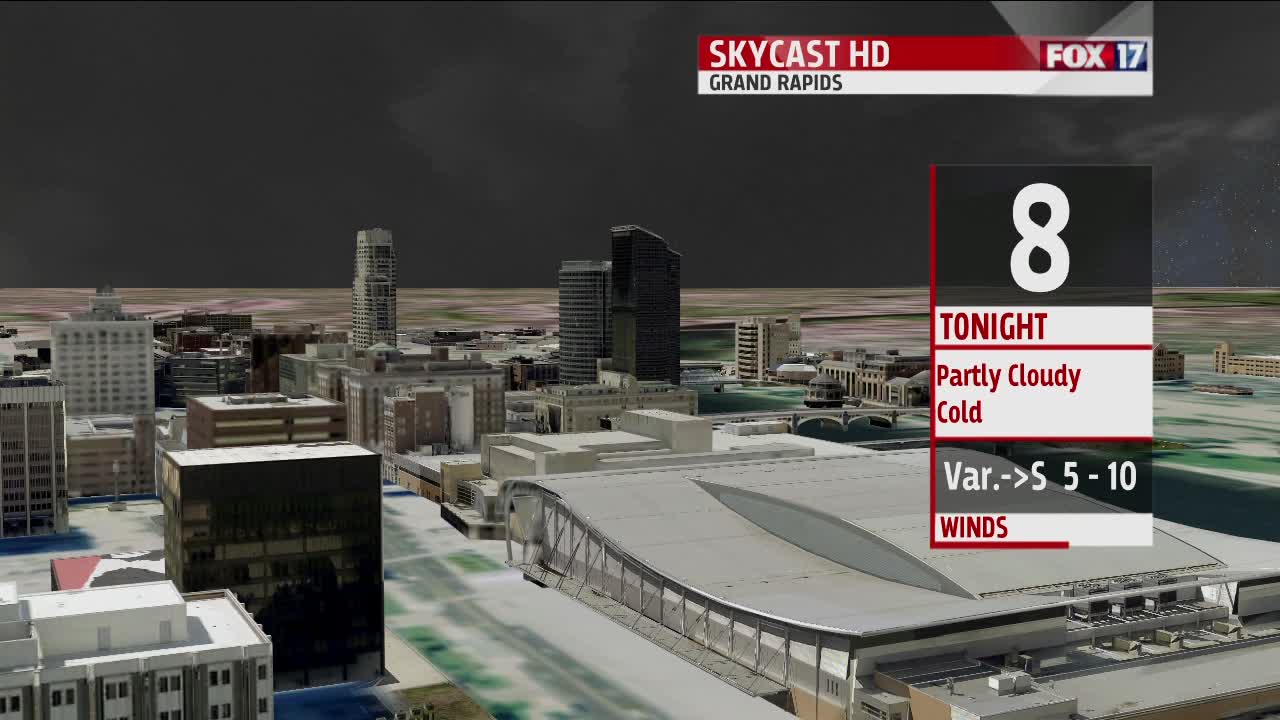 Cold tonight, near 50 on Monday 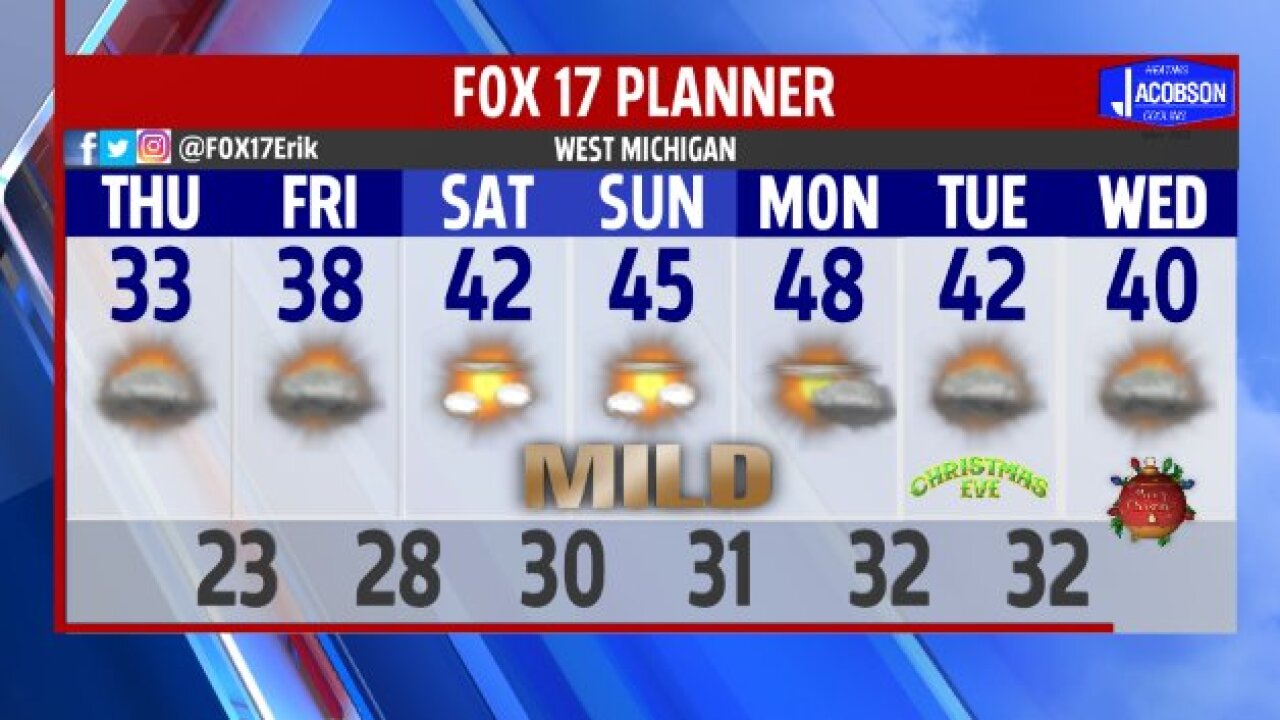 GRAND RAPIDS, Mich. — The forecast from FOX 17 Meteorologist Erik Kostrzewa: High pressure will slide overhead tonight, giving us partly cloudy skies and light winds. Temperatures will be at their coldest of the 7 day period, but warmer air is coming once that high moves east of us tomorrow and Friday. This will allow a southerly return flow to develop, bringing in warmer temperatures. By Sunday & Monday, a few spots could be pushing close to 50 degrees.

TONIGHT: Partly cloudy and cold. Lows around 8. Wind chills around zero. Light and variable wind becoming south at 5 to 10 mph.

TOMORROW : Mostly cloudy and not as cold. Highs in the lower to middle 30s. Southwest winds at 5 to 15 mph.

FRIDAY: Mostly cloudy. Highs in the upper 30s. Southeast to south winds at 5 to 15 mph.

SATURDAY: Partly cloudy and mild. Highs in the lower 40s.