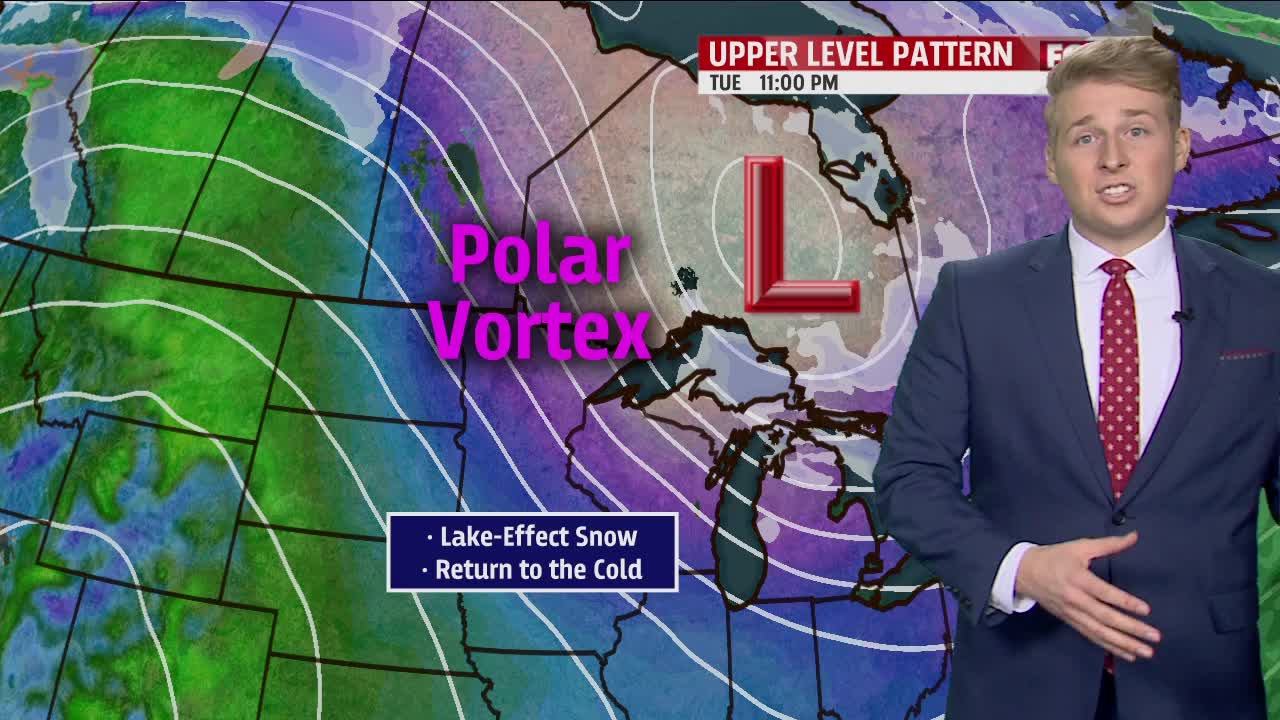 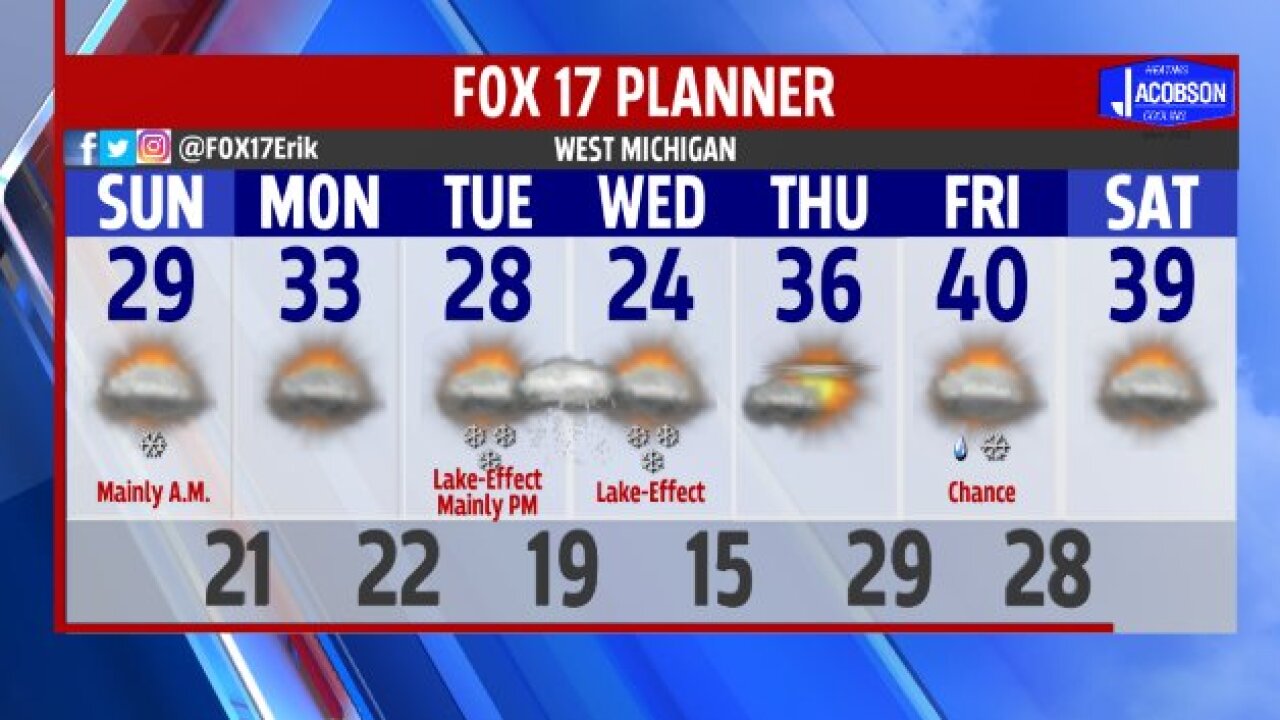 WEST MICHIGAN — The forecast from FOX 17 Meteorologist Erik Kostrzewa: Snow showers will continue up and down the lakeshore tonight into Saturday morning. Along and west of US-131 could see 1-2" of fluffy snow piling up by the end of the morning. The remainder of Sunday, Monday and Tuesday should be dry and chilly. Tuesday night into Wednesday brings another round of lake effect snow, this event likely being heavier than tonight.

TONIGHT: Cloudy with scattered flurries and snow showers. Lows in the mid to upper 20s. Breezy northwest winds around 15 mph.

SUNDAY: Mostly cloudy with scattered lake-effect flurries and snow showers especially early in the morning. Highs in the upper 20s. Northwest winds at 10-15 mph, becoming lighter through the afternoon.

MONDAY: Cloudy. Chance for light snow to develop through the day with the focus across the southern half of the viewing area. Highs in the low to mid 30s.