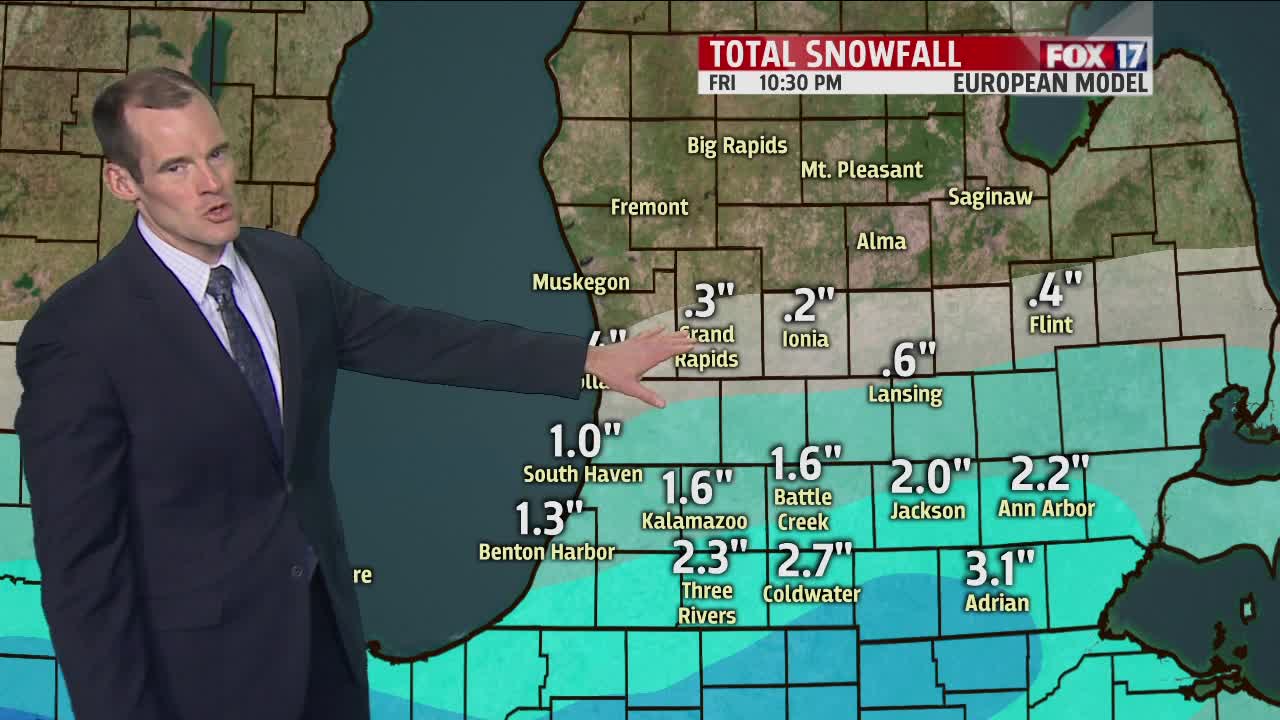 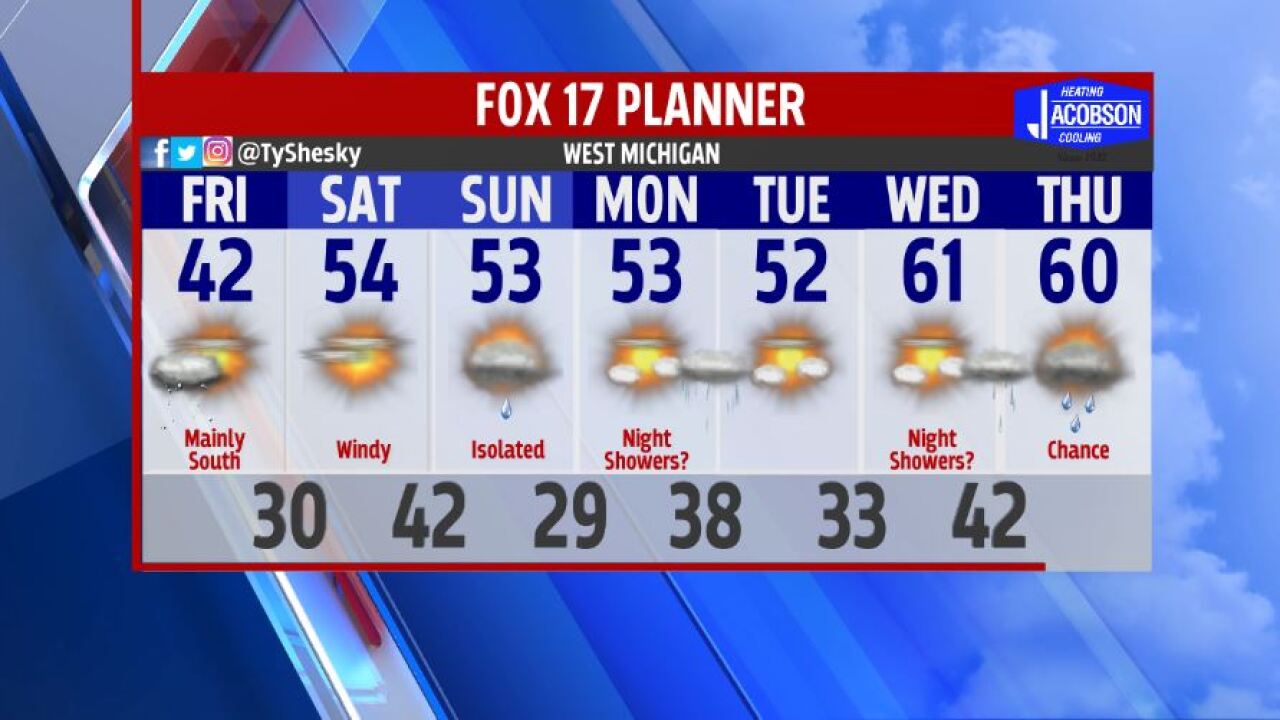 WEST MICHIGAN — The forecast from FOX 17 Meteorologist Ty Shesky: A disturbance moving across the central Plains tonight will help an area of low pressure to develop over central Indiana and Ohio for Friday. This low will have a well-organized area of precipitation with it, and most of it will fall as snow on its north side. This swath of snow will impact our southern communities along and south of I-94 with 1-4" of snow. Behind this low, expect relatively quiet weather through the weekend with somewhat warmer temperatures... Although we'll still be a bit below average for this time of year.

TONIGHT: Becoming mostly cloudy. Light snow develops by daybreak south of Grand Rapids. Lows in the upper 20s to around 30. West winds at 8 to 16 mph becoming light and variable.

TOMORROW: Moderate snow likely along/south of I-94 through the morning and into the early afternoon. Accumulations will range from 1-2" in places like Kalamazoo and Battle Creek to 2-4" in places like Three Rivers and Coldwater. Some snow is possible as far north as the I-96 corridor, but accumulations will generally be less than an inch there. Some sun will return for the very late afternoon and evening. Highs in the lower 40s. Winds southeast at 5 to 10 mph becoming westerly in the afternoon.

SUNDAY: Partly to mostly cloudy. A slight chance for a shower. Highs in the lower 50s.