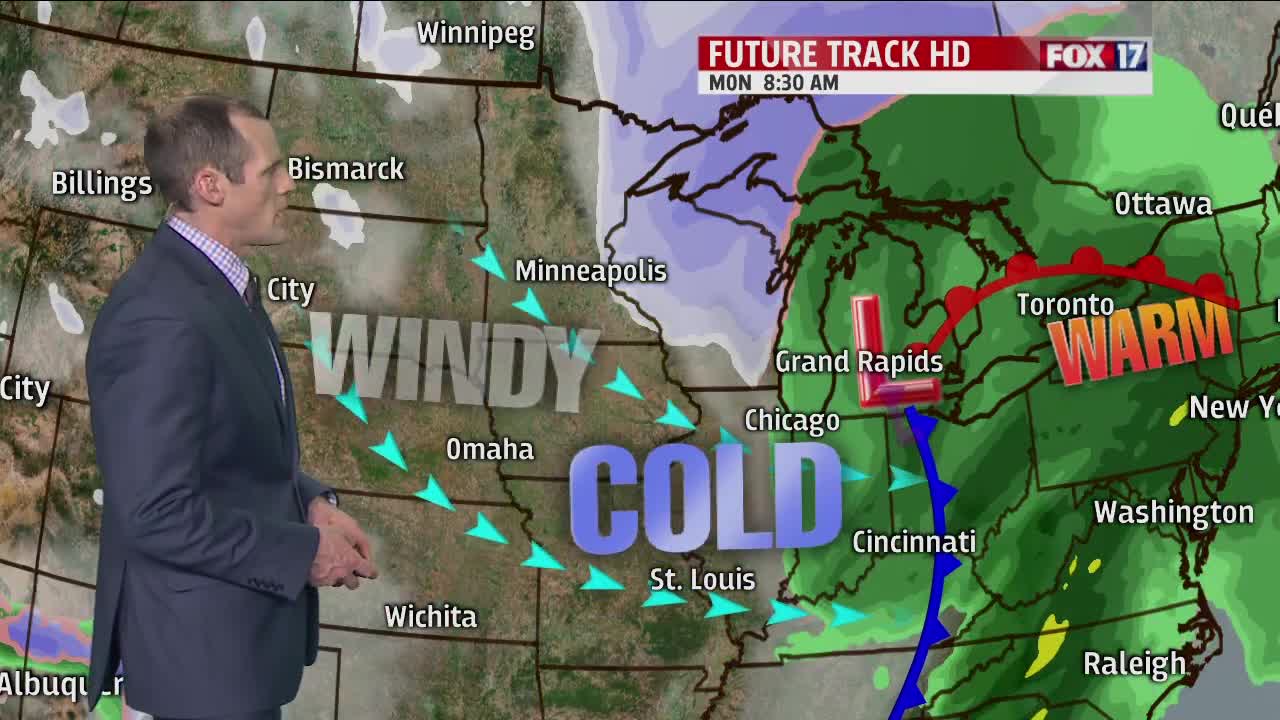 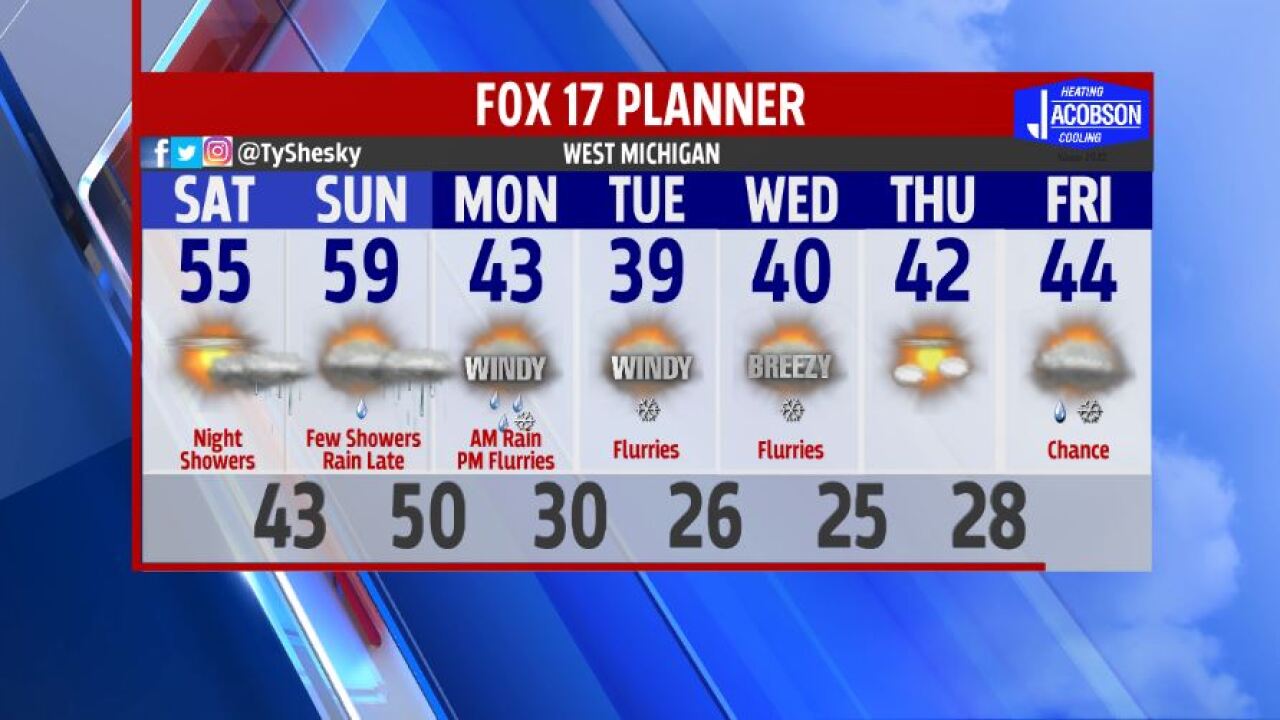 WEST MICHIGAN — The forecast from FOX 17 Meteorologist Ty Shesky: Expect a bit of a warming trend for Saturday and Sunday before another surge of April chill arrives early next week. A strong storm system is expected late Sunday into Monday which will bring rain followed by strong winds. The well below normal temperature pattern resumes as we head into next week.

TONIGHT: Partly cloudy to mostly clear. Lows in the upper 20s to around 30. West winds at 5 to 10 mph becoming light and variable.

TOMORROW: Partly sunny, but becoming mostly cloudy during the afternoon. Highs in the middle 50s. Southwest winds at 5 to 15 mph.

TOMORROW NIGHT: A chance of showers, otherwise mostly cloudy. Milder with lows in the lower to middle 40s. South/southeast winds at 5 to 10 mph.

EASTER SUNDAY: Mostly cloudy with a few showers at times. A steadier rain will arrive on Sunday night. Highs in the middle to upper 50s. East to southeast winds at 5 to 15 mph.