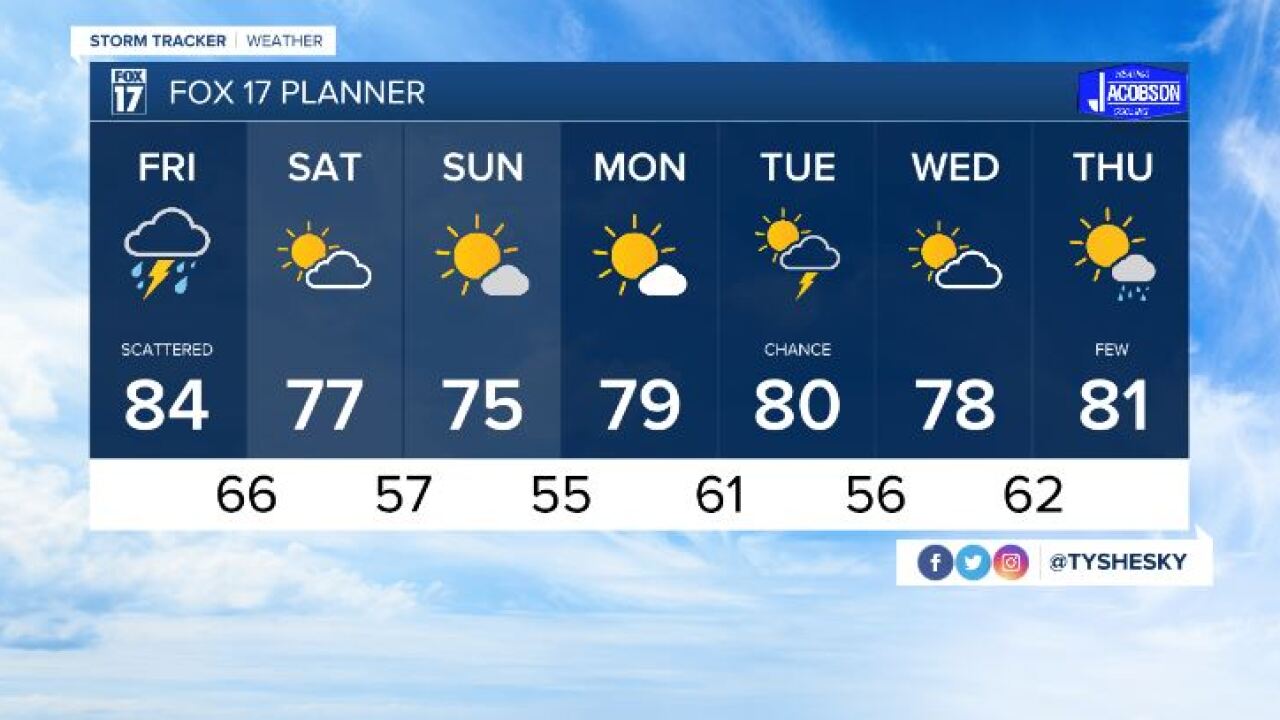 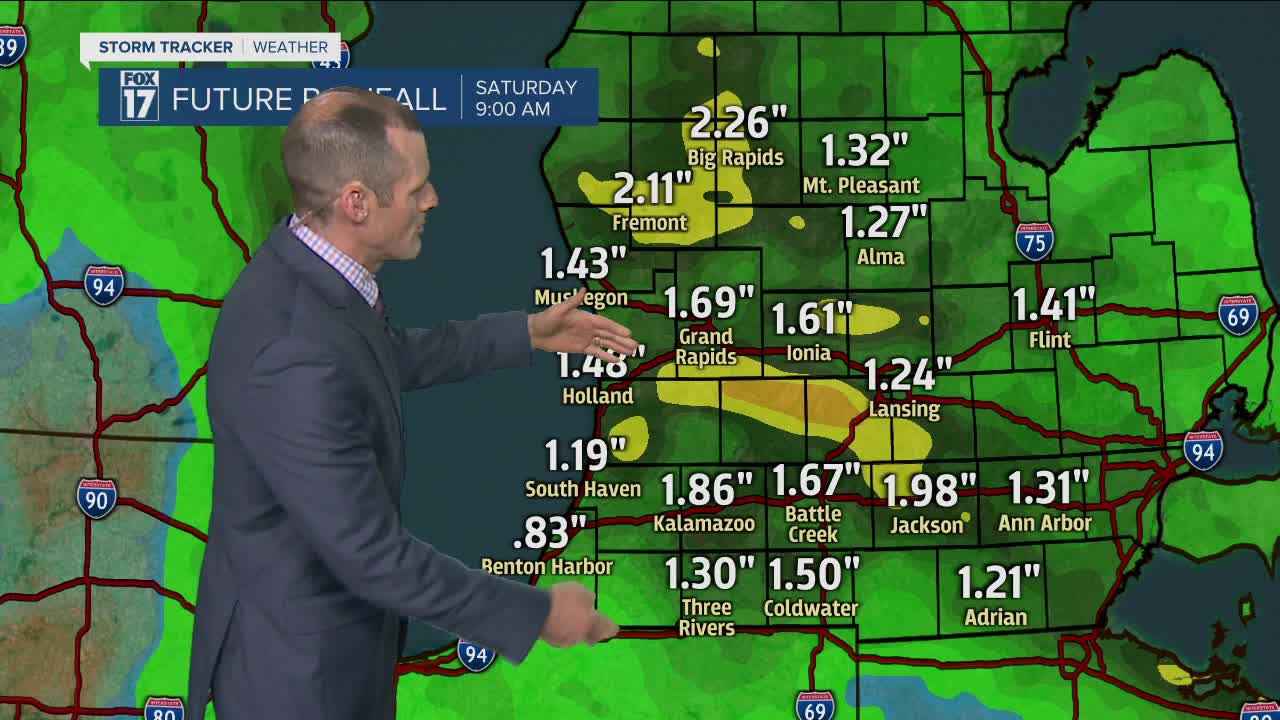 GRAND RAPIDS — The forecast from FOX 17 Meteorologist Ty Shesky: Storm chances will gradually increase through this evening/overnight and through Friday late morning as a disturbance moves in from the west. A few of these storms could be strong to severe with the possibility of high winds. A cold front sliding through late Friday night and early Saturday morning will likely bring additional thunderstorms with locally heavy rainfall to the area. Strong to severe thunderstorms are possible along and south of I-96 with the cold front during the evening hours.

TONIGHT: A chance of showers and thunderstorms, mainly late. Lows in the upper 60s to around 70°. West winds at 5 to 10 mph becoming variable.

TOMORROW: Partly to mostly cloudy with scattered showers and storms. Strong to severe weather is possible, especially during the afternoon and evening. Highs in the low to mid 80s. Variable winds at 5 to 10 mph becoming southwesterly in the afternoon.

TOMORROW NIGHT: Showers and thunderstorms likely. There is a threat of severe storms during the evening, but this will transition into just a locally heavy rain threat overnight. Lows in the mid 60s. Southwest winds at 5 to 10 mph becoming northwest overnight.

SATURDAY: Lingering early morning showers, otherwise drying out and becoming partly cloudy. Cooler and more comfortable with highs in the mid to upper 70s. Northwest to north winds at 5 to 15 mph.