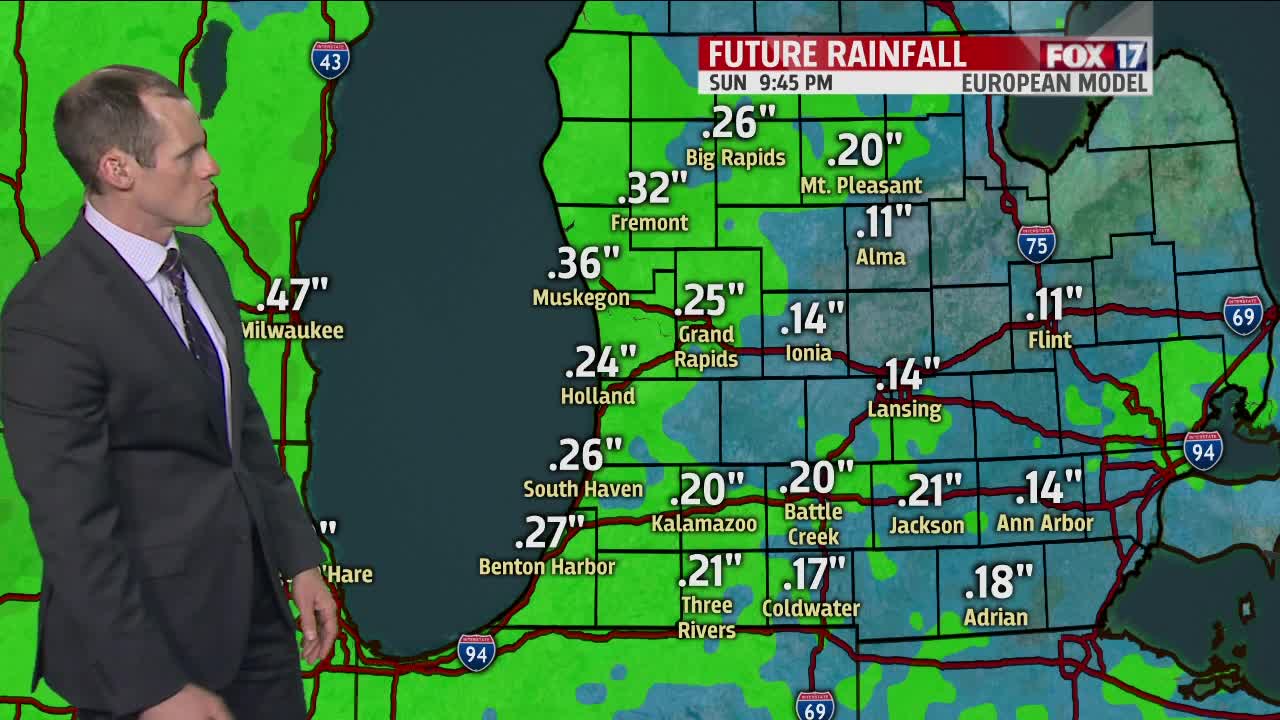 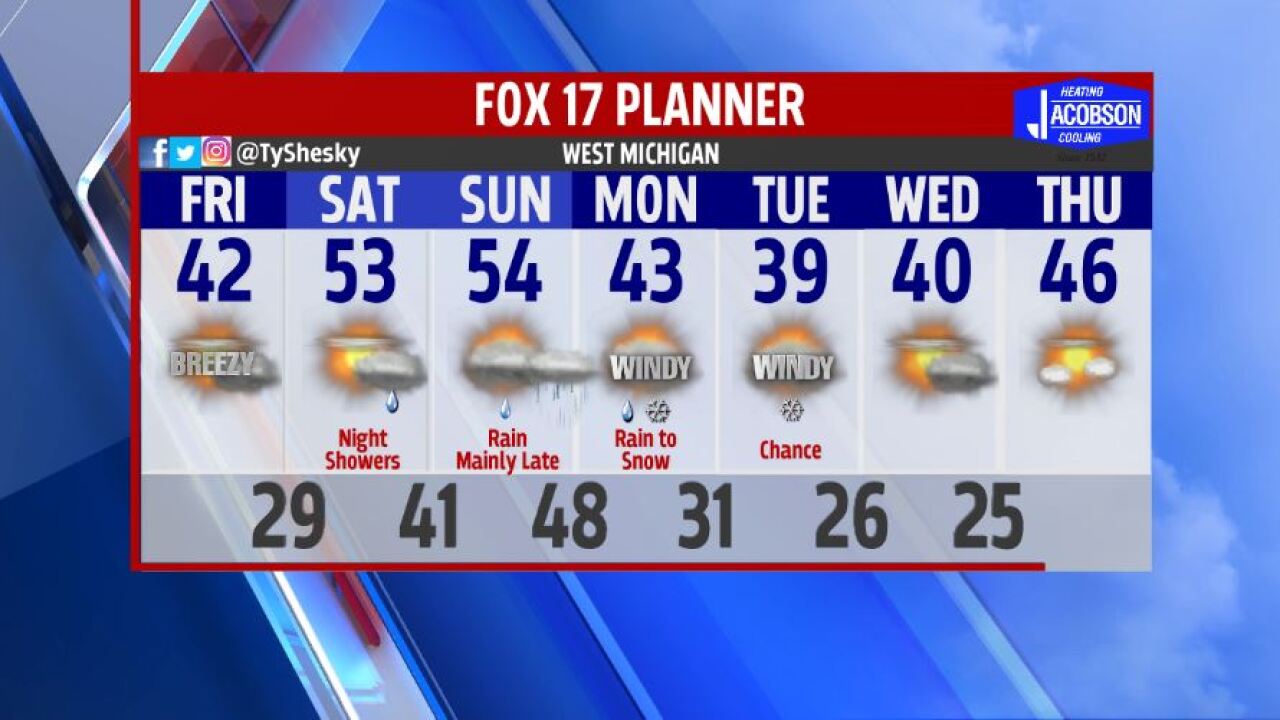 WEST MICHIGAN — The forecast from FOX 17 Meteorologist Ty Shesky: A chilly west/northwest flow will continue tonight into tomorrow, but with high pressure approaching from the north and west, we should see more sun tomorrow and the widely scattered snow and sleet showers should end. We're watching a warm front coming in Saturday night, followed by an associated strong area of low pressure on Sunday. Both of these features will bring rain into the forecast for Easter.

TOMORROW: Partly sunny and cool. Still quite breezy. Highs in the low 40s. West/northwest winds at 10 to 20 mph.

TOMORROW NIGHT: Mostly clear during the evening, then becoming partly cloudy overnight. Lows in the upper 20s to around 30. West winds at 5 to 10 mph becoming light and variable.

SATURDAY: Some morning sun is possible, but becoming mostly cloudy by afternoon. Highs in the lower to middle 50s. Southwest winds at 5 to 15 mph.

EASTER SUNDAY: Cloudy skies. A few sprinkles/light showers here and there. More organized rain develops later in the evening. Highs in the low to mid 50s.