Tonight's forecast: Not very pleasant as we grow warmer

Heatwave expected through late next week 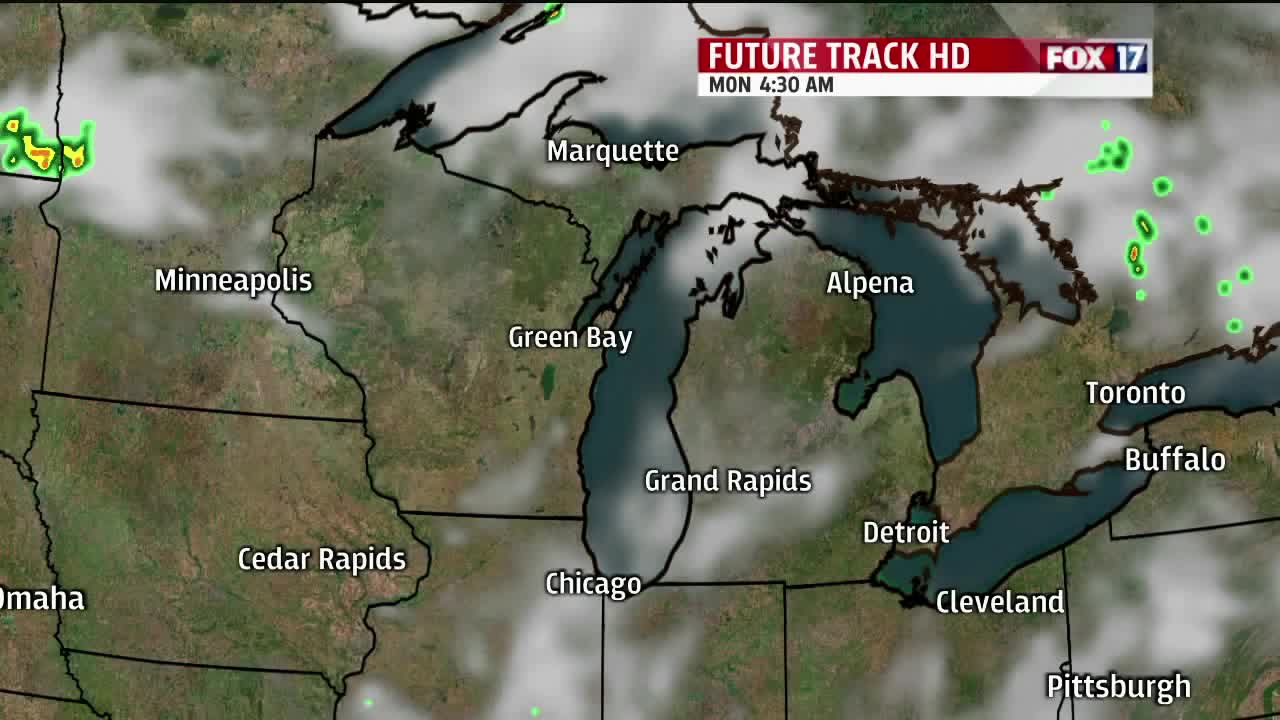 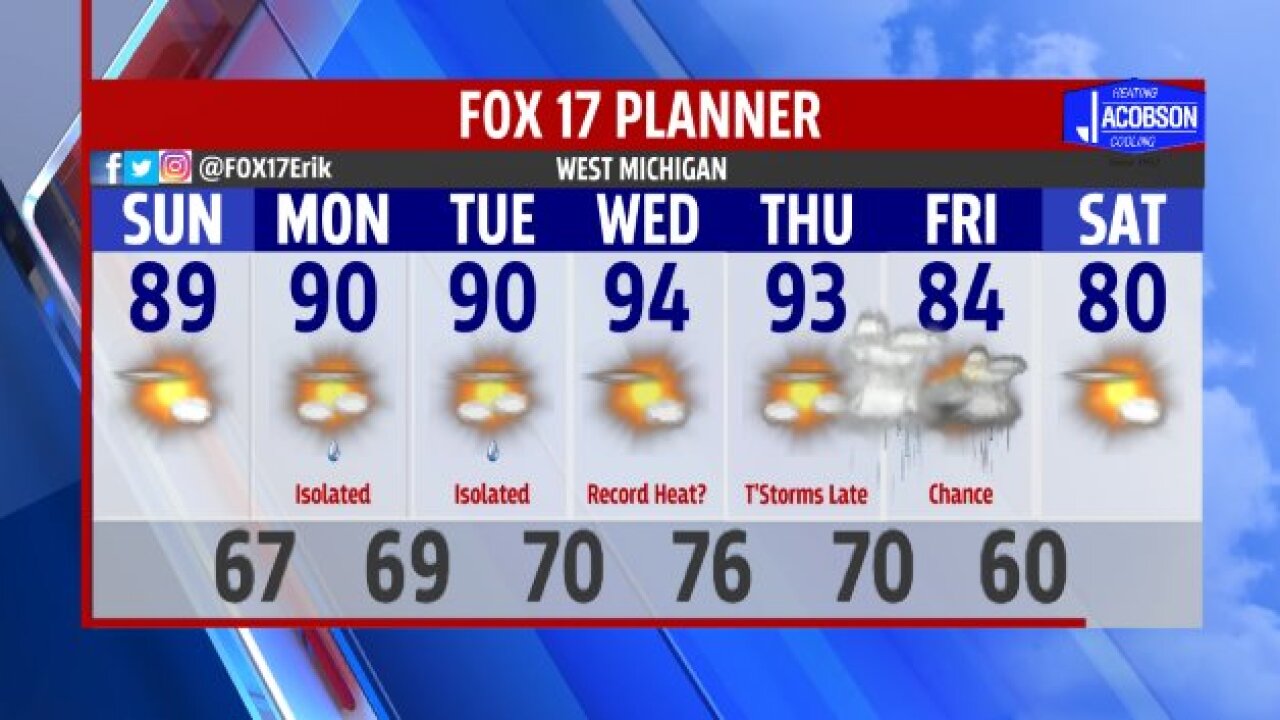 GRAND RAPIDS — The forecast from FOX 17 Meteorologist Erik Kostrzewa: With high pressure at the surface and in the atmosphere, rain chances will be minimal and Michigan will continue to crank the heat up. High pressure means sinking air, and you need rising air for clouds and rain. With the heat, the sun will also be plentiful today and tomorrow. As a weak trough of low pressure approaches on Sunday it will try to erode the western flank of high pressure overhead and we may see a shower in the northern/northwesternmost sections of the viewing area. A similar stray shower or thunderstorm could pop on Monday within West Michigan but certainly nothing significant. As a blast of heat approaches from the west Tuesday into Wednesday a slight chance exists for a shower or thunderstorm on the periphery of this heat. This would most likely occur early Tuesday morning or again later Tuesday night/early Wednesday morning. The peak of the heat will be centered Tuesday through Thursday, humidity will be elevated as well. Eventually a cold front drops south and brings a much better chance for showers and thunderstorms at some point late Thursday into Friday.

SUNDAY: Partly cloudy. A stray shower/t'storm is possible north and northwest. Highs near 90 degrees. Moderately humid. Feels like in the lower to middle 90s. West/southwest winds at 10 to 15 mph.