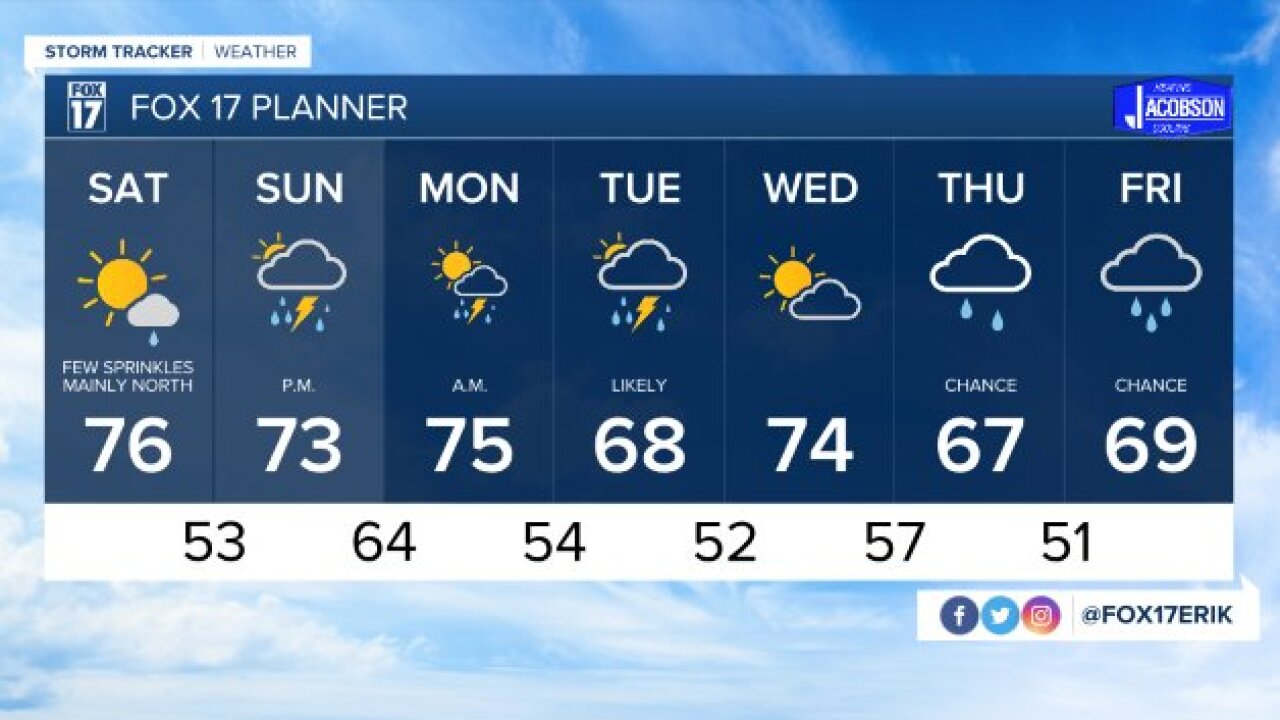 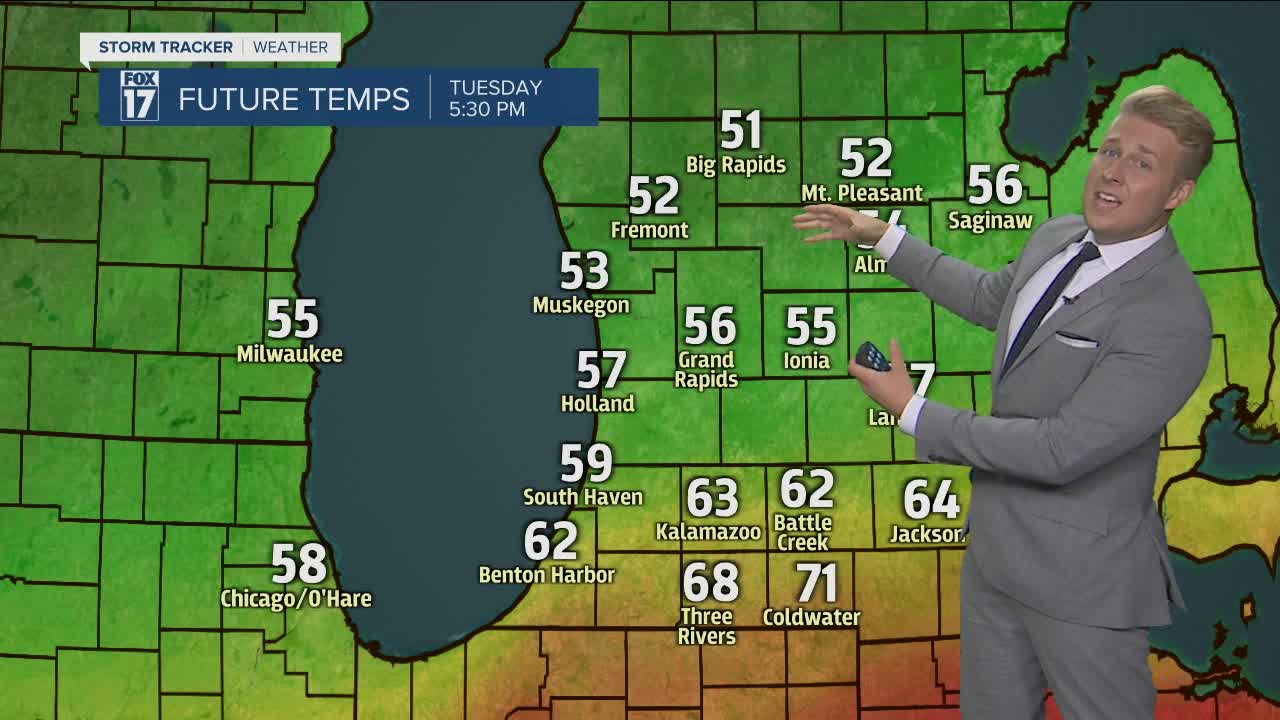 WEST MICHIGAN — The forecast from FOX 17 Meteorologist Erik Kostrzewa: A weak upper-level disturbance sliding across the area tonight/early Saturday will bring some pesky sprinkles or a light rain shower to parts of the area, mainly along and north of I-96. It will tend to be dryer further south with partly cloudy skies. After this moves out, we will see sunshine return later in the day and have a mostly clear night into Sunday morning. While Sunday may begin sunny, a stronger front will traverse the area on Sunday afternoon and evening with the chance of some strong thunderstorms. These storms will linger into early Monday morning, but the majority of Labor Day will be dry with some sun.

TONIGHT: Mostly clear during the evening, then becoming mostly cloudy late. There is a chance of sprinkles north of Grand Rapids by sunrise. Lows in the middle 50s. West winds at 5 to 10 mph becoming southwest late.

TOMORROW: Decreasing clouds. A chance of sprinkles and/or light rain showers, mainly along and north of I-96, and mainly before 2 P.M. Highs in the middle 70s. Southwest winds at 5 to 15 mph.

SUNDAY: Some morning sunshine, then increasing clouds. Scattered showers and thunderstorms developing in the afternoon and evening. Highs in the lower to middle 70s. East wind at 5 to 10 mph becoming southerly in the afternoon.