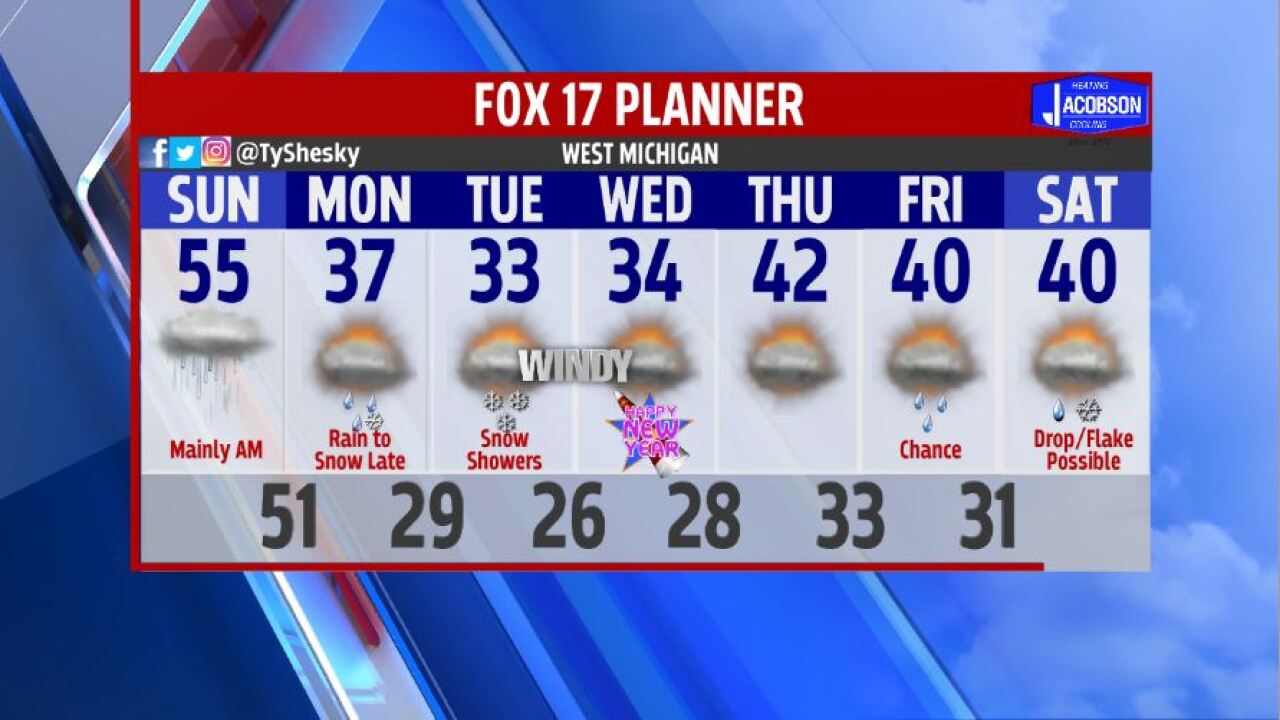 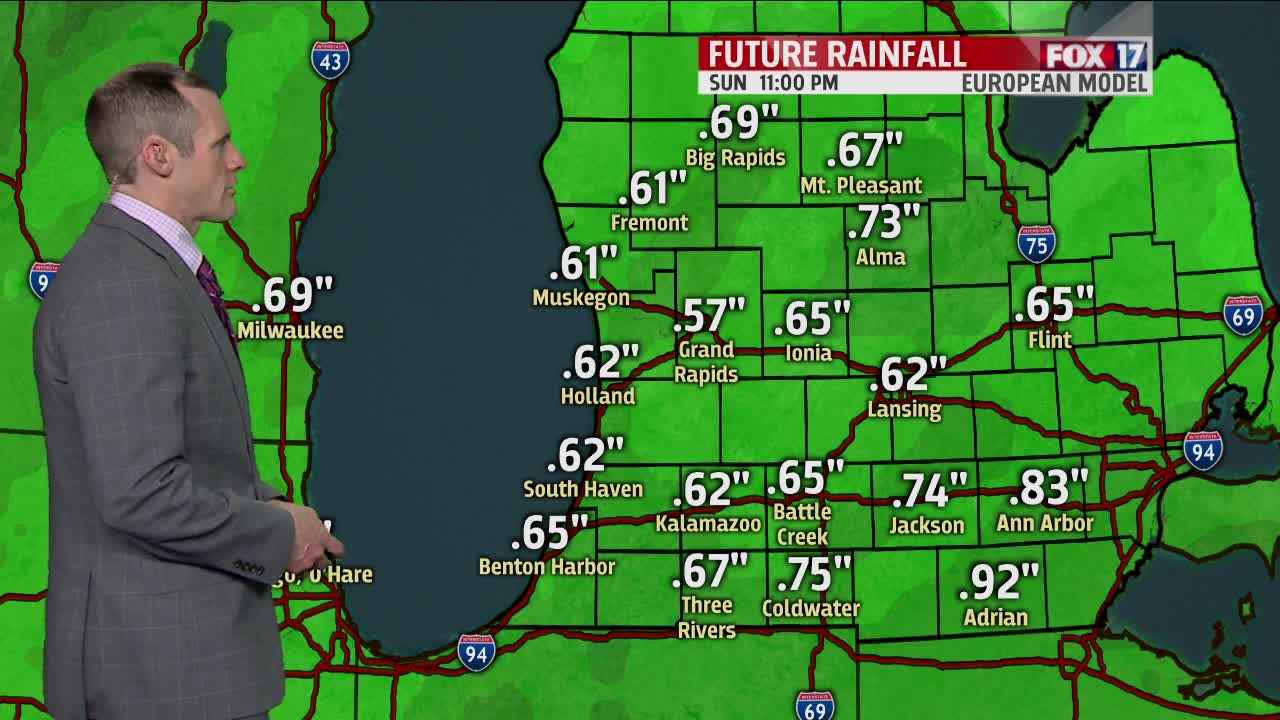 WEST MICHIGAN — The forecast from FOX 17 Meteorologist Ty Shesky: A big area of low pressure will churn slowly northeastward through the central Plains and into the western Great Lakes tomorrow into tomorrow night. A southeast flow ahead of this system will pull plenty of moisture and mild air into the region for Sunday. This low will slowly chug to the east on Monday, and bring a cold front through the area. This will bring falling temperatures and a change from rain to snow.

TONIGHT: Cloudy with rain developing, mainly after midnight. Evening lows in the mid to upper 30s, but temperatures will rise into the lower to middle 40s overnight. East/southeast winds at 10 to 15 mph.

TOMORROW: Cloudy with widespread rain during the morning, with a rumble of thunder also possible. An isolated shower still possible during the afternoon. Unseasonably mild highs in the middle 50s. Southeast winds at 10 to 15 mph subsiding to between 5-10 mph though the afternoon.

TOMORROW NIGHT: An evening shower possible, then a steadier rain develops after midnight. Midnight temperatures in the lower 50s, falling into the lower to middle 40s by sunrise. Southeast winds at 5 to 10 mph becoming southwesterly overnight.

MONDAY: Cloudy and windy with scattered rain showers mixing with and changing to scattered snow showers during the afternoon and evening. No accumulation expected through the daylight hours. Highs in the 40s early, but temps will drop into the middle 30s by late afternoon. Southwest winds at 15-25 mph with higher gusts.

TUESDAY: Cloudy with snow showers likely especially during the morning. Some accumulation expected. Windy. Highs in the lower 30s. Southwest to west winds at 15-25 mph with higher gusts.