Tonight's forecast: Mostly cloudy, not as mild but still above normal 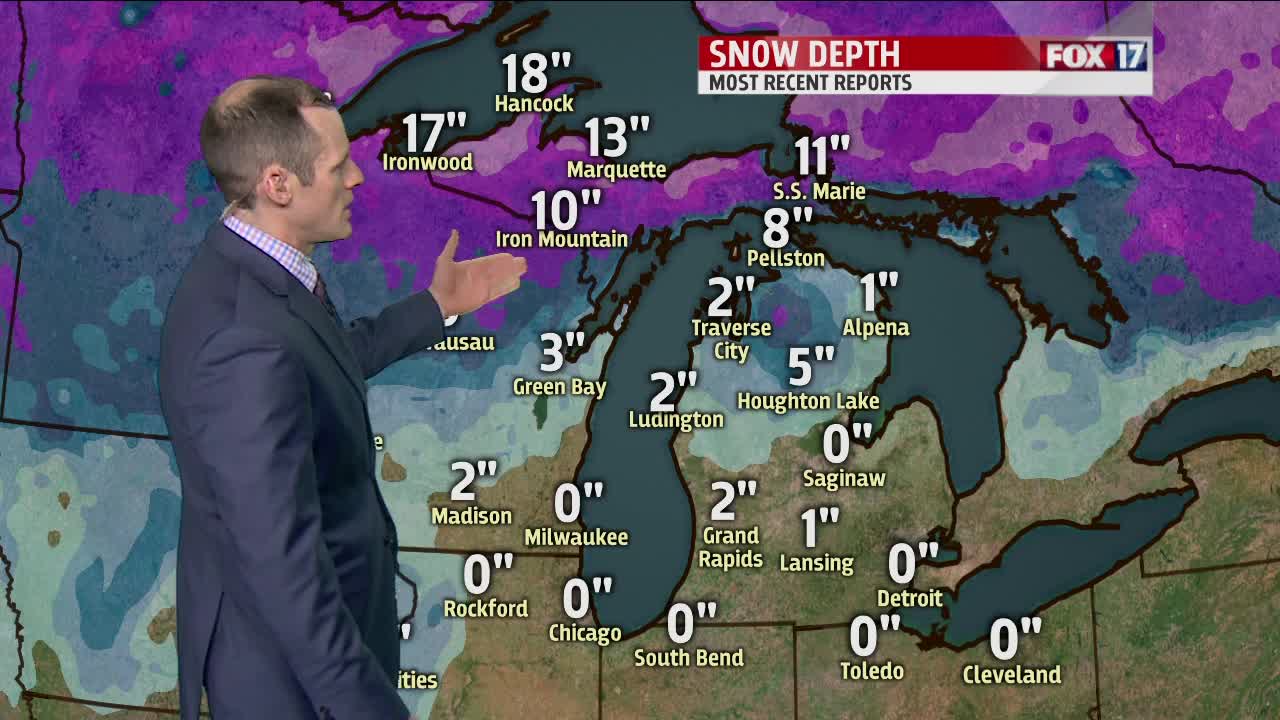 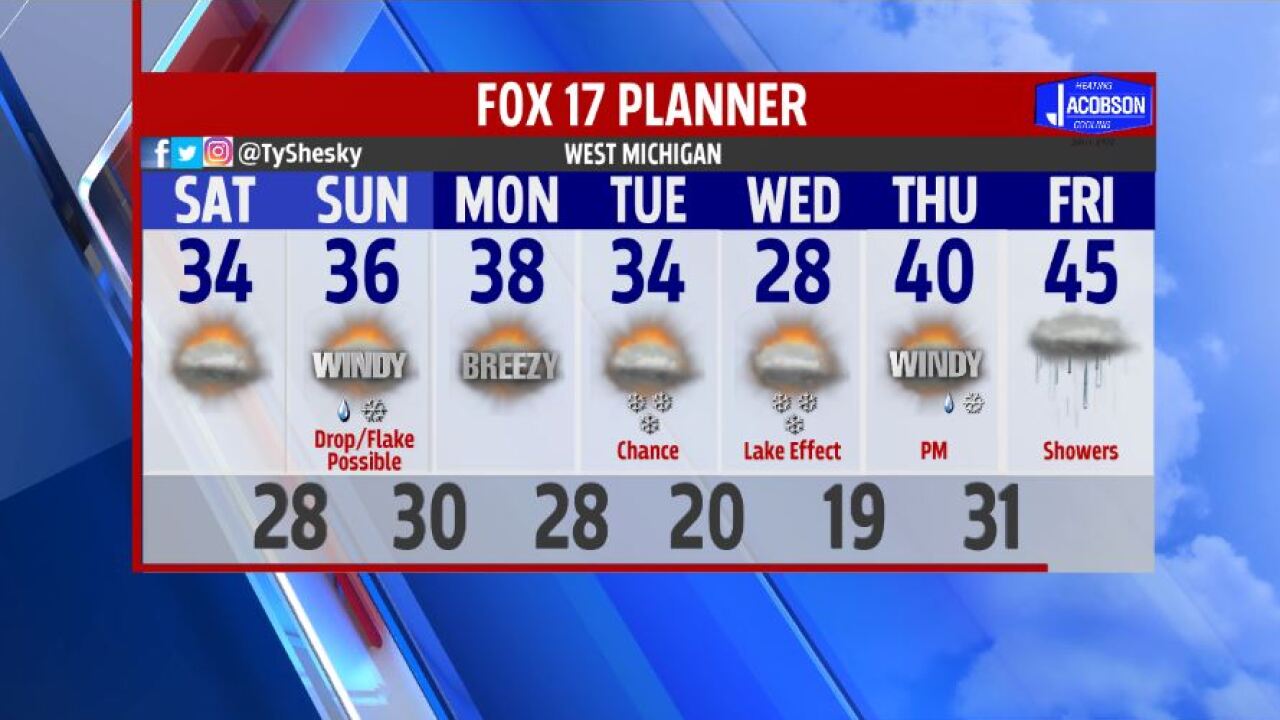 WEST MICHIGAN — The forecast from FOX 17 Meteorologist Ty Shesky: A couple of low pressure systems will impact us this weekend. One will pass to our south tomorrow, and another to our north on Sunday. Tomorrow's system looks to pass far enough away to miss us with any precipitation. But Sunday's system could bring a few rain and/or snow showers to the area. Winds will also pick up on Sunday as that low strengthens to our north.

TONIGHT: Mostly cloudy and continued mild. Lows in the upper 20s to around 30. Northwest to north winds at 5 mph or less.

TOMORROW: Mostly cloudy. Highs in the mid 30s. Northwest winds at 8 to 16 mph becoming westerly in the afternoon.

SUNDAY: Mostly cloudy with a chance of light rain or snow showers, especially in the afternoon. Highs in the mid 30s. South winds shift to the west and increase to 15-25 mph by the afternoon. Gusts up to 40 mph possible.