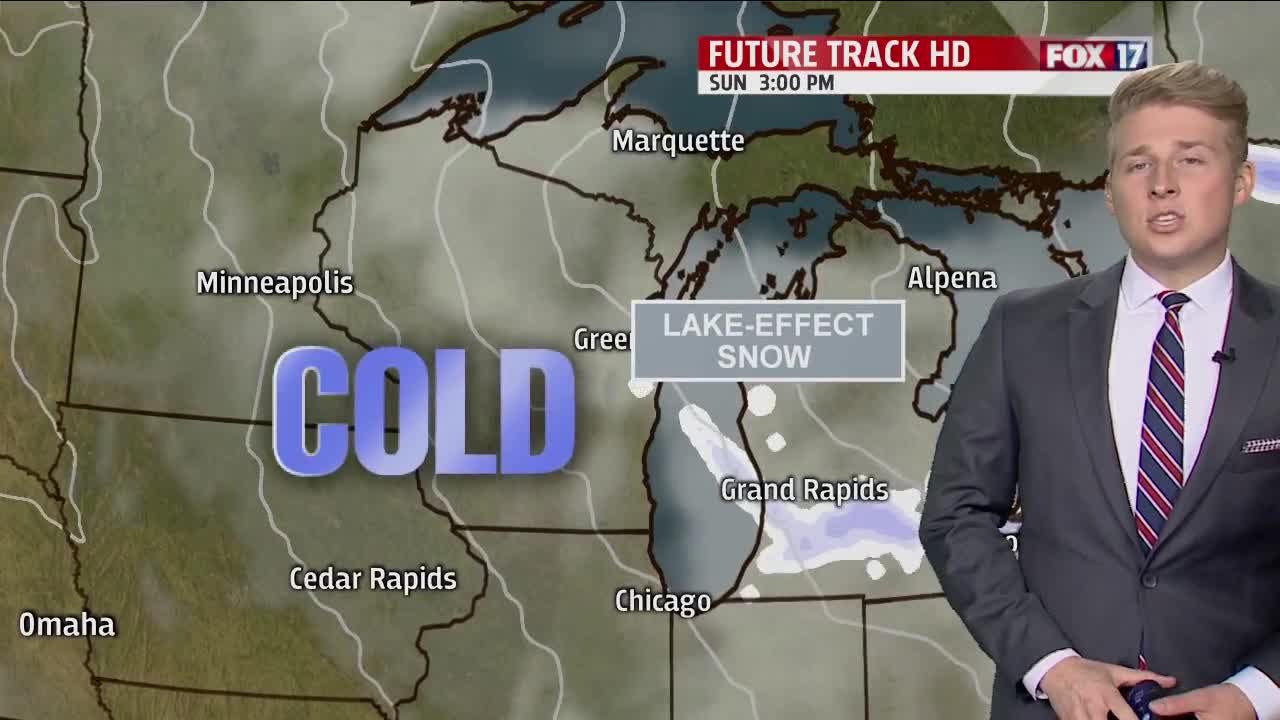 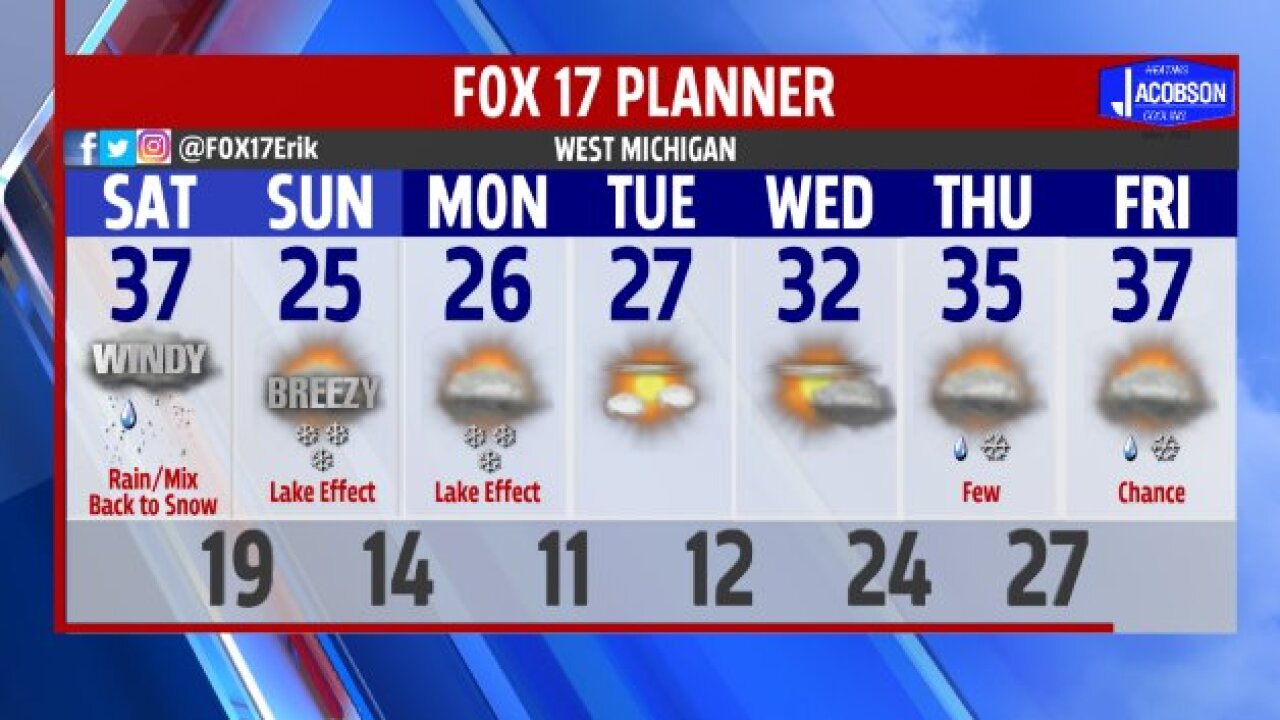 GRAND RAPIDS — The forecast from FOX 17 Meteorologist Erik Kostrzewa: Our next winter storms continues to build east/northeastward toward the Great Lakes region. Ahead of this storm system, snow will develop later this evening and continue into early Saturday morning. There will probably be a period of rain or at least a rain/snow mix late Saturday morning into the early afternoon. By late afternoon tomorrow, a change back to all snow is expected. Accumulations between 4 to 7 inches, isolated 8 to 9 inches of snow will be common before the changeover to rain tomorrow morning. Once we switch back to snow showers later tomorrow afternoon, we can pick up another 2 to 5 inches with localized higher amounts through the back half of the weekend.

TONIGHT: Snow develops mid-evening. Snow will be light at first but becomes heavy for the overnight. Lows in the middle 20s. Southeast winds at 10 to 20 mph.

TOMORROW: Early morning snow shifts to rain then back to snow showers by late afternoon. Highs in the middle to upper 30s. Windy with southeast winds at 15 to 20 mph becoming west/southwest at 20 to 30 mph.

TOMORROW NIGHT: Windy with lake effect snow showers. Lows in the upper teens to around 20. West winds at 15 to 25 mph.

SUNDAY: Mostly cloudy with gusty winds and bitter cold air. Lake effect/lake enhanced snow showers are possible through the day. Highs in the mid 20s. West/northwest winds at 10 to 20 mph.