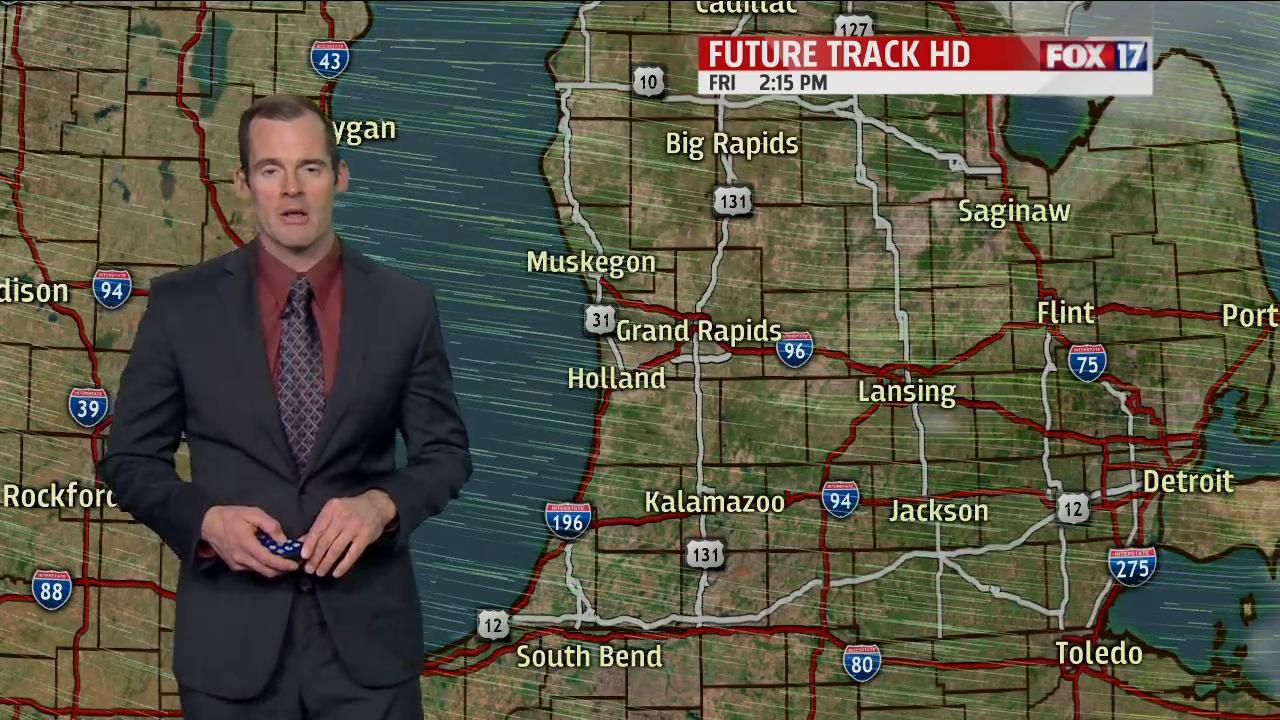 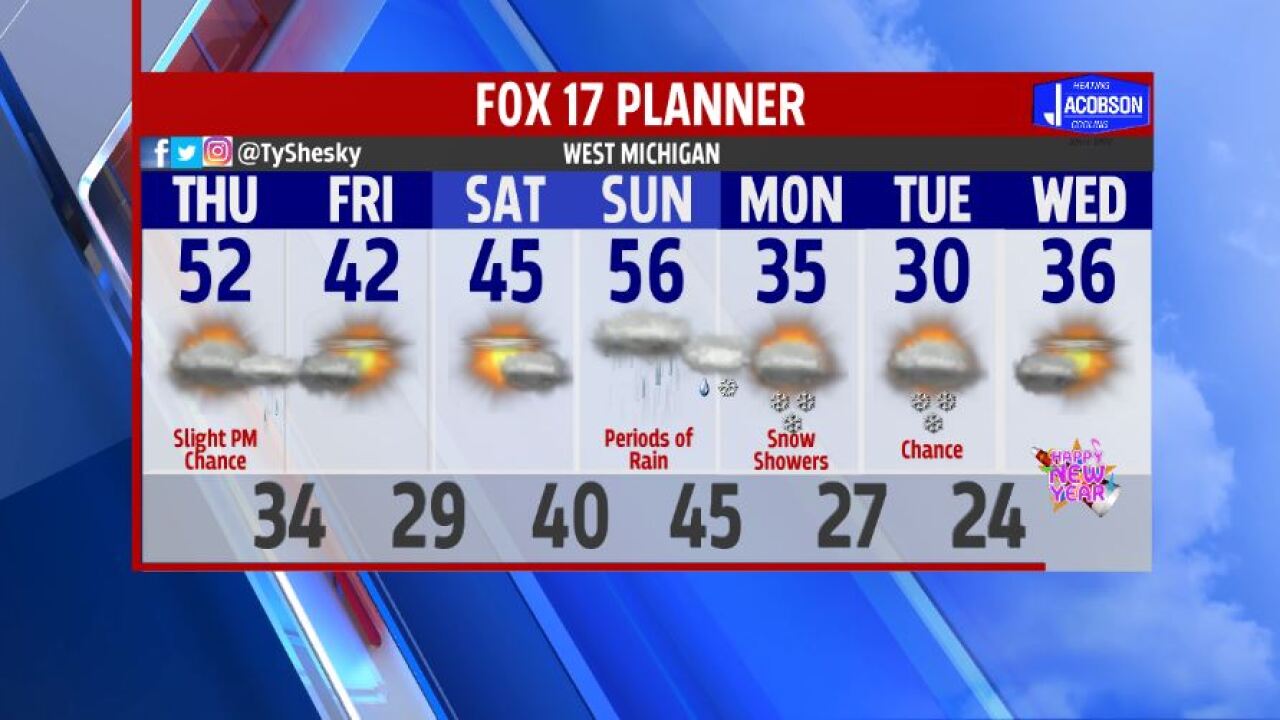 WEST MICHIGAN — The forecast from FOX 17 Meteorologist Ty Shesky: The unseasonably warm temperatures will continue over the next few days with highs into the 40s and 50s. Temperatures will drop to near-average levels early next week with a chance of snow by Monday and Tuesday.

TONIGHT: Partly to mostly cloudy. Patchy fog possible. Unseasonably mild with lows in the upper 30s to near 40. Light and variable wind.

TOMORROW: Mostly cloudy with the slight chance for an afternoon shower. Highs in the lower 50s. Southwest winds at 5 to 10 mph.

TOMORROW NIGHT: A shower possible, mainly during the evening. Mostly cloudy and continued mild with lows in the middle 30s. Southwest winds at 5 to 10 mph.

FRIDAY: Partly sunny and cooler. Morning highs in the lower 40s, with temperatures dropping into the 30s during the afternoon. West winds at 5 to 15 mph.