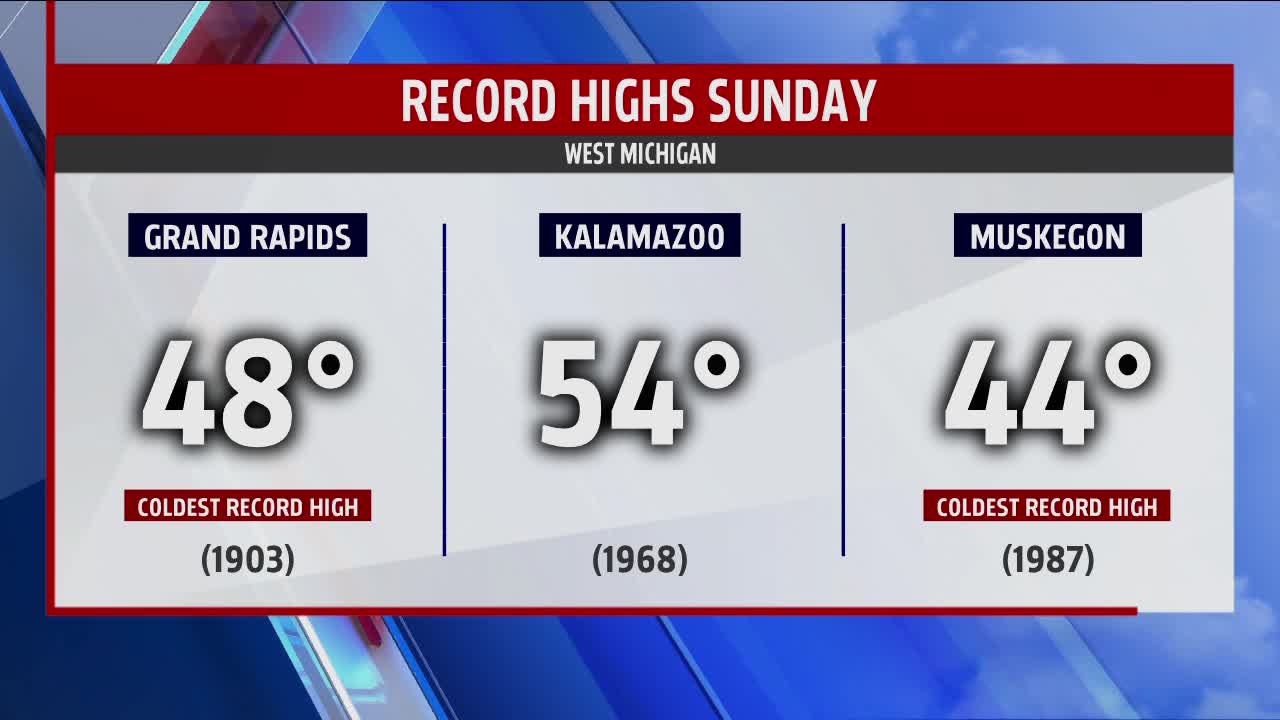 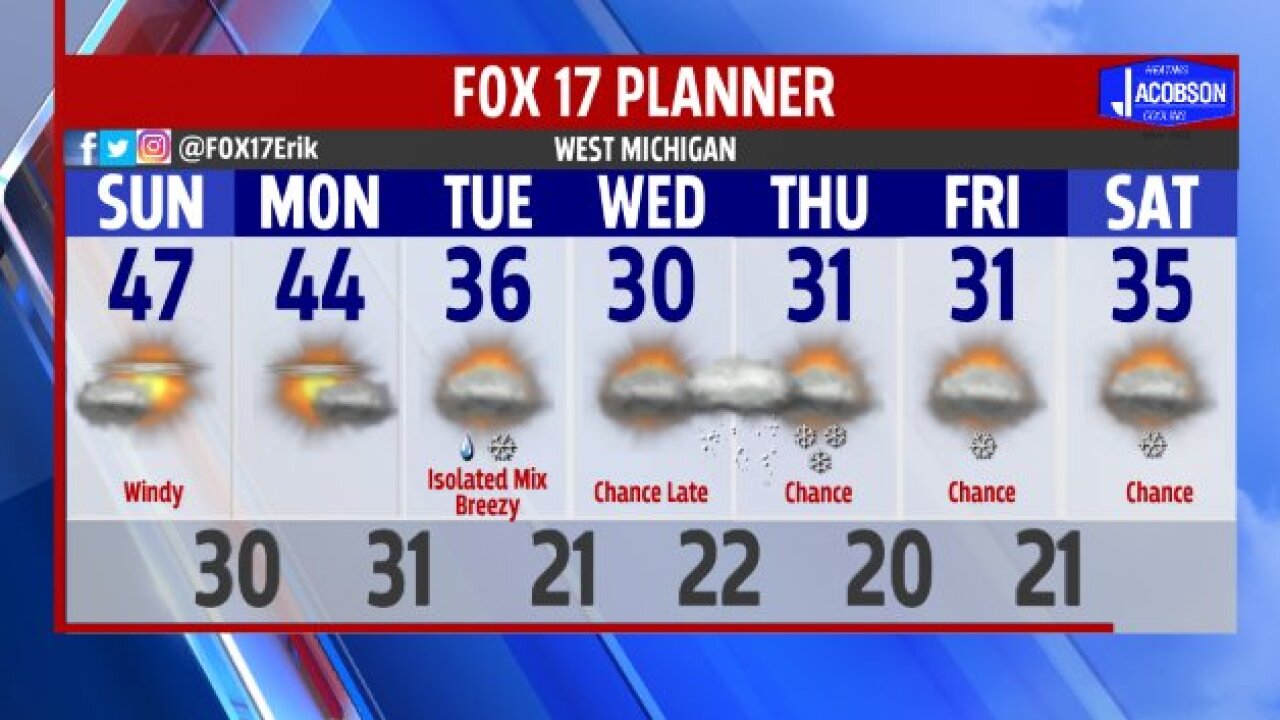 GRAND RAPIDS — The forecast from FOX 17 Meteorologist Erik Kostrzewa: A warm front will race through the area tonight, kicking up our winds and temperatures! Highs tomorrow could make it into the upper 40s with winds gusting up to 35 mph. Sunshine will also begin to return by the afternoon and will remain into the evening! Sunshine will stick with us into Monday with mild temperatures in the low to mid 40s. Wintry weather returns Tuesday through the end of the week.