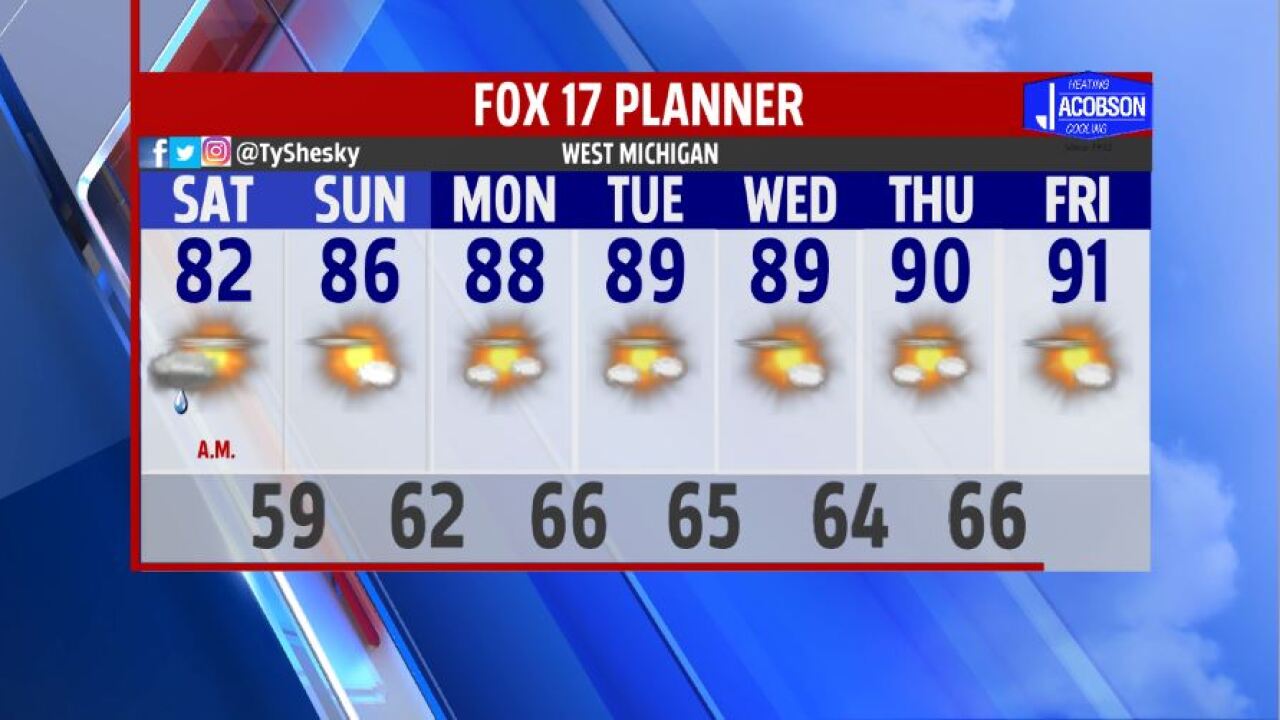 WEST MICHIGAN — The forecast from FOX 17 Meteorologist Ty Shesky: Cloud cover late this morning and this afternoon is more extensive than we anticipated, which is keeping our atmosphere somewhat more stable. Showers and storms will still develop this evening along a warm front, but widespread severe weather looks less likely now. There could still be a few isolated wind gusts of 60 mph or higher on the leading edge of these storms, and locally heavy rain is still likely in spots. After some lingering showers and a few rumbles tomorrow morning, there will likely be some afternoon clearing with somewhat less humid air behind a weak cold front. It still looks warm with low to mid 80s, and warm/dry weather is expected for much of the 7 day forecast.

TONIGHT: Numerous showers and thunderstorms. A few isolated storms could be severe, but most will just bring a heavy rain threat. Warm and muggy with lows in the mid/upper 60s. West/southwest winds at 5 to 15 mph.

TOMORROW: A chance of a few early morning lingering showers, otherwise becoming partly cloudy by afternoon. Highs in the lower to middle 80s. West/northwest winds at 7 to 14 mph.

TOMORROW NIGHT: Mostly clear and cooler. Lows in the upper 50s to around 60°. Northwest wind around 5 mph becoming light and variable.

SUNDAY: Mostly sunny. A bit warmer with highs in the mid 80s. East/northeast winds at 5 to 10 mph.