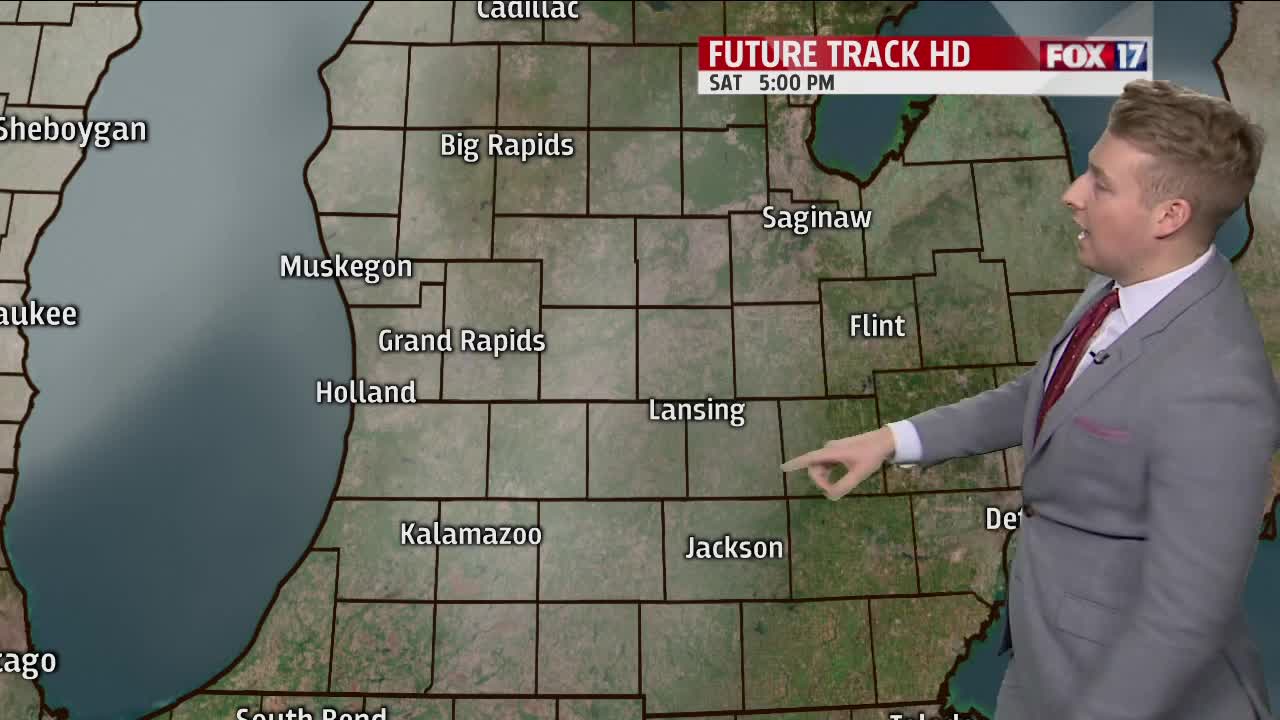 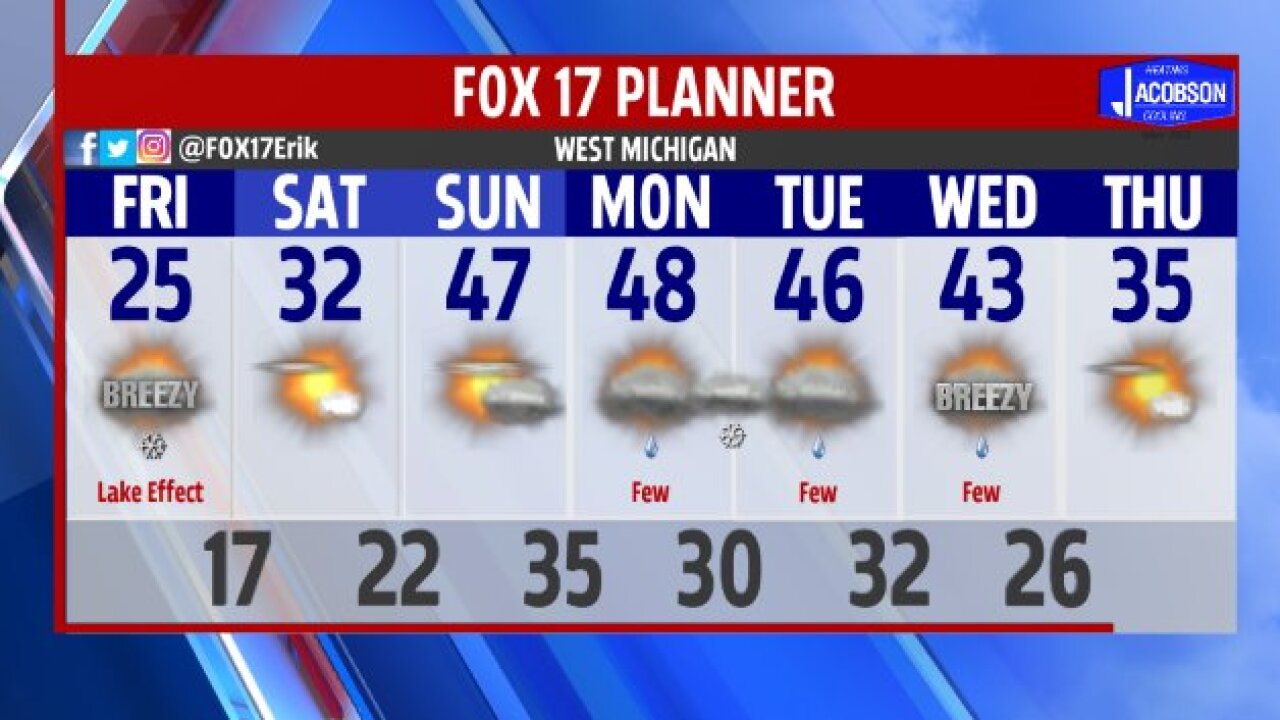 GRAND RAPIDS — The forecast from FOX 17 Meteorologist Erik Kostrzewa: An upper level disturbance moving across the area increases the chance of lake effect snow showers along/west of U.S. 131 for tonight. Only a dusting to an inch is expected through Friday in these locations, with a few isolated two inch totals of fluffy light snow possible. High pressure will settle in for the weekend giving us sunshine and dry conditions.

TOMORROW: A few flurries or lake effect snow showers possible. Little or no additional accumulation expected. Breezy and continued cold with highs in the middle 20s. West/northwest winds at 15 to 20 mph.

TOMORROW NIGHT: Mostly cloudy during the evening, then decreasing clouds overnight. A few flurries still possible, mainly by Lake Michigan. Lows in the mid to upper teens. West/northwest winds at 8 to 16 mph.

SATURDAY: Becoming mostly sunny. Not as cold with highs in the lower 30s. West winds at 5 to 15 mph becoming southwesterly in the afternoon.

SUNDAY: Partly sunny and warmer. Highs in the middle to upper 40s.