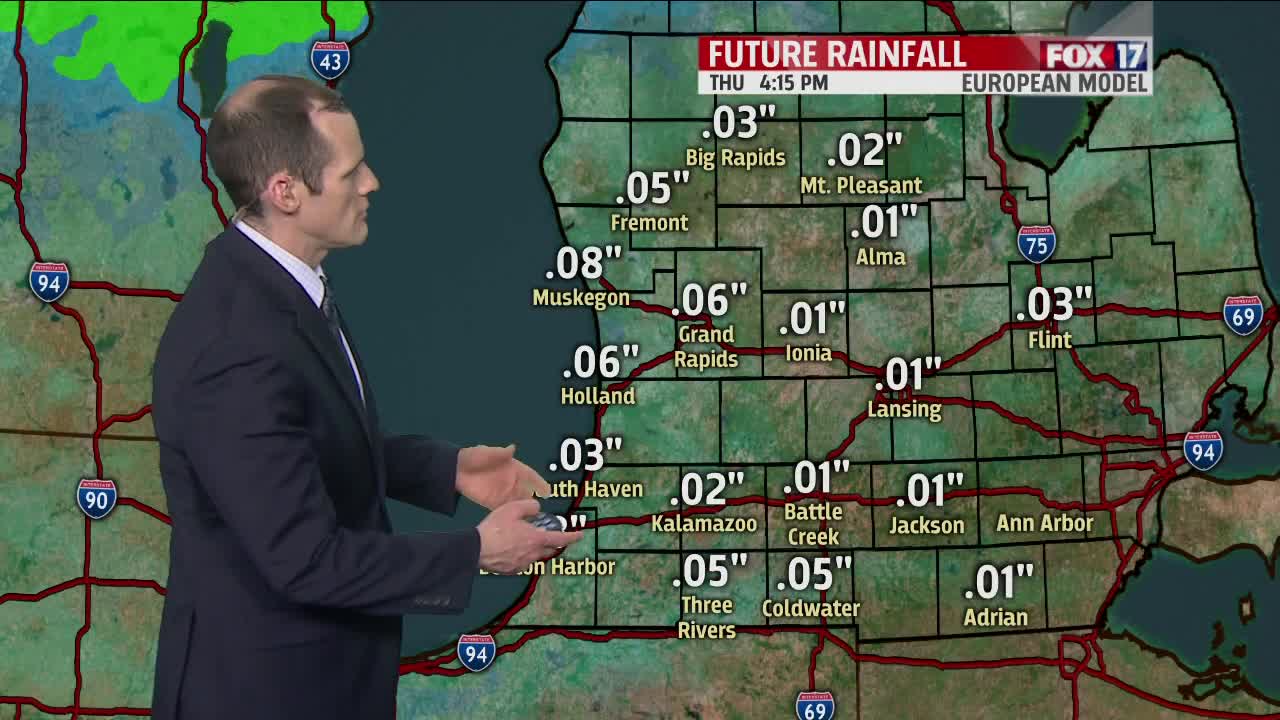 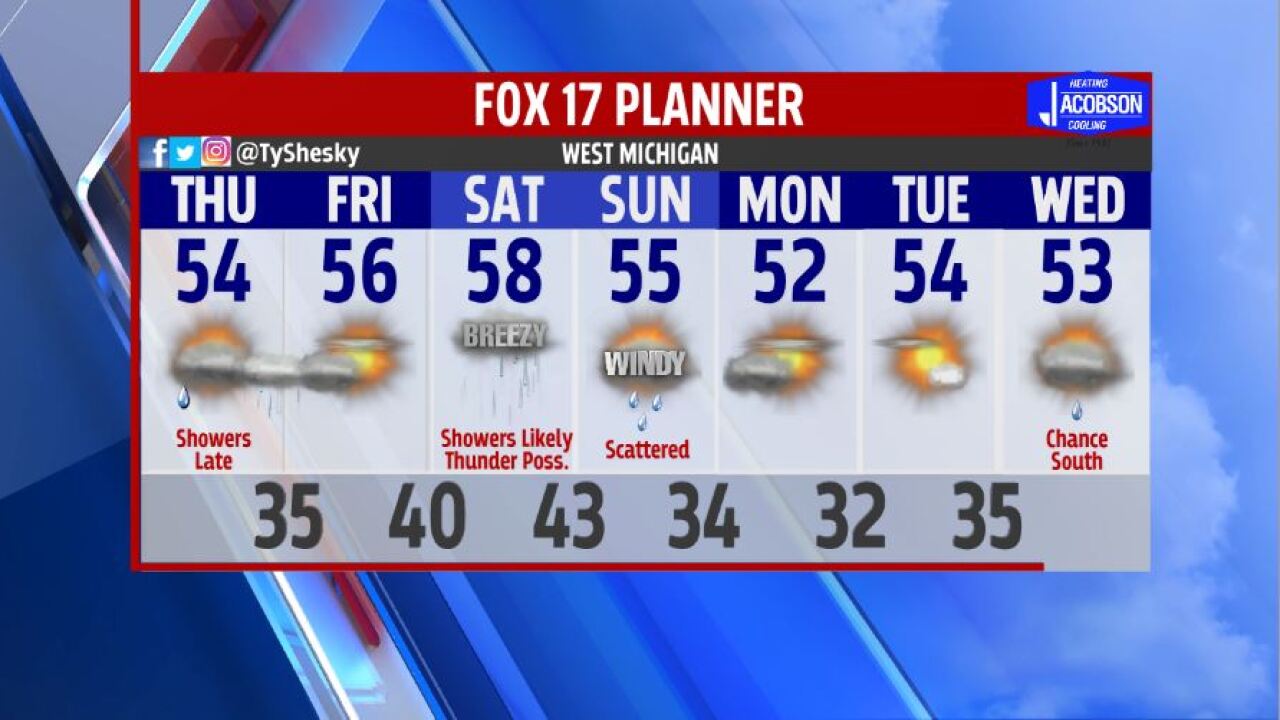 WEST MICHIGAN — The forecast from FOX17 Meteorologist Ty Shesky: A weak disturbance passing just to our south tonight will bring clouds back to the area and a few showers well after midnight. Rainfall amounts with this weak system will be under 0.1" in most areas. However, a somewhat more substantial rain is expected Thursday night into Friday morning as a more organized low pressure system at the surface passes just to our south. Even heavier rain is possible over the weekend, especially on Saturday.

TONIGHT: Becoming mostly cloudy with a chance of light rain showers well after midnight. Lows in the lower 40s. Winds south/southwest at 5 to 10 mph.

TOMORROW NIGHT: Showers likely. Lows in the middle to upper 30s. Northeast winds at 5 to 15 mph.