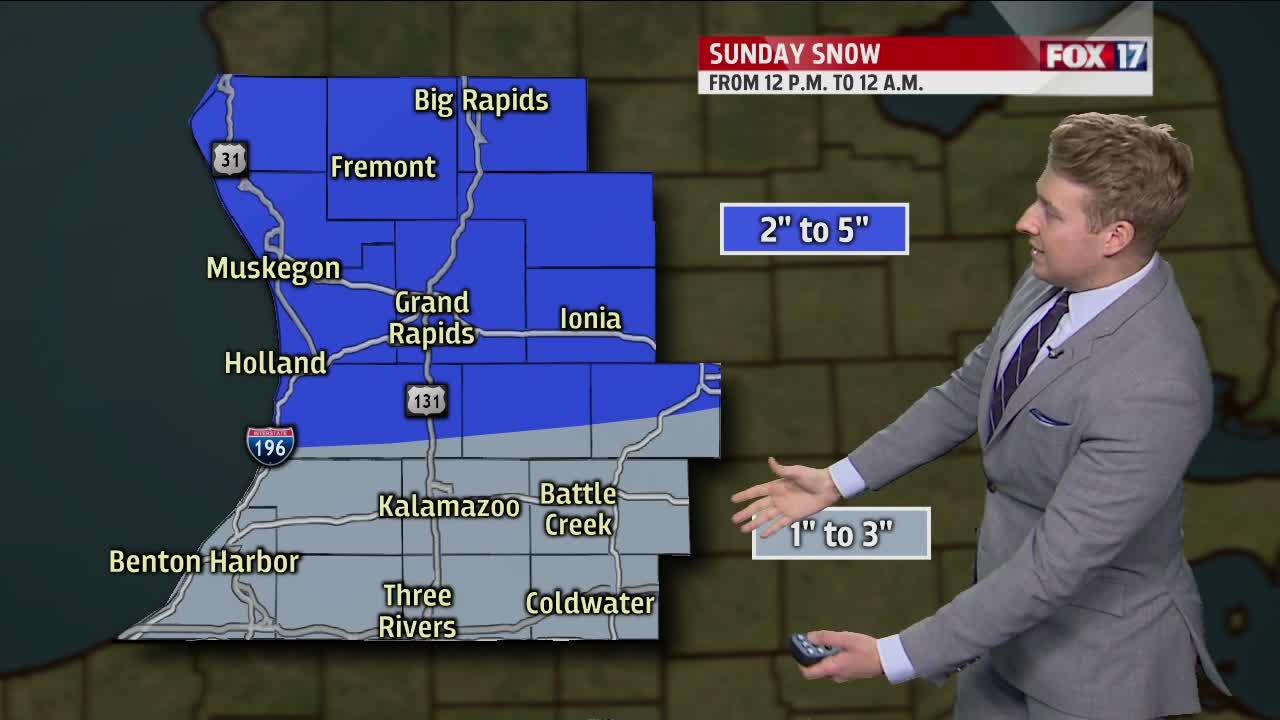 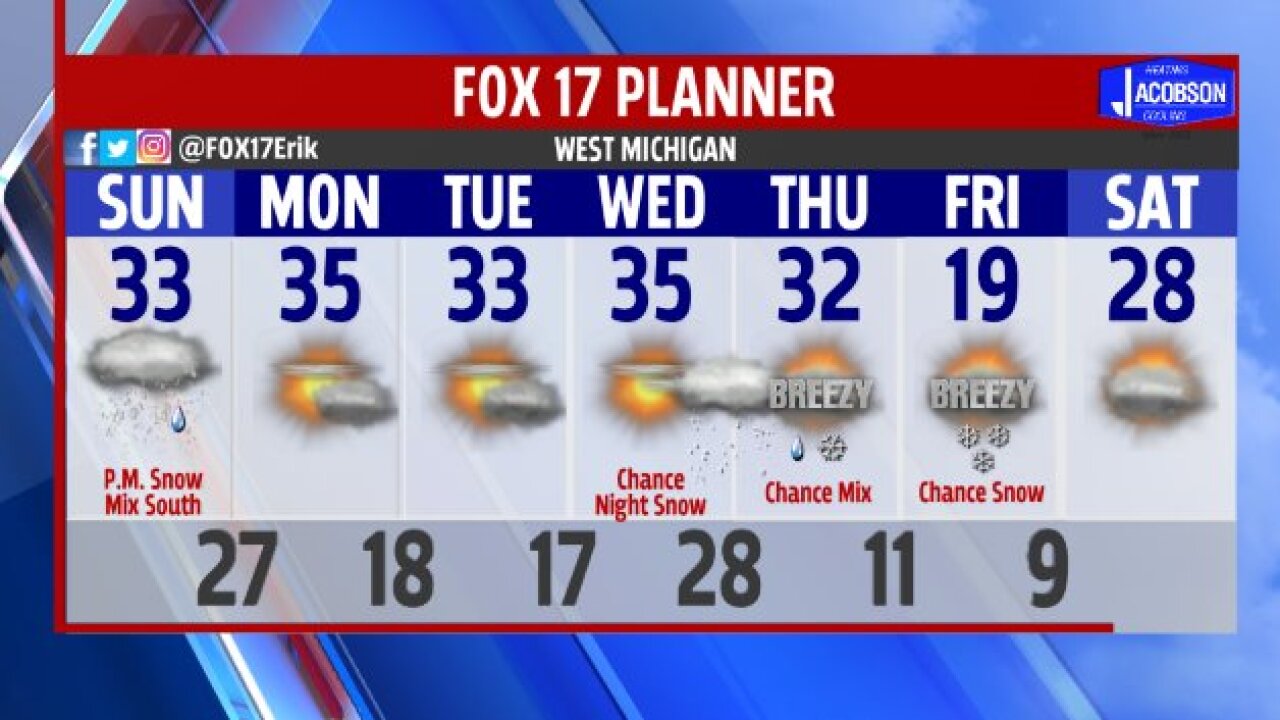 GRAND RAPIDS — The forecast from FOX 17 Meteorologist Erik Kostrzewa: Light snow showers overnight won't amount to much but it will set the stage for even more snow tomorrow. After a partly sunny morning, the afternoon and evening will be engulfed by snow. Heaviest snow will be from 2 p.m. to 7 p.m. with light snow before and after. Snow won't begin until around and after noon. By the time we get towards midnight, 2" to 4" of snow will have accumulated. Highest amounts will be in the north with some spots approaching 5" and lowest amounts will be in the south. Some spots could also change over to rain south of I-96. Those that do change over in the evening will likely stay between 1" to 2" of snow.

SUNDAY: Snow develops early afternoon, goes into the evening. Accumulations of about 2" to 4" expected. Highs in the low 30s. South to southeast winds at 10 to 15 mph.

TUESDAY: Partly sunny. Highs in the low to mid 30s.