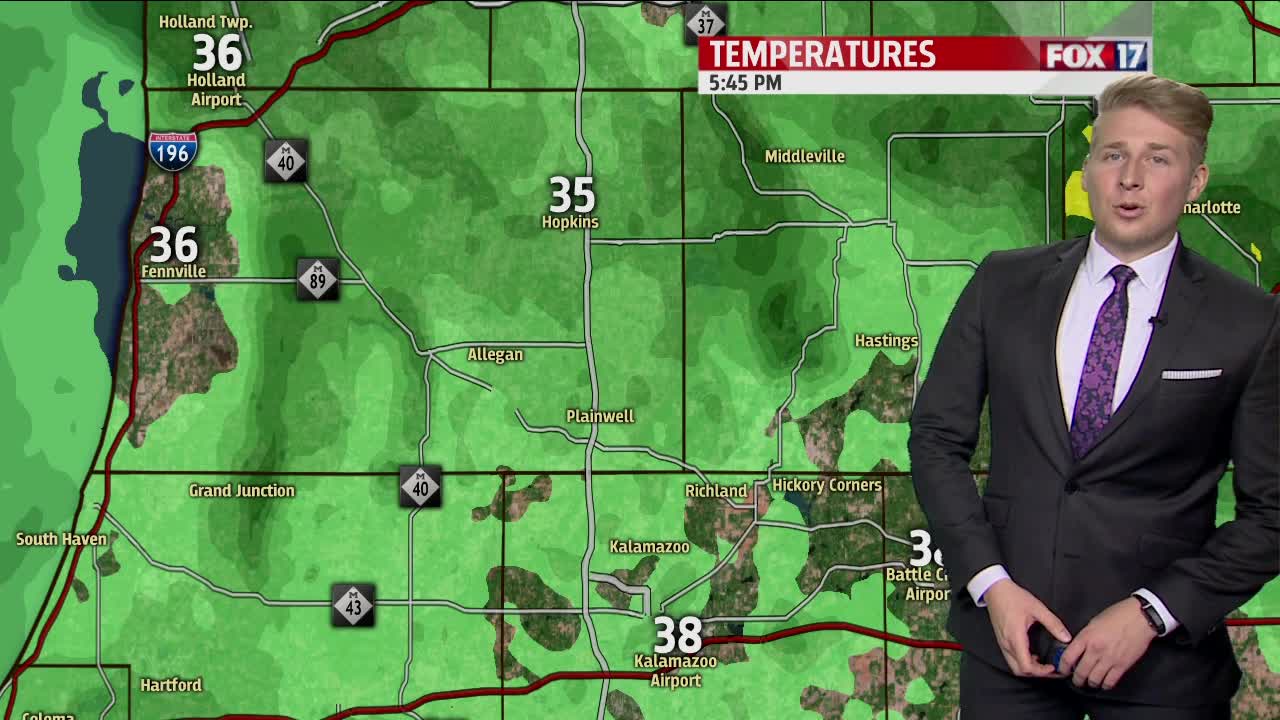 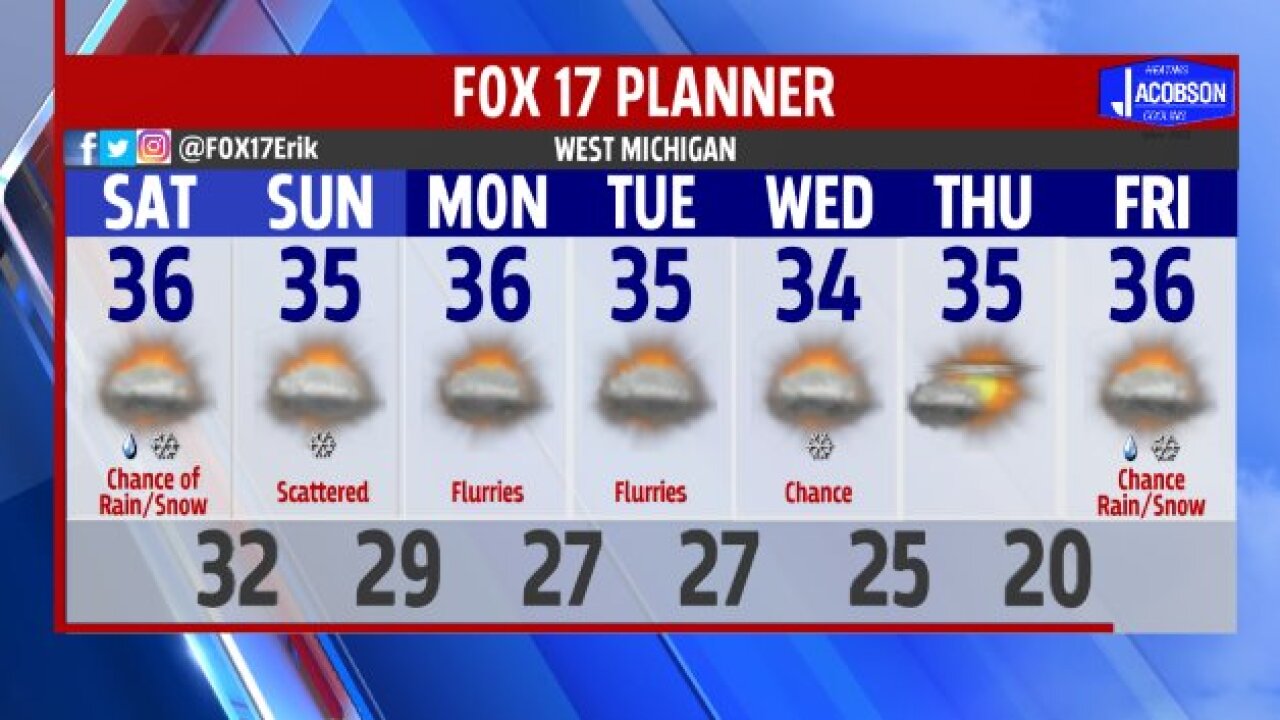 WEST MICHIGAN — The forecast from FOX 17 Meteorologist Erik Kostrzewa: A slow-moving low pressure system will continue to approach from the south tonight through the weekend. This means a continuation of scattered rain and snow showers through Sunday. The atmosphere remains mild for the season and so accumulation will be minimal, if any, through the weekend. The best chance would be on Sunday with up to half of an inch of snow. Expect temperatures to remain slightly above normal for the foreseeable future. No big storms are expected over the next 7 days! Little to no sun is also anticipated :(

TONIGHT: Cloudy. Periods of light rain continue. Some snowflakes could mix in at times. Lows in the low to mid 30s. East winds turn to the south at 5-10 mph.

SATURDAY: A mix of light rain and snow showers. Highs in the mid/upper 30s. Light south to southwest winds.

MONDAY: Mostly cloudy with a few snow flurries. Highs in the middle 30s.