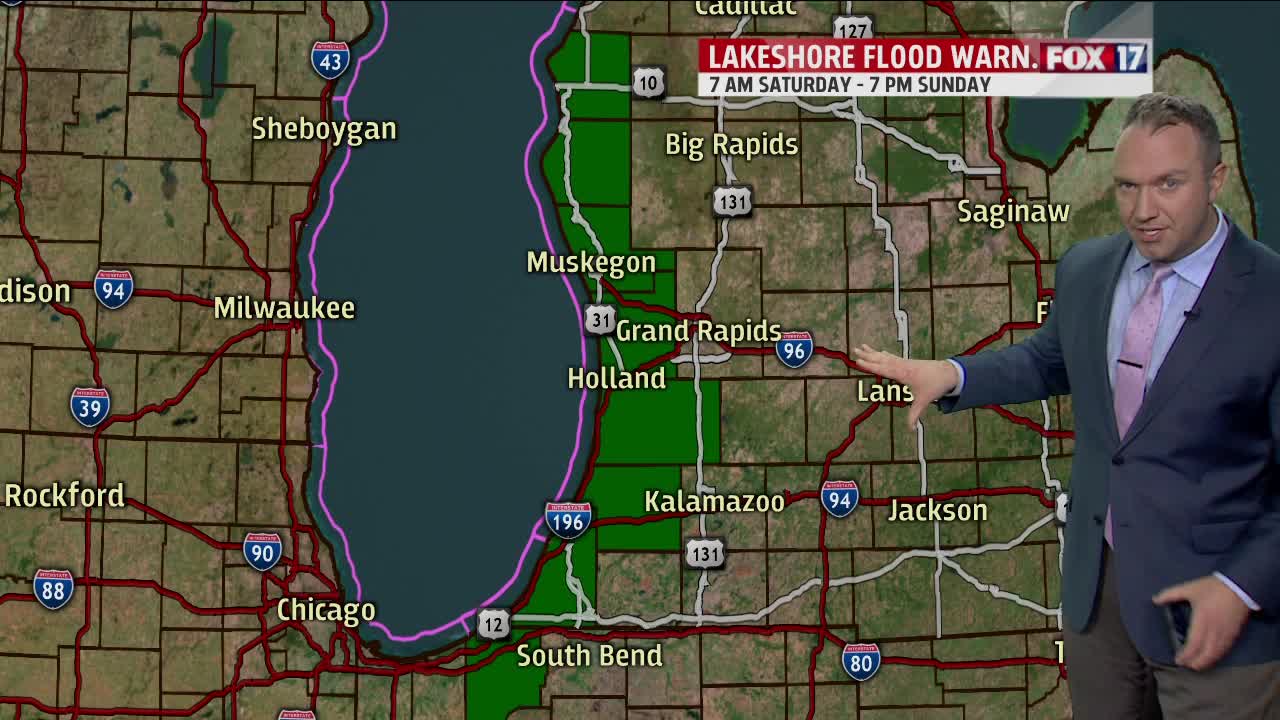 Rain shifts back to snow 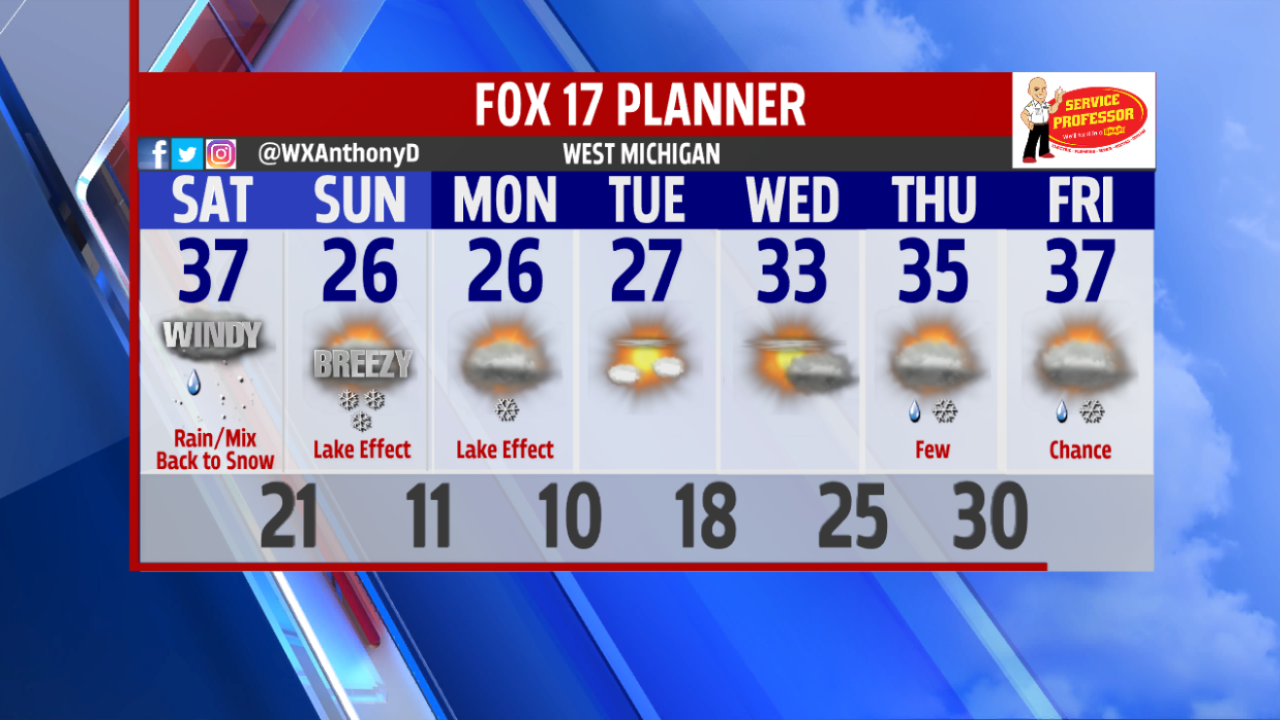 GRAND RAPIDS — The forecast from FOX 17 Meteorologist Erik Kostrzewa: Snow showers, some heavy, continue to fall across West Michigan with the second round coming off of Lake Michigan. Blowing and drifting snow is likely through Sunday, meaning roads will likely remain slick. Accumulations from the lake-effect portion of this storm will likely be in the range of 2-5 inches with localized amounts closer to 6". Snow will end Monday with some sun returning.

TONIGHT: Windy with lake effect/lake enhanced snow showers. Lows in the upper teens to around 20. West winds at 15 to 25 mph gusting higher.

MONDAY: Partly sunny with a few flurries or an isolated light snow shower lingering. Highs in the middle 20s.