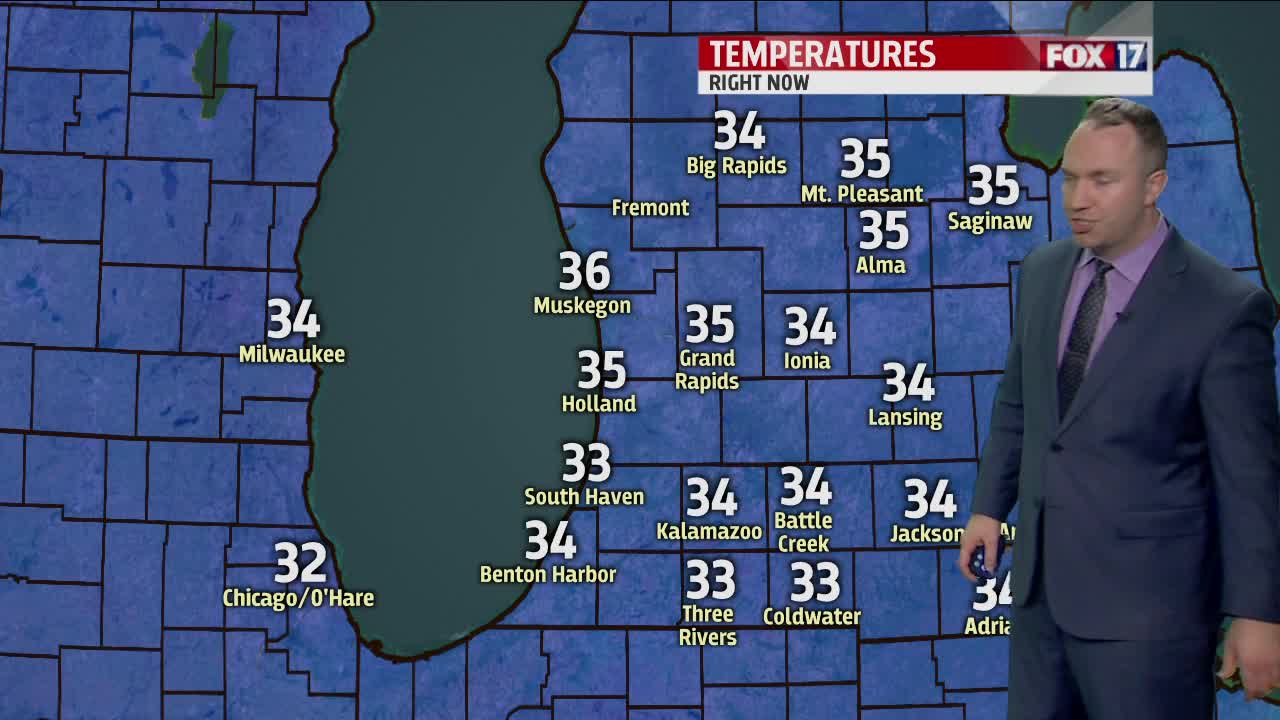 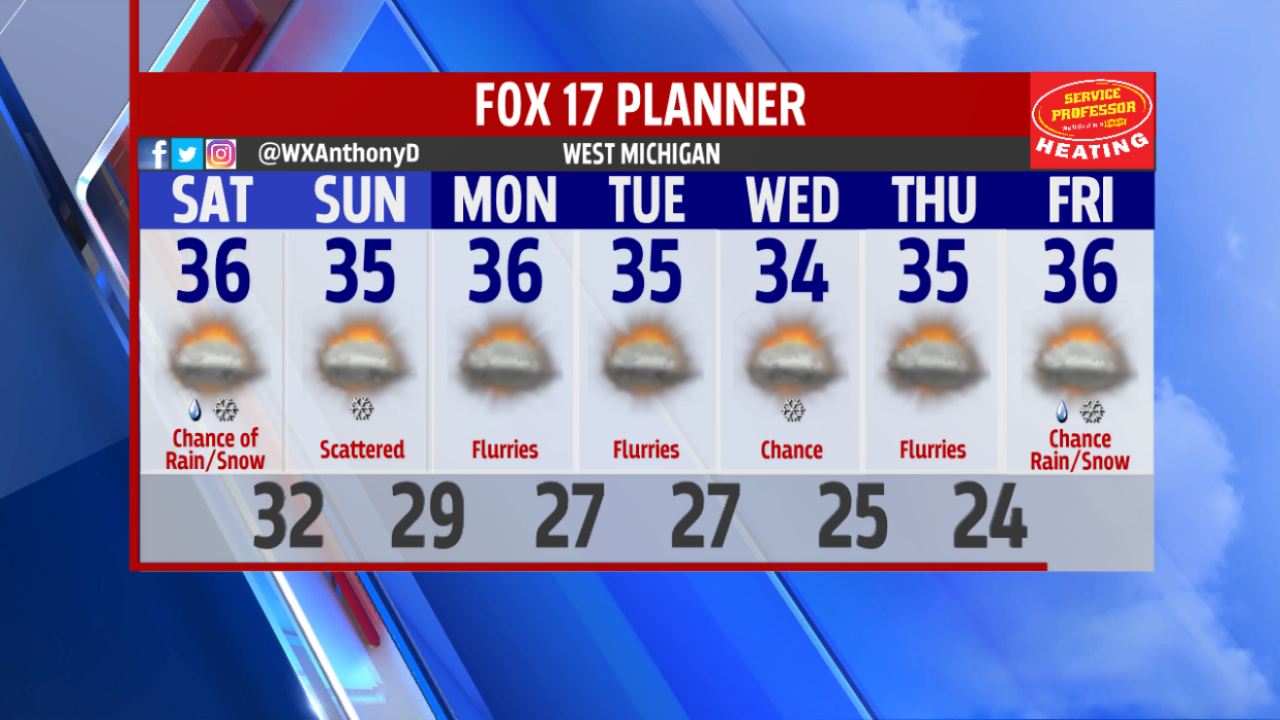 WEST MICHIGAN — The forecast from FOX 17 Meteorologist Erik Kostrzewa: Light snow showers will continue on and off tonight into Sunday. Minimal, if any, accumulation is expected. The best chance would be on Sunday with up to a quarter of an inch of snow. Expect the overall mild and benign pattern to continue for the foreseeable future. No big storms are expected over the next 7 days! Little to no sun is also anticipated :(

MONDAY: Mostly cloudy with a few snow flurries. Highs in the middle 30s.

TUESDAY: Mostly cloudy with a few snow flurries. Highs in the lower 30s.