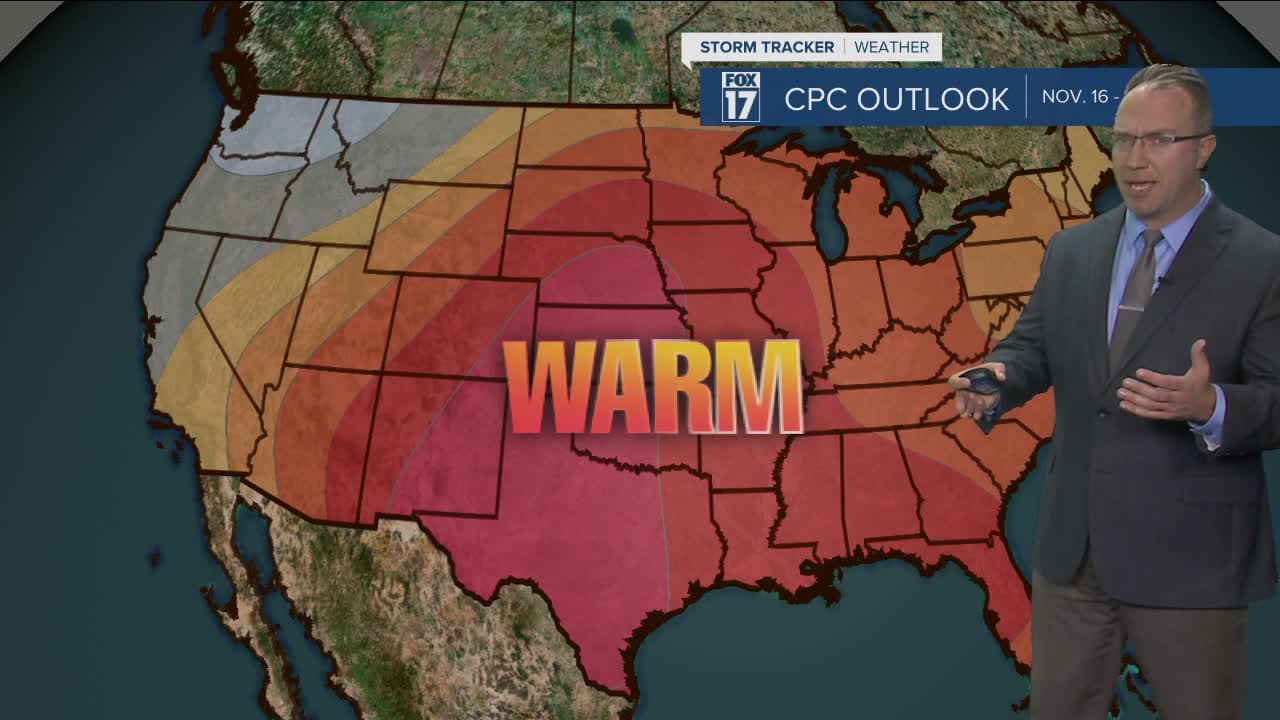 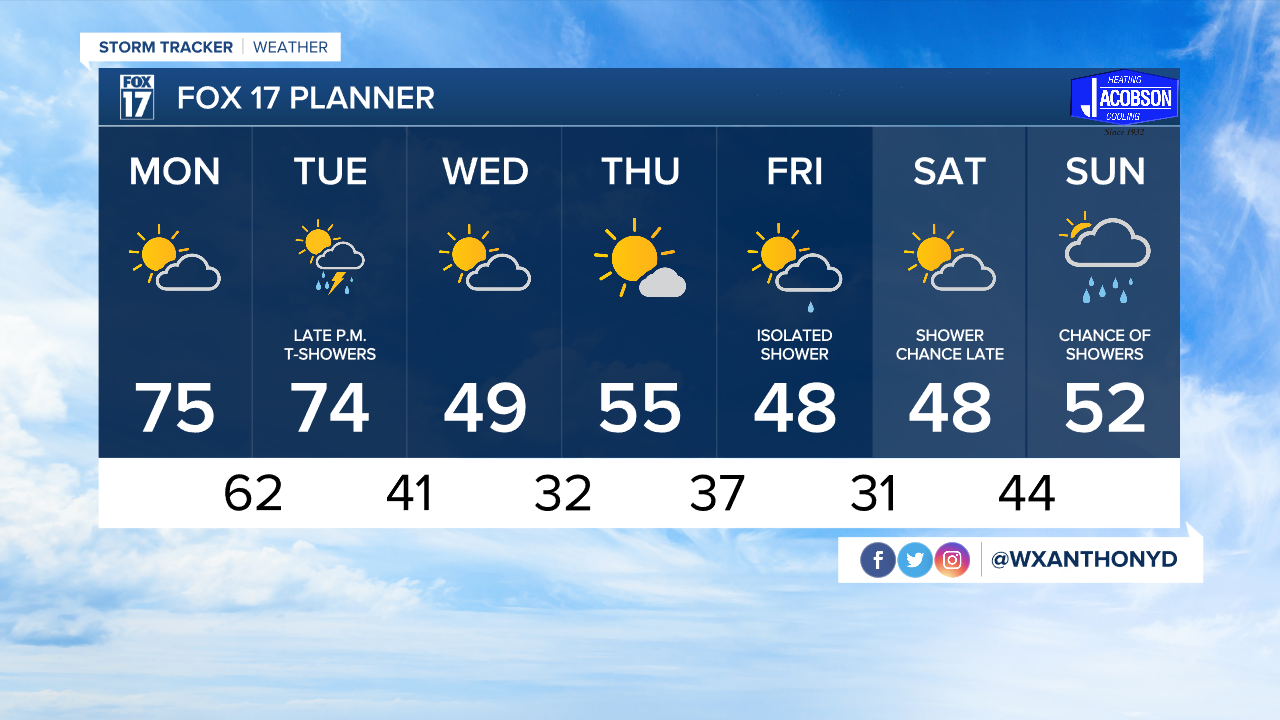 WEST MICHIGAN — The forecast from FOX 17 Meteorologist Anthony Domol: The record-setting warmth that began Saturday and continued Sunday will roll into Monday and Tuesday as high pressure sits to our southeast, setting up a southerly flow on its west side. This pattern won't change until Tuesday evening when a cold front pushes into the area with a period of rain and thunder, followed by cooler temperatures for the remainder of the workweek into next weekend.

TONIGHT: Partly cloudy and unseasonably mild. Lows in the upper 50s. South winds at 5 to 10 mph.

TUESDAY: Increasing clouds with more record setting warmth. Windy with highs in the lower to middle 70s. Showers and storms develop after dark.

WEDNESDAY: Back to temperatures around normal, the warmth is over! Highs will be in the lower 50s with an isolated shower early in the morning. Otherwise, partly cloudy.