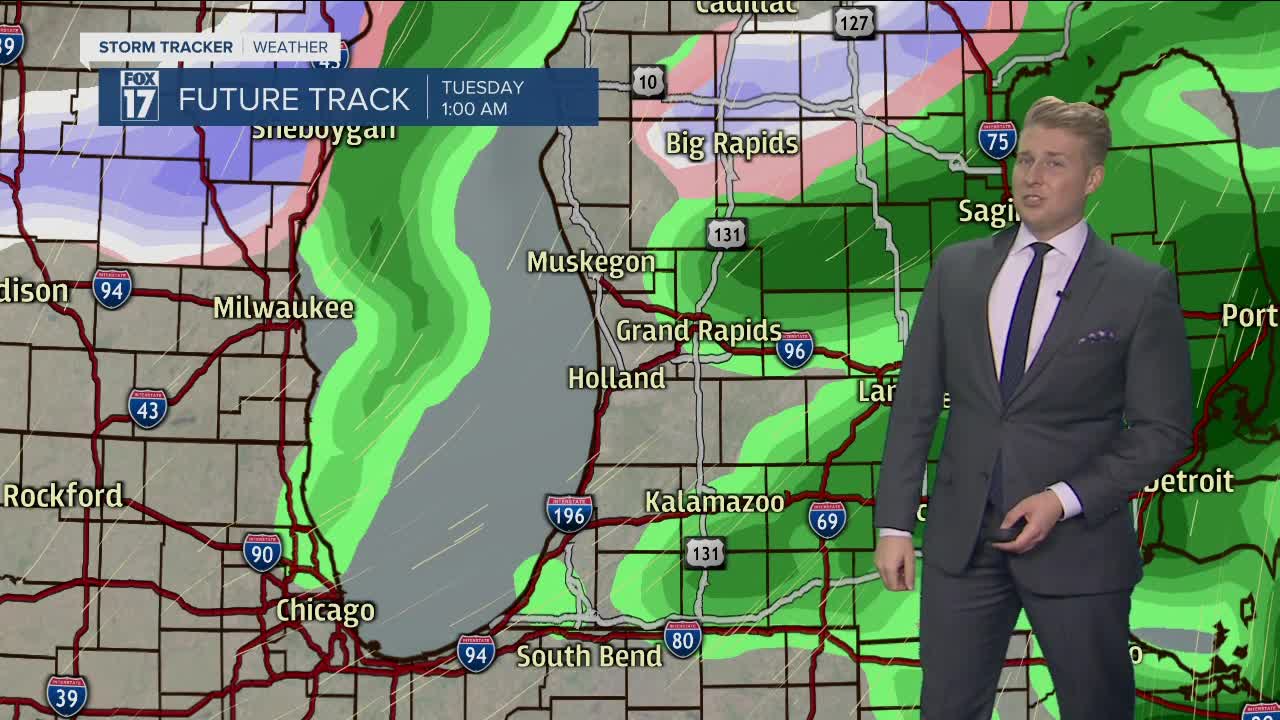 Dreary Sunday ahead with chilly rain 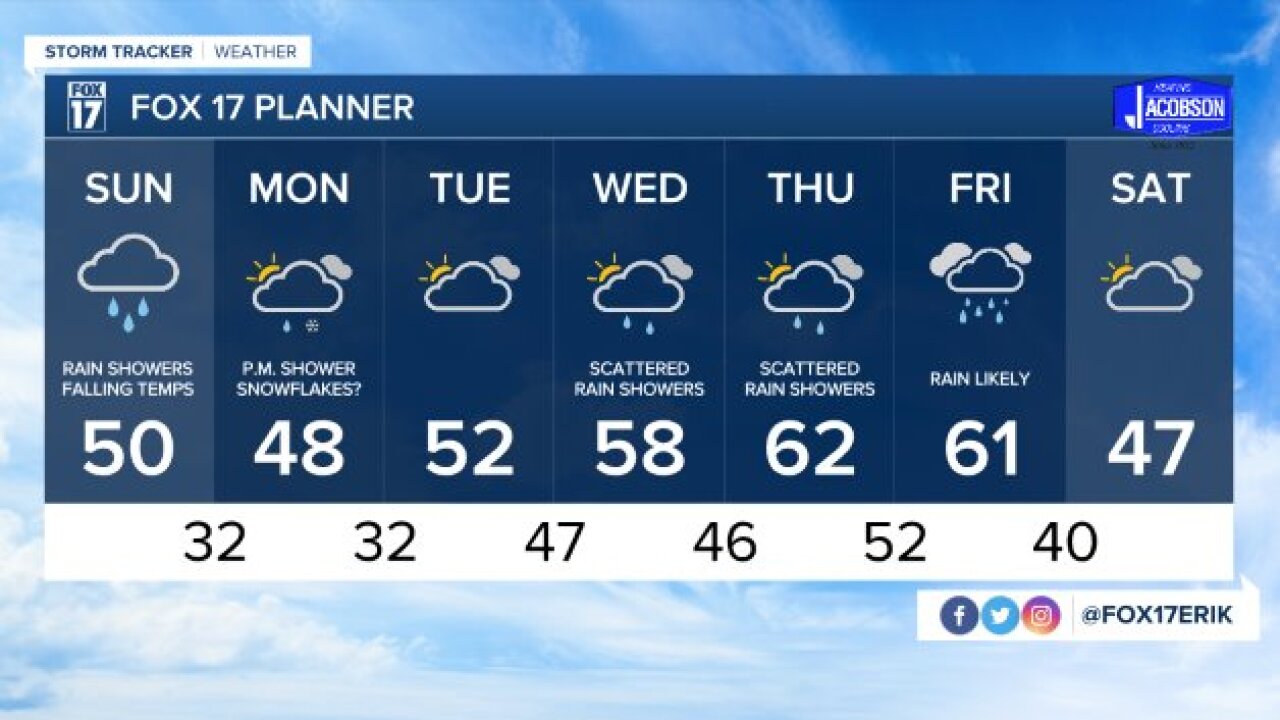 WEST MICHIGAN - The forecast from FOX 17 Meteorologist Erik Kostrzewa: We expect rain showers to continue to develop tonight and become widespread on Sunday along and behind a cold front sliding through the state. The warmest temperatures will occur early Sunday morning around 50°, then fall into the 40s through the day. Skies will clear overnight Sunday leading to another frost filled night. Monday will be mainly dry with some sun, but cold in the 40s. Another system will swing in during the evening bringing mainly rain, but possibly some light snow in the northern counties.

TONIGHT: Mostly cloudy and breezy with a chance of showers. Lows in the 50s most of the night, then falling into the low/mid 40s around/after daybreak. Winds south/southwest at 10 to 20 mph.

SUNDAY: Cloudy skies with a few scattered rain showers, especially through the first part of the day. In fact, we may see a few flakes or snow showers Sunday morning from Grand Rapids northward on grassy surfaces. It will be somewhat breezy and cool with highs near 50 in the morning, then falling into the low/mid 40s. Winds west-northwest at 7 to 14 mph.

MONDAY: Partly to mostly cloudy. Isolated rain chances. The rain could mix with snow at times. Highs still cool in the upper 40s.

TUESDAY: Partly sunny and dry. Highs in the low/middle 50s.