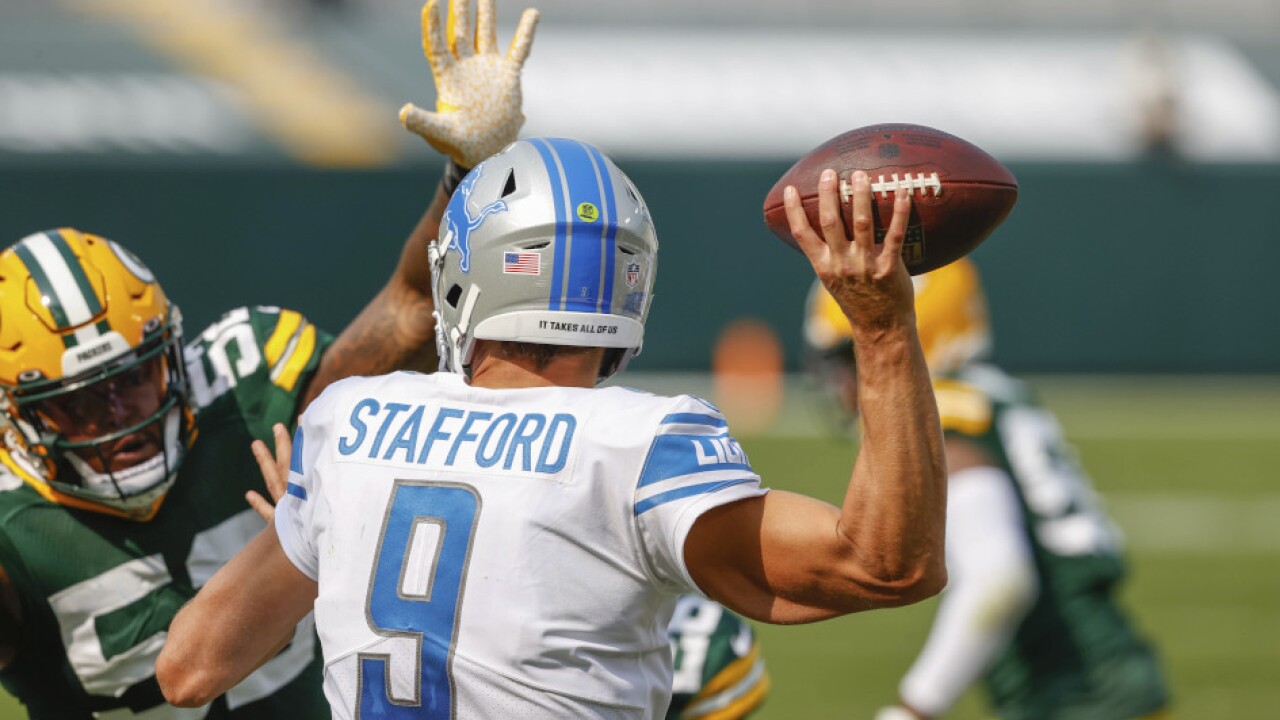 DETROIT (AP) — Aaron Rodgers had his 37th birthday recently and is showing no signs of slowing down.

In fact Rodgers is having one of his best seasons for the Green Bay Packers as they close in on winning the NFC North for the seventh time since 2011.

Detroit won at Chicago last week after being down in the fourth quarter by 10 points in interim coach Darrell Bevell’s first game in place of Matt Patricia.

The Lions are only one game behind a wild-card spot in the NFC, but they will close the season against Green Bay, Tennessee, Tampa Bay and Minnesota.